OceanaGold currently operates in the South Island of New Zealand and in the Philippines. The Company's assets encompass New Zealand's largest gold mine at Macraes, a new mine in the Reefton Goldfield also in New Zealand. The Company also has two development projects ongoing, Frasers Underground in New Zealand which will commission in early 2008 and the Didipio Gold-Copper Project in northern Luzon, Philippines scheduled for completion in early 2009. The Company expects to achieve gold production of approximately 500,000 gold equivalent ounces (AuEq) in 2009. OceanaGold is listed on the Toronto, Australian and New Zealand stock exchanges under the symbol "OGC". 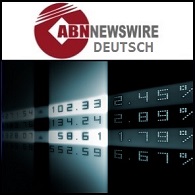