Mobilisation of SLR Rig 183 to the Beetaloo Sub-basin 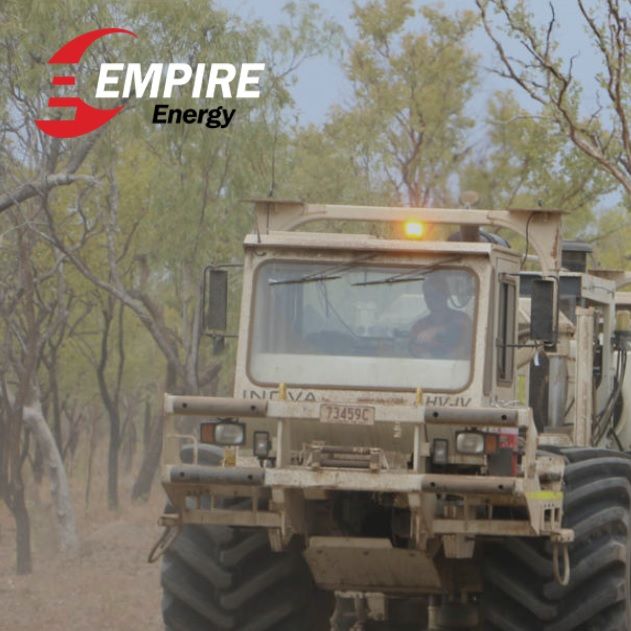 Civil works are progressing well in preparation for the drilling of Carpentaria-1 including water bore drilling, upgrading the access track, and preparing the well pad. In line with Empire policy, these civil works are being conducted by wholly owned and operated Northern Territory based companies and personnel.

The planned 2,900m well, will be drilled, logged, cored, cased and suspended, representing a major step forward in Empire's assessment of the eastern Beetaloo Sub-basin and the further appraisal of the known productive horizons within the thick Kyalla Shale and Velkerri Shale sequences which have been demonstrated to be hydrocarbon productive in Santos Limited and Origin Energy Limited wells to the west. Empire intends to re-enter Carpentaria-1 after the wet season to carry out a vertical fracture stimulation and extended production test.

The development of the Beetaloo Sub-basin oil and gas fields has been highlighted by the Northern Territory Economic Reconstruction Commission as central to plans for a strong and prosperous industrial future for the NT.