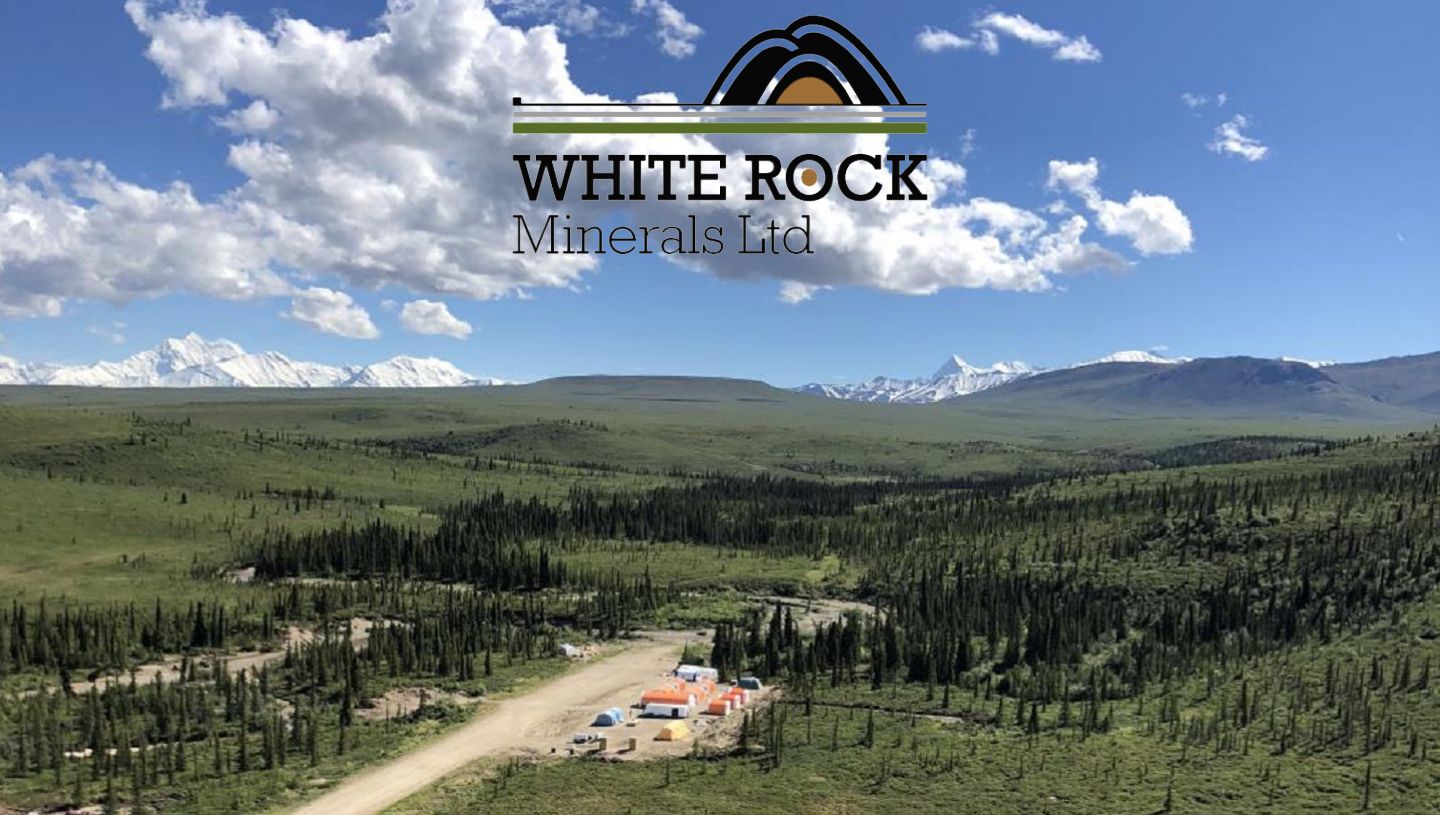 OTCMKTS:WRMCF) is pleased to provide an update on underground drilling and further assay results from the Kenny's target area at the Morning Star underground Gold Mine in Victoria. The Kenny's target area includes multiple high-grade gold structures including the Whitelaw Reef, the Upper and Lower Burns Reefs, and the Upper and Lower Campbell Reefs. This target area is located between 6 Level and 9 Level, at the northern end of the dyke where existing development provides access to the Whitelaw Reef and the immediate "high-grade" target area that is currently being assessed for its future mining potential.

During 2022 an underground drilling program comprising 6 holes for 526 metres was completed from 9 Level to provide infill definition of the Whitelaw "high-grade" target area along the eastern edge of the dyke. This program was a follow-up to an earlier program in 2021 where 27 holes for 1,002 metres were completed from 7 Level. Together with previous historic drilling and underground face sampling of minor stoping, a "high-grade" gold target area of some 100 metres strike length and up to 30 metres acrossstrike width has been defined on the Whitelaw Reef. The Whitelaw Reef target area, which contains numerous high-grade drill intercepts (Figure 1 and Table 1*), will now undergo a detailed assessment of its mining potential before being included in any production restart forecasts that include multiple "highgrade" gold target areas that continue to be assessed through the ongoing underground and surface drilling campaign.

The underground drill rig has now moved to the southern end of the mine, still on 9 Level, where it is completing definition drilling on extensions to the recently mined McNally Reef with a view to recommencing mining in the near term (Figure 2*). The underground drill rig will then resume drill testing the highly prospective Gap Zone between 10 Level and 14 Level in conjunction with continuing to drill nearer-term production targets above 9 Level as it progresses through different drill sites along 9 Level.

While the McNally Reef is being drilled, White Rock will undertake a mining assessment of the Whitelaw Reef to determine whether it can be included in future development and production plans or requires additional drilling to reach a decision point.

In addition to the McNally and Whitelaw Reefs as potential future mining areas for high-grade gold, the surface drill rig has been completing drill holes that will assist in the assessment of near-term development and production potential for a further two working areas close to the Main Shaft; the Age of Progress and Stacpoole Reefs, accessed via 2 Level, and infill drilling on the Dickenson Reef that can be accessed via 4 Level (Figure 2*).

These current drill programs potentially deliver four working areas for future mining, dependent on the outcome of an assessment of drilling results for each, providing White Rock with a pathway to recommence mining at:

1. McNally Reef extensions where development is in place to commence mining immediately;

2. Dickenson Reef where sufficient development is in place to commence mining in the short term;

3. Stacpoole / Age of Progress Reefs where development is in place and minor infrastructure requirements will allow mining to commence in the short term; and

4. Whitelaw Reef where minor development is required and more substantial infrastructure is needed to enable mining to commence in the mid-term.

While drilling at the Kenny's target area focused on the Whitelaw Reef, the target area also includes the Upper and Lower Burns Reefs, and the Upper and Lower Campbell Reefs. Each of these reefs had some historical exploitation. Drilling has targeted the extensions of these reefs down plunge to the north from areas of historic production, especially along the eastern edge of the dyke where the reefs come closer together.

Assay results have now been received for all holes except the last drill hole 22KPL9006. All drill assays >1g/t gold are provided in Table 3* below. 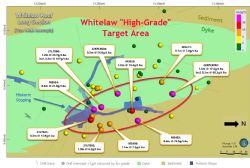 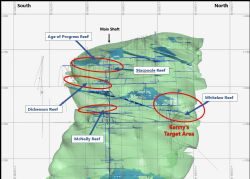 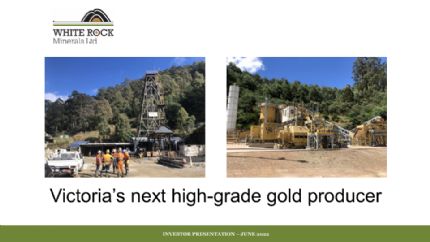