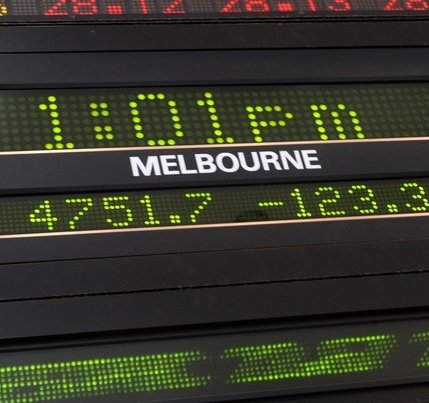 On Wednesday, Tokyo and Seoul shares opened lower after the US markets experienced a roller coaster. But Hong Kong shares are seen higher backed by the expectation that Chinese government will expand its stimulus plan.

It is reported that Chinese banks extended new domestic-currency loans between 800 billion yuan and 1 trillion yuan in February. Large-scale infrastructure projects invested by local governments remained as the focus of new bank lending in the period.

India's exports declined 16% in January to US$12.4 billion from US$14.7 billion in the corresponding period last year. Because of the sharper fall in import in January, the trade deficit has also shrank by around 23%.

South Korea's National Statistical Office figures showed that the nation's inflation rate rose in February, due mainly to higher prices of gasoline and gold. Consumer prices grew 4.1% in February from a year earlier while in January the CPI gained 3.7% from the previous year.

US based Memory chip maker Micron Technology Inc (NYSE:MU) said it is interested in restructuring Taiwan's DRAM companies and talks with the Taiwan government are underway. Market watchers anticipate that Taiwan's ProMOS (TPO:5387), Powerchip (TPO:5346) and Nanya Technology (TPE:2408) could be the companies involved.

Morgan Stanley on Wednesday cut its earnings forecasts for South Korea's steelmaker POSCO (SEO:005490), by roughly 20 percent for 2009 and 2010, due to falling steel prices.

Toyota (TYO:7203) is in talks with a Japanese government-backed bank on possible lending. But Toyota said no details had been decided.

The Shanghai International Airport (SHA:600009) reported a 49 percent fall in net profit in 2008, compared to 2007. The tumble was largely due to significant spending on a new terminal and runway.

Honda Motor Co. (TYO:7267) today admitted that it is seeking a loan from the Japanese government to help shore up funds at its U.S. operations, but no further details were not disclosed.