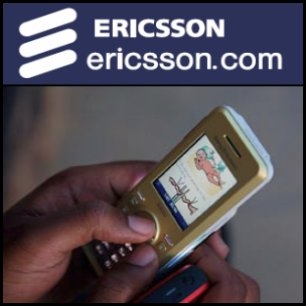 HKG:0941) to provide radio access equipment, which will boost the network's capacity and evolve it into an Internet Protocol, or IP, network. The Swedish company was also awarded a US$800 million contract by China Unicom (

HKG:0762)s to provide a faster third-generation network with HSPA Evolution technology, as well as IP and broadband equipment.

NYSE:VALE) to pay US$100-$110 per tonne of iron ore in the April-June quarter, reported a Japanese media. This represents a 90 per cent increase from the price in fiscal 2009.

HKG:0880) reported a 14 per cent rise in 2009 net profit thanks to stronger gaming revenue in the second half. Its net profit for the 12 months ended Dec. 31 was HK$906.7 million, up from HK$796.1 million a year earlier. The result was better than market forecasts while the company posted a 41% fall in first-half net profit on top of a 48% drop in 2008. SJM said it doesn't expect the Macau government's new policy to cap gaming tables to significantly impact the company's business.