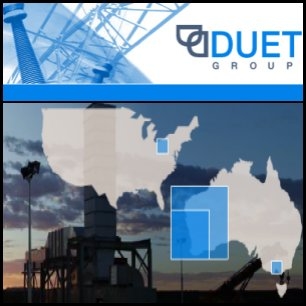 ASX:MQG) Friday reported a 21 per cent increase in net profit for the fiscal year 2010. Net profit after tax for the year ended March 31 2010 of A$1.05 billion, up from A$871 million in the 2009 financial year. The investment bank said the result reflects improved market conditions and diversification and global reach of Macquarie's business. The group has capitalised on the global economic downturn to develop opportunities to grow and evolve its business with a number of acquisitions. International income rose 43 per cent to A$3.35 billion and accounted for 52 per cent of total income. For the fiscal year 2011, Macquarie expects improved operating results across all its businesses.

ASX:AOE) said it has received approval from the Foreign Investment Review Board (FIRB) regarding the company board recommended Shell/PetroChina joint bid for the entire issued capital of Arrow, following the planned demerger of the international business and selected domestic assets. Under the proposed Demerger and Acquisition schemes, Arrow shareholders will be entitled to A$4.7 cash and a share in the demerged entity Dart Energy for each Arrow share they hold.

ASX:WOW) today reported third quarter sales of A$12.9 billion, up 4.7 per cent including petrol sales compared to the corresponding period a year earlier. Its supermarket division sales increased 4.6 per cent to A$11.19 billion while inflation during the quarter was zero. Woolworths revised sales growth guidance for the current financial year as it expects the second half to continue be impacted by low price inflation and the cycling of the government stimulus package. It now expects to be between 3 per cent and 6 per cent. The company reaffirmed full year guidance that the net profit after tax will grow in the range of 8 per cent to 11 per cent.