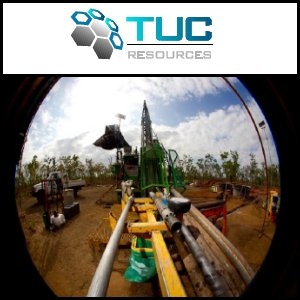 - Quantum Rare Earth Prospect, the latest drilling phase has been completed, extending the prospect to +300m in strike length.

- Extensional RC drilling is planned to commence in late September.

- The shallow, tabular nature of mineralisation outlined to date, offers potential for the more rapid development of the prospect.

- Drill sites are being prepared to allow planned 'target resource' definition drilling to continue through the wet season.

- Site preparation work to allow planned drilling to continue through the 2012 wet-season completed.

- RC drilling to test this prospect is planned to commence October 2011.

RC drilling at the Stromberg Prospect, along a 2.3km long radiometric and geochemical anomaly, has defined a shallow accessible and coherent zone of mineralisation on two sections 600 metres apart.

Excellent results include 7m @ 1% Total Rare Earth Oxide (TREO) from surface. This result is considered excellent because 95% of the rare earth content is heavy and valuable rare earths. Particularly, the prospect is rich in the critical rare earth element Dysprosium (see TUC ASX Announcement dated 25th August 2011 for a full breakdown of results).

In addition, low levels of the deleterious element thorium, have been noted (~1.25ppm Thorium per 1% TREO) in mineralogical samples. The low level of Thorium provides an advantage, as it is more likely that a marketable, export grade, rare earth concentrate, could be produced from Stromberg.

Second phase drilling comprising ~3000m of RC is now planned to highlight the resource potential of the prospect and explore for zones of higher grade or 'feeder' mineralisation.

Access tracks, drill-lines and drill pads have been completed and drilling is expected to commence in late September.

TUC is excited by developments at Stromberg. The shallow tabular nature of mineralisation (easier and quicker to drill), the promising mineralogy (more easily treatable Xenotime) and a valuable rare earth mix (dysprosium and yttrium mineralisation) provide advantages and incentives for a quicker development path than for most other rare earth prospects.

A second phase of diamond and RC drilling was completed at Quantum during the month. Work to date has identified multiple zones of mineralisation over 300 metres of prospect strike length.

Recent significant intersections (reported in TUC ASX Announcement dated 7th September 2011) are represented on Figure 3 and Table 1 with more recent diamond drill details presented in Table 2. (See link at the bottom of the release) No further significant results are expected from this phase of drilling.

Further diamond and RC drilling is planned to target high grade thick mineralisation (+8 metre intercepts); to extend strike to north and south proximal to identified mineralisation; and to test more distal targets. This planned work is scheduled to commence in early 2012. A number of step out RC pre-collars have been completed and are available for extensional and infill continuance with diamond tails. Diamond tail drilling and exploration from holes such as those depicted approximately 1km to the south of the main drilling area, if successful, would provide a step change in the exploration potential at the Quantum prospect.

As a pre-cursor to further work, a comprehensive three dimensional geological and target resource modelling exercise has commenced.

TUC's work to date indicates the existence of multiple zones of higher grade mineralisation within the fold noses of the rock sequence. These hinges remain open to north and south, and at the broader scale anomalism has been identified over the +4km length of the prospect area. TUC believes that the drilling to date, and the strength of the geological interpretation and results, provide a high level of exploration potential in the Quantum area.

Analysis of soil auger samples indicates that the Drax Prospect is of interest as a HREE target. Significant assay results, including a soil sample of 0.071%TREO in a background of 0.018% (4 times sample population background), give an average HREE component of 44% (see TUC ASX Announcement dated 25th August 2011 and TUC's last quarterly activities report).

A phase of RC drilling is planned at the Drax prospect in October. Work will focus on a radiometric anomaly and a zone of HREE soil anomalism.
TUC believes that the Drax Prospect, along with the Stromberg Prospect, highlight the larger exploration potential of the Daly Project.

For the complete TUC announcement including figures and tables, please view the following link:
http://media.abnnewswire.net/media/en/docs/ASX-TUC-558828.pdf