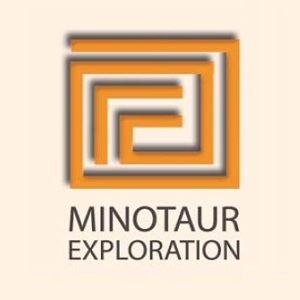 ASX:MEP) present their report on the consolidated group for the financial year ended 30 June 2012.

Minotaur maintained a strong exploration focus during the financial year and despite trying financial conditions, ended the year in significantly better financial shape reporting a consolidated profit after income tax of $3,863,912.

Elsewhere on the Border Joint Venture tenements, base metal target generation is proceeding with a range of new drill targets expected to be drill tested in the next year.
Elsewhere in South Australia, preparations for innovative 3D electrical geophysical work on the Aphrodite target were put on hold when the Company received a significant offer to purchase the Roxby area tenements. The Company subsequently agreed to sell the tenements to a subsidiary of BHP Billiton for net $9.5 million cash.

During the year partial divestment occurred in a number of Southern Gawler Ranges tenements through the successful listing of Spencer Resources on the ASX. In addition, an offer to purchase the Company's 55% interest in the Tunkillia Gold Project was accepted with Minotaur receiving a mix of cash and shares in Mungana Goldmine Ltd (

At the Poochera Kaolin Project, processing of kaolin samples at the Company's on-site laboratory confirmed the exceptional brightness and whiteness of both hydrous and calcined products. Infill drilling and processing allowed most of the Carey Well "bright white" kaolin resource to be upgraded from Inferred to Measured status. In addition, a globally-significant Exploration Target(2) of 570-810 million tonnes of white kaolinised granite with yield of 50% kaolin, was determined across several deposits within the project area.

The Purdilla Gypsum Project adjoins the Poochera Kaolin deposits and may provide a range of synergies for future development. An Exploration Target(3) of 50-60 million tonnes at a purity of 85-90% gypsum is estimated. With the divestment of a number of South Australian properties, exploration priorities shifted to the Cloncurry district of northwest Queensland where a large number of tenement applications are being progressively granted.

One cluster of 14 Cloncurry tenements is under Joint Venture with JOGMEC, who are earning a 51% interest through expenditure of $4 million. Drilling on the JOGMEC JV tenements took place in July-August (3 holes) and October-November (6 holes). Iron oxide copper gold (IOCG) style mineralisation was intersected at Cormorant, Woolshed Waterhole and Clonagh with seven of the nine holes intersecting multiple bodies of sulphides, predominantly pyrrhotite but with variable amounts of chalcopyrite, resulting in broad intervals of low level (0.2 to 0.4%) copper mineralisation.

Following extensive land access formalities, the Cotswold IOCG target, a large coincident magnetic-gravity anomaly similar in amphitude to that occurring at the Cu-Au-magnetite Ernest Henry Mine 25 kilometres to the southeast, was tested with 2 holes. Subsequent to the end of the financial year, the Company reported a significant magnetite-breccia system had been intersected.

TYO:8058) for the Arthurville Base Metals Project. An airborne EM survey was completed over 77km2 of the tenement and geophysical targets generated are now being validated through field inspections.

In Victoria, a limited program of roadside aircore drilling was completed to test single-line airborne EM anomalies for possible base metal mineralisation. The drilling confirmed interesting volcanic sequences, but no results of economic significance. Further ground applications were made in western Victoria considered prospective for volcanic-associated base metal mineralisation and historic data are being collated ahead of field inspection in the next year.

Other tenements and projects relinquished because of poor prospectivity or access difficulties during the year included the Cowra, Boorowa, Yorke Peninsula and Louth Projects.

The Company chose to selectively return to Nova Scotia, Canada, during the year. Having relinquished its extensive tenement holdings there last year, the Company is returning under a new option agreement to drill test the Copper Lake gravity target.

(1) Refer Advisory Statement (i) on page 6 of this report.

View the complete Minotaur Exploration Full Year Statutory Accounts including all data, at the link below:
http://media.abnnewswire.net/media/en/docs/ASX-MEP-696247.pdf