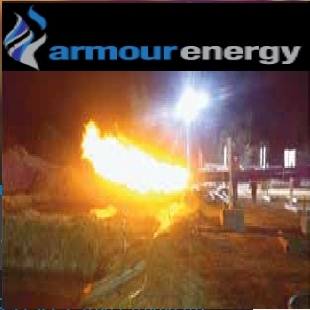 ASX:AJQ), (Armour) are pleased to provide the following technical update on the Company's Queensland tenement ATP1087.

Armour drilled 2 wells in Queensland during 2013 in the eastern part of ATP1087 (See Figure 1 and 3 in link below). Egilabria-2 is the first lateral well in Australia to flow gas from a hydraulically stimulated shale formation. Subsequently, Egilabria-4 was drilled and discovered the gas charged Riversleigh Shale below the Lawn Shale. From both wells extensive technical data was collected which has been analysed over the past months.

Armour is currently assessing both the additional conventional and Riversleigh plays based on these recent lab analyses, and further seismic remapping (see Figure 3 in link below). The MBA report of 2012 gave a mean prospective resource of 22.5 TCF for the Lawn Shale Formation.

The conclusions of detailed source rock analysis (SRA) has been consistent with Armour's view that the Lawn and Riversleigh Formations within the Isa Superbasin of Northern Australia have amongst the highest Total Organic Carbon (TOC) content of any shale play in Australia.

Total Organic Carbon (TOC) is one of the key measures for a shale formation to be economically viable as it provides a measure for the capacity of the rock to generate hydrocarbons. A typical minimum TOC required for a shale is 2%. Worldclass TOCs, such as seen in the commercial Marcellus Shale in the USA, are in excess of 5%.

As can be seen in Figure 2 in link below, both the Lawn and Riversleigh shale formations show sweet spots well in excess of these numbers with TOCs recorded up to 11%. Armour is very encouraged by these results.

Gas samples taken from the separator during the flow back of Egiliabria-2 lateral have now been fully analysed and show a very high methane content (90%), ethane (0.5%) and very little CO2 (2%), helium (1%) and other inert gases (6.5%). This low CO2 content is considered very positive as it alleviates any requirements for major gas processing facilities during the development phase, including CO2 sequestration facilties. Additionally from a different sampling method, several isotubes of gas taken while drilling contained up to 6% helium. [Gas content percentages are in mole %]

During air drilling operations at Egilabria 2 and Egilabria 4, several pressure sealed canisters were filled with Lawn and Riversleigh cuttings as an exercise to understand if the shales would desorb gas. After several days, the canisters were reported to have a range of pressure values as high as 100psi. The cannistered gas samples were taken from the high TOC intervals in the Lawn and Riversleigh shales.

Gas samples were drawn off the Egilabria 4 canisters for compostional analysis. Average nitrogen and oxygen corrected measurements (a lab technique that attempts to remove atmospheric containination from the sample values) contained 83% methane which is similar to the 90% methane gas sample recovered from the separator that was purged of atmospheric contamination prior to post-stimulation gas sampling.

During sidewall coring operations at Egilabria 4, three sidewall cores were canistered and gas samples from those underwent isotopic analysis. The results of which strongly suggests the gas is thermogenic in origin. This provides evidence that the gas is derived through burial and heating of the original organic material that is now the rich TOC found in these shales.

To view figures and the release, please visit:
http://media.abnnewswire.net/media/en/docs/77245-ASX-AJQ-798839.pdf

Armour Energy (ASX:AJQ) is an ASX Listed exploration and production company focussed on the discovery, development and production of world class gas and associated liquids resources.

Armour's board of directors has a history of taking resource prospects to high value outcomes for shareholders.

- Vast, prospective acreage in a proven but under explored hydrocarbon province 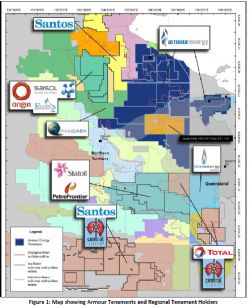 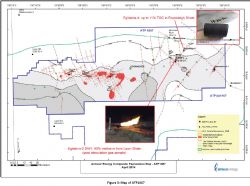 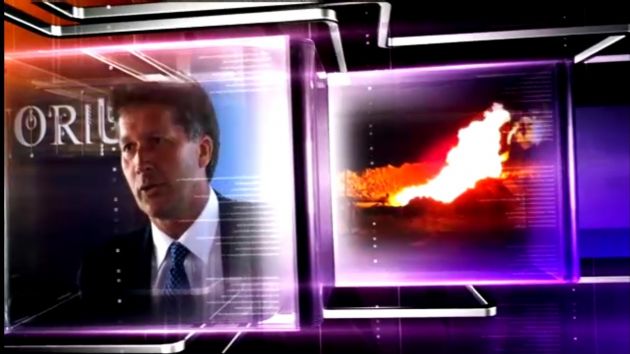