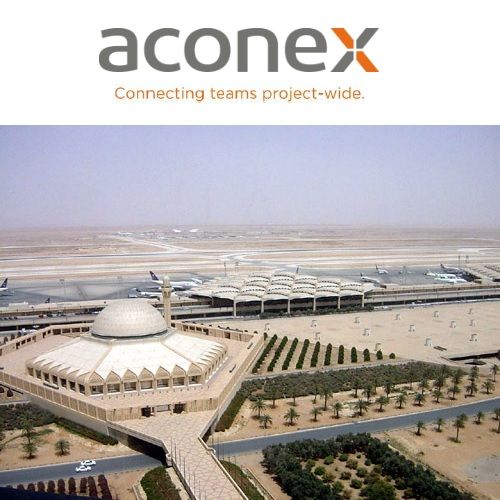 ASX:ACX), provider of a leading cloud and mobile collaboration platform for the global construction industry, today announced that the joint venture of TAV Construction and Al Arrab Contracting Company (ACC) used Aconex to manage information and processes for the design and construction of the new Terminal 5 at King Khaled International Airport in Riyadh, Kingdom of Saudi Arabia (KSA).

TAV Construction is a member of the TAV Group Company, founded in 1997 by two leading Turkish construction firms, Tepe Construction and Akfen Construction. TAV Construction was established in 2003 with the vision to become a leading brand in airport construction. To date, TAV has undertaken projects valued at more than US$17.2 billion, becoming Turkey's undisputed leader in the sector. Engineering News-Record (ENR) ranked TAV as the world's largest airport contractor in 2015.

Terminal 5 is a design-build project valued at approximately US$430 million. The recently completed structure covers 106,000 square meters with a capacity, when fully operational, of 14 million passengers a year. The project proved challenging for the TAV-ACC joint venture, which had won the tender in 2013. The design phase required numerous meetings and discussions over many months between the joint venture and the client, the KSA General Authority of Civil Aviation (GACA), before a final design was agreed on and construction could begin. The target completion date of April 2016 did not change, however, resulting in an aggressive delivery schedule.

Not long into the project, it became apparent that existing processes for managing information were falling short, according to Project Director Hassan Hammadeh. Certain documents were missing, resulting in conflicts and disputes between project team members. It was discovered that requests for information (RFIs) had gone unanswered for up to a year. Review and approval cycles for shop drawings stretched out over weeks. The systems and tools being used were better suited to archiving documents than to collaborative project management.

With the completion date looming, Mr. Hammadeh and his team recognized the need for a more efficient way to manage the project. In a previous project with TAV Construction, the Prince Mohammad bin Abdulaziz International Airport in Madinah, KSA, he had experienced the Aconex project-wide collaboration platform first hand and now led his team in implementing it for the Terminal 5 project. Over 36,000 shop drawings and documents were migrated from the archiving system to Aconex.

"With Aconex, the project came back to normal," said Mr. Hammadeh. "The process for reviewing and approving drawings and other documents had been unacceptably slow. After we adopted Aconex, all documents were organized and easy to find, and team members were assured of reviewing only the latest versions. This helped avoid errors and rework based on outdated information. The approval process moved much faster."

Ready access to documents in a central location also accelerated workflows and other processes for the geographically dispersed project team. Designers were located in Europe, Istanbul and Dubai, while contractors and manufacturers were located around the world, from the U.S. to Singapore and Hong Kong.

In addition to faster approval, Aconex helped the Terminal 5 project team resolve or avoid disputes because all documents, communications and workflows are permanently stored in an audit trail, making it easy to determine who approved what and when within minutes. As a result, more time was focused on delivering the project instead of managing conflicts between team members.

For example, the new terminal's roof was a subject of disagreement. The client wanted it to look like the roofs of other terminals at the airport. A revised design was eventually agreed on, but not without significant changes that involved 8,000 tons of structural steel for the 55,000-square meter roof. "Aconex was able to help fast-track the redesign to meet our tight deadline," said Mr. Hammadeh.

The performance of large construction and infrastructure projects is often measured by percentage of completion per month. Airport construction project teams rarely exceed 5%. On the Terminal 5 project, despite time constraints, the team achieved an extraordinary 7.2% monthly rate of progress. Aconex contributed positively to this achievement by streamlining the flow of information to enable multiple stakeholders - the owner, the engineers, the main contractor, and the subcontractor - to work on the same revision of drawings.

"Improving to that level of monthly progress was a major achievement for the joint venture and Aconex," said Mr. Hammadeh.

"Airports are among the largest, most complex and most visible infrastructure projects in the industry," said Henry Jones, senior vice president of Europe, Middle East and Africa (EMEA) and global accounts at Aconex. "Many are constantly under construction and need to continue their operations and service to passengers through potentially disruptive conditions. We appreciate the opportunity to help TAV Constructions turn around a challenging situation and successfully deliver the Terminal 5 project."

Aconex Limited (ASX:ACX) project collaboration solution digitally connects owners, builders and other teams, providing complete visibility and management of data, documents and costs across all stages of a construction project lifecycle. The Aconex cloud-based solution has been used to manage over $1 trillion in projects across 70,000 user organisations in over 70 countries. The company’s ordinary shares are traded on the Australian Securities Exchange (ASX) under the ticker code ACX and are included in the S&P/ASX 200 Index. 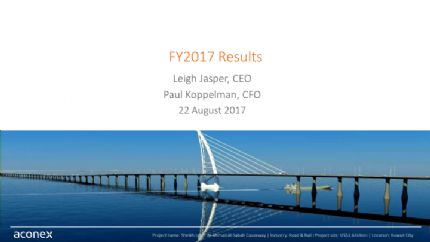 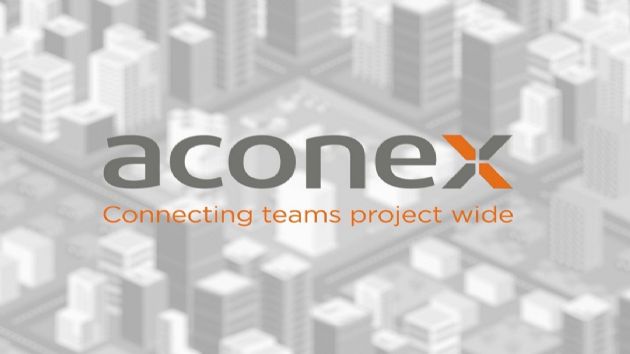