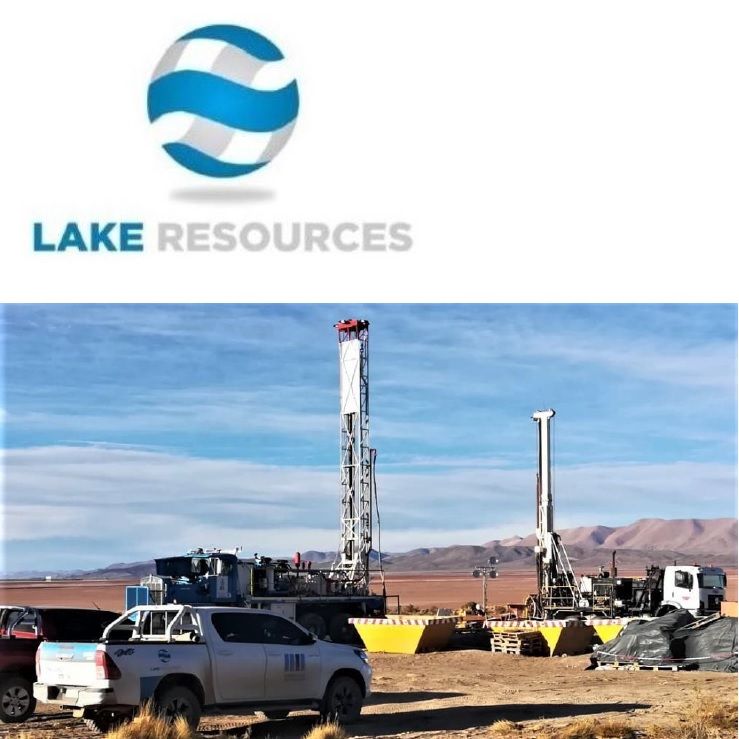 ASX:LKE) is pleased to announce that it has secured commitments for $2.4 million before costs through the placement of approximately 27 million ordinary shares at $0.09 per share in a private placement to offshore and local sophisticated and professional investors. Every two new shares have one attaching option exercisable at $0.10 cents per share expiring in July 2021.

- The target in the current hole at Cauchari is a ~350-450m deep sand horizon which has recorded higher lithium values and fluid flows in the adjoining project.

The placement has been conducted using the existing placement capacity under ASX Listing Rules 7.1 and 7.1A. The attaching options will require shareholder approval and it is the company's intention to seek listing of the options, subject to ASX approval.

The Company is delighted with the support from new and existing shareholders and the new funds raised will be used to accelerate drilling at Lake's 100% owned Cauchari Lithium Brine Project in Argentina, and then immediately commence drilling at the equally prospective Olaroz project (see Figures 1, 4 in link below). Funds will also be used for the PFS and pilot plant at Kachi and for additional working capital.

These new funds give Lake the necessary financial flexibility to aggressively accelerate drilling and keep the driller engaged at both Cauchari and Olaroz. Recently, conductive brines with high fluid flows under pressure were intercepted at a depth of 261m, with results due next week. Results were recently reported with strong lithium values up to 480 mg/L from 186m depth (Refer LKE ASX announcements 28 May and 31 May 2019).

These results echo similar lithium brine horizons in the upper sections of drill holes reported from the adjoining pre-production area of Ganfeng/Lithium Americas (LAC) and Advantage Lithium (AAL)/ Orocobre joint venture. Lake is drilling in the same basin with similar brines and better results are anticipated at depth.

The drill hole is targeting a sand horizon between 350-450m which has recorded higher lithium values and fluid flows in the adjoining project. Current drilling aims to unlock value from this rapidly emerging project, immediately adjacent to a world-class brine project in pre-production in the Lithium Triangle, approximately 500m from the Ganfeng/Lithium Americas Cauchari project. Lake is targeting the same sand horizons.

Commenting on the latest update, Lake's Managing Director Steve Promnitz said: "Lake has proven that the same sand horizons in our 100% -owned leases extend from what is the largest defined lithium brine resource on the planet ~350 metres from our drill hole. We look forward to reporting conclusive first assays next week and more information of flow rates. Lake is in great shape and the progress is very encouraging."

Some offshore investors were not able to participate in the timeline provided but their support is welcomed." 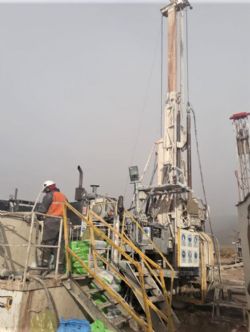 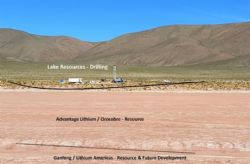