Vango Mining Limited (ASX:VAN) is pleased to announce that it has secured a funding package of $10.0 million from Collins St Value Fund to advance exploration and development at the Company's flagship Marymia Gold Project in the Mid-West region of Western Australia.

Vango Mining Limited (ASX:VAN) is pleased to notify the market of its successful opposition to Billabong Gold's attempt, in the WA Court of Appeal on 11 March 2022, to obtain a stay of a mandatory injunction.

Vango Mining Limited (ASX:VAN) is focused on the exploration and development of its 100%-owned Marymia Gold Project in the Mid-West region of Western Australia. It plans to systematically develop the Project's assets into a significant, long term gold mining operation.

Vango Mining Limited (ASX:VAN) is pleased to announce that it will host an investor webinar presentation with Executive Chairman Bruce McInnes on the Company's exploration and development programs. 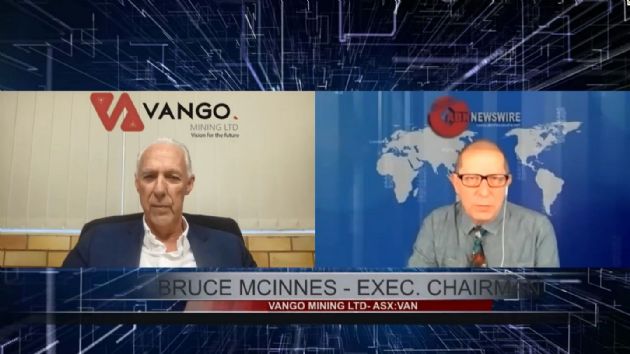 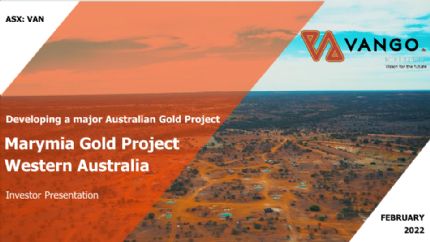 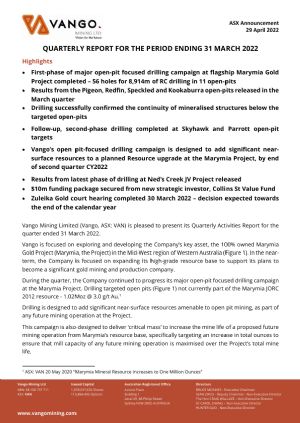 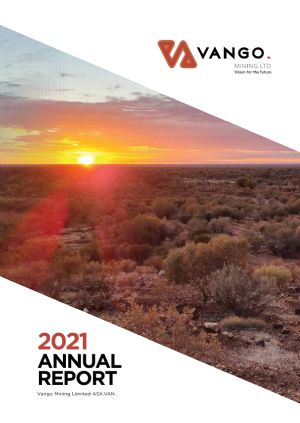