Central Petroleum Limited (ASX:CTP) (OTCMKTS:CPTLF) has signed a Gas Transportation Agreement with APA Group (ASX:APA) for an initial 12 months to transport the gas under the EDL Contract that was fully executed and delivered to Central on 25 April 2017 and announced on the next trading day, being 26 April 2017. 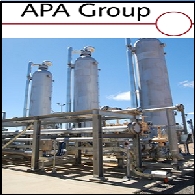 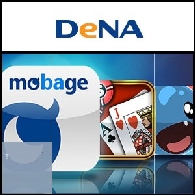 Asian Activities Report for December 15, 2011 includes: DeNA Co., Ltd. (TYO:2432) has agreed to form a strategic alliance with Alibaba Cloud Computing to provide DeNA's Mobage social gaming platform to consumers and developers in China; Marubeni Corporation (TYO:8002) has agreed to acquire a 40% equity interest in APT Allgas Energy Pty Ltd; Japan Airlines and WestJet Airlines (TSE:WJA), a low-cost airline in Canada have signed a codeshare agreement which will place the "JL" flight indicator on WestJet-operated flights between Vancouver And six Canadian cities - Calgary, Edmonton, Kelowna, Montreal, Toronto and Winnipeg, from December 15, 2011; Sumitomo Chemical Co., Ltd. (TYO:4005) and Nabaltec AG (ETR:NTG) of Germany have been in discussions about collaborating on their Alumina and Aluminum Trihydroxide businesses. 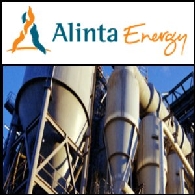 Alinta Energy Group (ASX:AEJ), formerly known as Babcock & Brown Power, said it has received a number of indicative, non-binding, confidential bids while the power generator is in the process of the restructure of its finance facilities. These bids include bids for both whole of business and parts of the business. 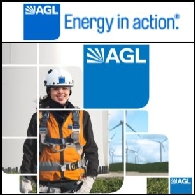 AGL Energy (ASX:AGK) said it has sold the 132.3 MW Hallett 4 wind farm to a Japanese-led consortium, make up of Marubeni Corporation (TYO:8002), Osaka Gas (TYO:9532) and APA Group (ASX:APA), and expects to realise a development fee of A$88 million from the transaction. 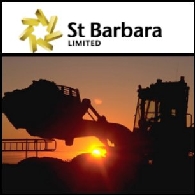 Australian Market Report of August 25: Take a Breather after Rally

US stocks ended flat overnight in light trade volumes as the market was awaiting the economic data this week. The Dow Jones Industrial Average edged higher to its highest close in more than nine months.

The Australian stock market closed more than two per cent lower on Friday following weakness in United States markets caused by doubts over a rescue package for US car makers. The benchmark S&P/ASX200 index had fallen 87.6 points, or 2.43 per cent, to 3,510.4, while the broader All Ordinaries index lost 81.7 points, or 2.31 per cent, to 3,452.5. As the US Senate's rejected the $14-billion bailout for American automotive makers, the stock market is expected to continue moving downward on the negative news.

In early trade today, the benchmark S&P/ASX200 index had risen as much as 60.8 points, or 1.2%, to 5047.0 with financial stocks leading the way, as the Wall Street lifted more than 302 points on Friday night. Wall Street's rally was a result of a surge in the US dollar and a drop in oil prices, which fell below $US115 a barrel for the first time since May.