During Zero Race, Team Trev drove 28,000km across 16 countries in 80 days of driving. The team drove from Geneva to Shanghai, from Vancouver to Cancun, and from Casablanca back to Geneva. 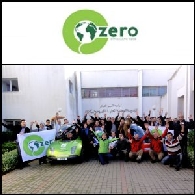 The first race around the world with has started its final leg in Casablanca, Morocco. The three electric cars had started on 16. August 2010, in Geneva, Switzerland. When the final part of the global circumnavigation is completed in Geneva, on 24 February, 2011, the teams will establish a new world record for the fastest world circumnavigation in electric cars, and a major milestone in the history of electric vehicles. If that comes true, Jules Verne's dream of travelling around the world in 80 days would have come true again - via a more ecologically sustainable way. 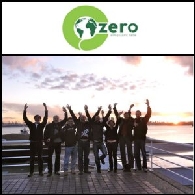 The first ever Zero Emissions Race is rolling into Vancouver on November 12th - the first stop on the North American leg of this incredible international journey and the only Canadian stop on the tour. Started on August 16th, 2010 in Geneva, Switzerland, racers have, so far, covered 16,000 km. Participants have been driving 100% electric vehicles running on renewable energies up to 500km a day since the race began - with a goal of completing their around the world journey in just 80 days of driving. 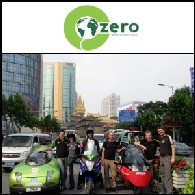 The Zero Emissions Race has successfully arrived in Shanghai, China, after 46 days on the road and 16783 kms of driving across Switzerland, Germany, Belgium, Austria, Hungary, Ukraine, Russia, Kazakhstan and China. Out of the four teams that started the race on August 16th in Geneva, Switzerland with their 100 % electric vehicles, three have made it to Shanghai successfully on time, and according to original schedule. This accomplishment represents a major milestone in the history of electric vehicles. The Zero Race just helped prove the efficiency and reliability of electric mobility, even when driving across continents, in deserts and mountains and through variable road and weather conditions. 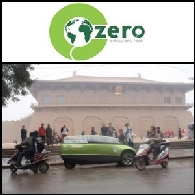 The two seat renewable energy vehicle (T.R.E.V.) Trev has arrived in Shanghai, and has therefore completed the first of the three major legs of Zero Race. The team has now driven about 16,000km on the journey since departing Geneva on August 16th. 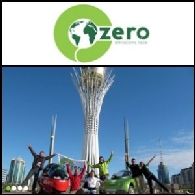 The ZERO Race Continues, Around the World in 80 days with Zero Emission Vehicles!

The ZERO Race has travelled 28 days and 9500 km since its departure on August 16 in Geneva, Switzerland. This marks the completion of a third of the entire journey of an 80-day journey around the world with 100% electric vehicles. The aim of the race is to show that zero emission vehicles running on renewable energies are technologies for the future that are ready, and reliable already today. With shrinking resources and the impacts of global climate change, the ZERO Race strives to present the solutions for a better and greener future. Four participating teams from Australia, South Korea, Germany and Switzerland are taking part in the challenge during this inaugural event. 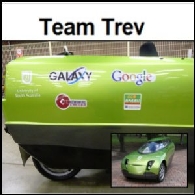 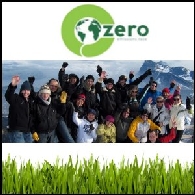 The ZERO Race is an 80-day race around the world with 100% electric cars running on 100% renewable energies, starting on 16 August in Geneva, Switzerland. The ZERO Race is a modern adventure, propelled by clean energies and trend-setting technology organised by Swiss solar pioneer Louis Palmer. 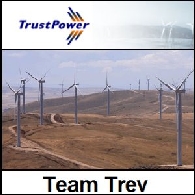 Team Trev Powered By The Wind Of TrustPower Limited (NZE:TPW)

Team Trev is a group of volunteers who will drive a small green electric car, Trev, around the world in the 2010 Zero Race. New Zealand based utility TrustPower Limited (NZE:TPW) (PINK:TRPWF) has kindly donated green power to Team Trev, in the form of Renewable Energy Certificates and a small cash donation. The energy will be sourced from TrustPower's 98.7MW Snowtown Wind Farm in South Australia. 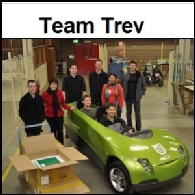