Gulfsands Petroleum plc (LON:GPX) is an independent oil and gas exploration, development, and production company. The Company has development and exploration projects in the Syrian Arab Republic and the United States (offshore Gulf of Mexico and onshore Gulf Coast). The Company has also signed a memorandum of understanding relating to a project in Iraq. Gulfsands owns a 50% working interest in, and is the operator of, Block 26 in north-east Syria under a production sharing contract (PSC). Gulfsands mainly operates in Syria and United States. In the USA Gulf of Mexico, Gulfsands owns interests in 44 blocks comprising approximately 138,000 gross acres in shallow water offshore Texas and Louisiana, which include 30 producing oil and gas fields. 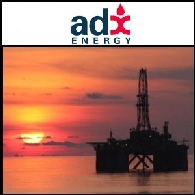 In accordance with the settlement reached between ADX Energy Ltd (ASX:ADX) and Gulfsands Petroleum plc ("GPX") which was previously notified to the market on 4 February 2015 and on 12 February 2015, GPX has completed the final payment of US$ 254,648 to ADX. 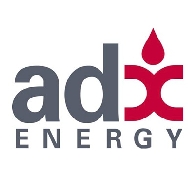 In accordance with the settlement reached between ADX Energy Ltd (ASX:ADX) (OTCMKTS:ADXRF) and Gulfsands Petroleum plc (LON:GPX) which was previously notified to the market on 4 February 2015, GPX has completed the payment of the first US$1.25 million tranche to ADX.

ADX Energy Ltd (ASX:ADX) and Gulfsands Petroleum plc "GPX" are pleased to announce that they have reached an agreement concerning the settlement of all claims and liabilities between them.

ADX has continued to screen opportunities on a regular basis in Eastern Europe and the Mediterranean basins, with the current focus on the next Romanian bid round where ADX has developed an extensive in house expertise and data base. It is expected that 36 blocks will be offered. 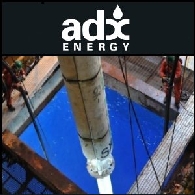 ADX Energy Limited (ASX:ADX) provides the following update on the testing of the Sidi Dhaher-1 oil discovery, in the Chorbane licence, onshore Tunisia. The down hole test string assembly has been successfully run in to the hole to a total depth of approximately 1180 meters and pressure tested. 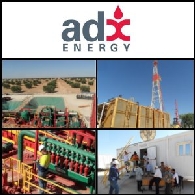 ADX Energy Limited (ASX:ADX) is pleased to announce that preparations for testing of Sidi Dhaher have now been completed.