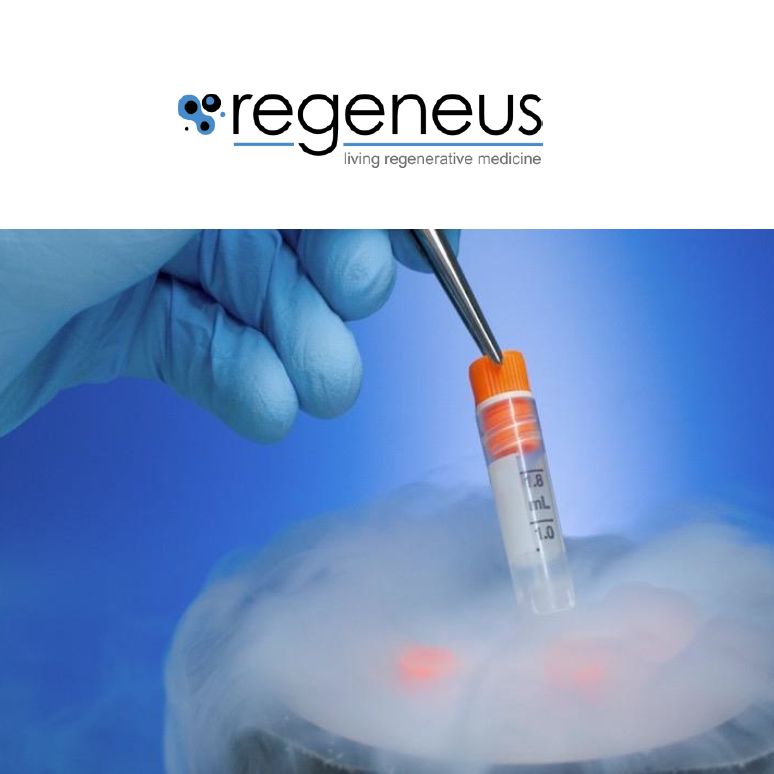 TYO:6971) has signed a licence agreement to develop and commercialise Progenza for Knee Osteoarthritis (Progenza OA) in Japan.

- Kyocera will fund manufacturing, development, and commercialisation costs for Progenza OA in Japan under the agreement

- Upfront payment provides cash runway for Regeneus through to the commercial launch of Progenza OA in Japan o The global market for osteoarthritis is expected to grow to US$3.5 billion by 2026 with the Japanese market worth US$350 million. The potential osteoarthritis patient population is 25.6 million in Japan with 1.25 million people receiving treatment, and is expected to rise each year.

Progenza OA has already completed a Phase I study which met all safety and efficacy endpoints. The study demonstrated that a single injection of Progenza OA into the knee was safe, tolerable and showed significant, rapid and sustained reductions in knee pain for osteoarthritis patients, and showed positive signs of disease modification showing no deterioration in the joint following the injection.

The licence and collaboration agreement follows the two companies signing a Memorandum of Understanding (MOU) in March 2020, and Kyocera completing detailed due diligence on Progenza OA .

Key highlights of the transaction

o Regeneus will receive US$19 million (A$27m) in upfront and milestone payments from Kyocera consisting of:

US$9 million (A$13m) upfront payment, of which A$2m was received as part of the MOU

US$10 million (A$14m) in regulatory and development milestone payments

- Kyocera will be responsible for product development, manufacturing and regulatory activities in Japan

o Kyocera will be responsible for, and fund, the establishment of the manufacturing of clinical and commercial products, sponsoring clinical study for regulatory approval, all regulatory filings for drug approval and the reimbursement with Japan's National Health Insurance

o Japan has a favourable regulatory environment for regenerative medicine and there is potential to fast track approval for Progenza as products can be approved for sale under specific conditions once safety and efficacy are confirmed. As previously noted, Progenza met all safety and efficacy endpoints in a Phase I study in 2018. Kyocera will work towards marketing approval for Progenza OA pending completion of a Phase II study.

"This agreement with Kyocera is an exciting development for Regeneus and is an endorsement of our Progenza platform technology. It provides a clear commercialisation pathway for Progenza and is a significant market given osteoarthritis potentially affects more than 25.6 million people in Japan alone" said Regeneus CEO Leo Lee.

"We look forward to working with Kyocera to take Progenza OA through the commercialisation process."

About Osteoarthritis Osteoarthritis (OA) is the most common form of arthritis and is often referred to the 'wear and tear' around the tissue of joints and is characterised by pain and inflammation. While it can damage any joint, it commonly affects joints in the knees, hands and hips. The global market for OA is expected to grow to US$3.5 billion by 20266. Progenza addresses a large, unmet patient need for Knee OA ahead of invasive surgery as it treats pain and modifies the disease

A Phase I study of Progenza in OA patients (KL Grade 1-3) demonstrated significant treatment-related reductions in pain for up to 12 months, as well as stabilisation of cartilage volume in the target dose group Progenza's mechanism of actions turns inflammatory immune cells into anti-inflammatory cells, thereby addressing inflammation at its source. In turn this downregulates pain-causing signals and repairs damaged tissues, such as cartilage tissue, commonly found in joints such as knees and elbows. 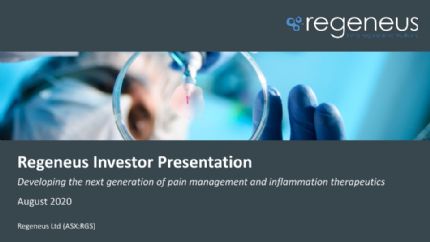