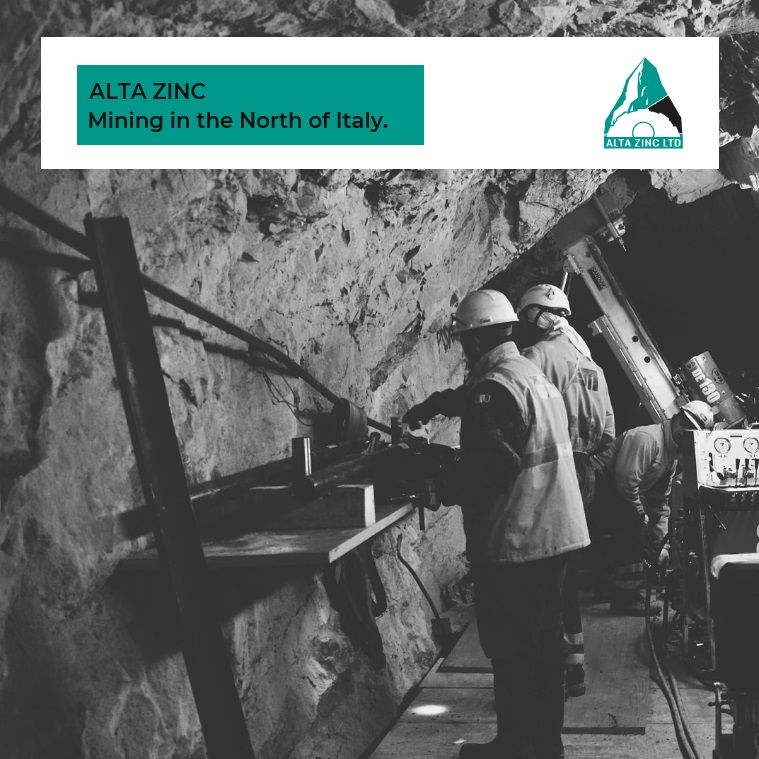 ASX:AZI) is pleased to announce the results of drill hole PBD19, which returned a thick intersection of zinc, lead and silver mineralisation. These results extend the known mineralisation from the Pian Bracca zone a further ca. 50m west towards the existing Zorzone Mineral Resource estimate.

"The drilling at Pian Bracca continues to deliver new mineralisation with drill hole PBD19 adding to the large number of holes that so far define the exciting Pian Bracca Zone. The presence of faults is in many ways an opportunity, as frequently it enhances the overall mineralised endowment and the number of repeated lenses. However, in some cases the target mineralisation is also displaced by faults but, with historically defined mineralisation guiding us to so many drill targets that are accessible to us, we continue to demonstrate strong mineralisation growth at Gorno".

Figure 1* is a plan view showing the reported drill holes lying on the western side of Pian Bracca. However, the confluence of two faults appears to have disrupted the mineralisation adjacent to the holes 18 and 19. Therefore, drilling positions are planned further to the west and also to the north-west and away from the fault confluence.

Figure 2* illustrates a long section approximately east-west through the middle of Pian Bracca and highlights the results of recent drilling which consistently returned high-grade and thick mineralisation throughout the zone.

Figure 3* shows a cross-section through Pian Bracca with drill holes PBD18 and PBD19 illustrating how faulting locally disrupted the mineralisation.

Figure 4* shows the step-out drilling targets at the Pian Bracca and Ponente areas, where the near-term planned drilling will target known mineralisation observed in the underground development to the north-west and the south of Pian Bracca, which was recently sampled by Alta.

The north-west corridor towards the Ponente zone is highly prospective and largely unexplored (Figure 4). Drilling will now test the ground between Pian Bracca and Ponente (from drill pad 15, Figure 1) which is accessible from current development. After that, drilling will commence on the south extension area (see Figure 1*). If the southern drilling successfully extends the mineralisation mapped in the sidewall (6m+ thickness, as shown in Figure 3*, ASX Announcement 9 July 2020), that mineralisation can then be drilled back to the west from existing development. The western extension drilling between Pian Bracca and the reported Mineral Resource estimate at Zorzone will largely be tested from the 940m level to allow better access away from the faulting intersected in PBD18 and PBD19.

Setup work will commence in Ponente during September to install services and set up drilling positions, in readiness for starting drilling at the end of that month.

Alta also awaits assay results from step-out sampling of additional mineralised lenses in the Gorno exploration license, which will be reported once compiled within the context of historical data.

In addition to the work at Gorno, Alta is planning a Q3/Q4 CY2020 ground exploration program, by way of sampling and mapping, of its exciting Punta Corna prospect where a number of veins have been historically mined for nickel and cobalt over a considerable strike length. This work will help the Company better understand the mineral potential of the area. Alta looks forward to keeping shareholders updated with further news as results become available. 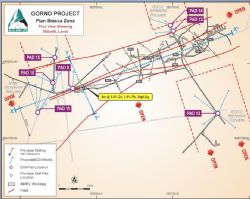 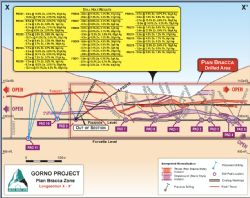 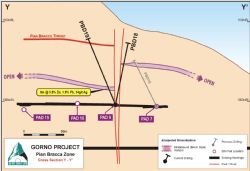 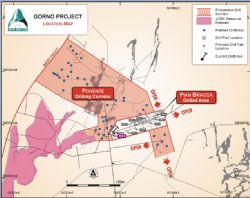