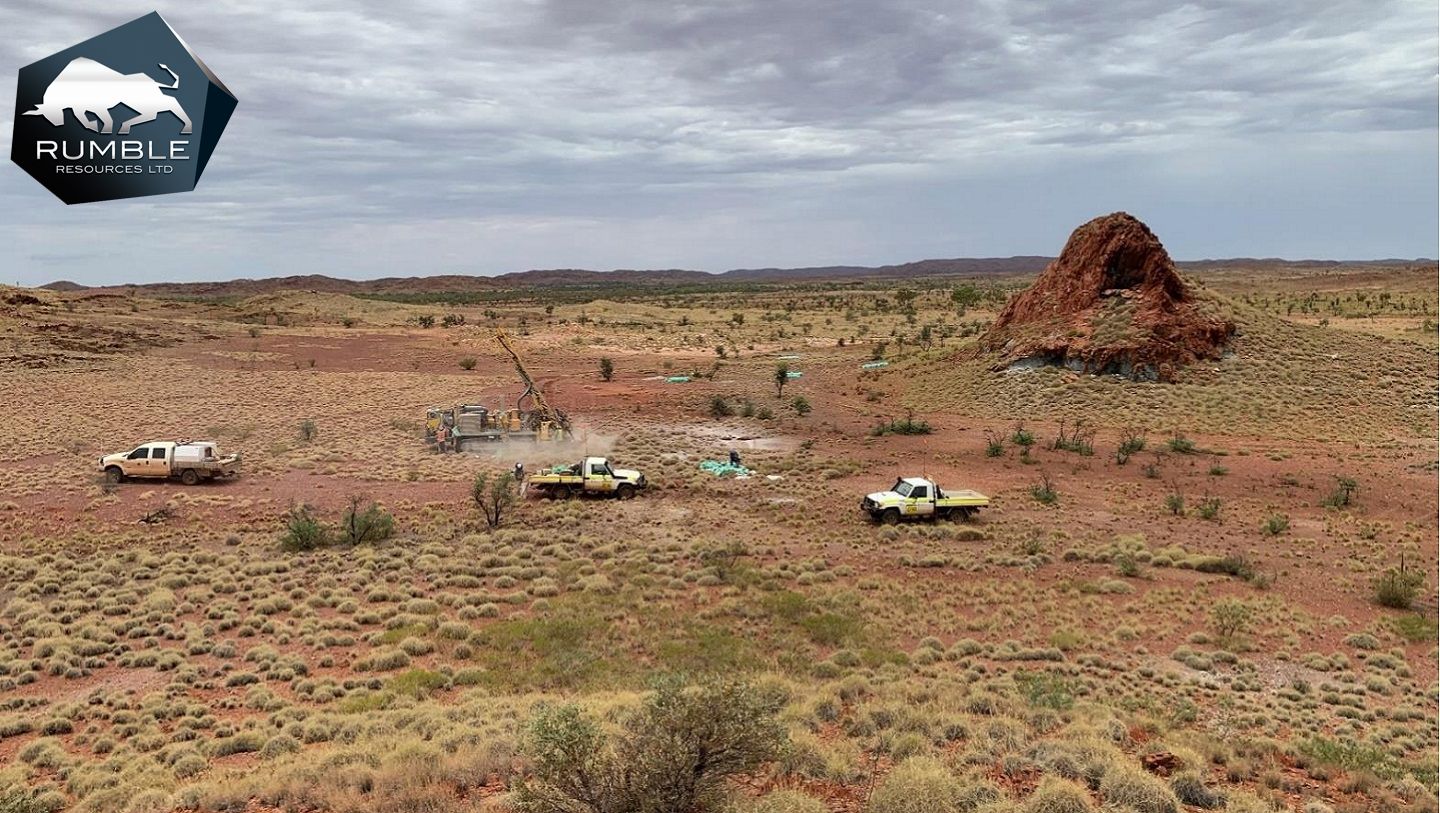 FRA:20Z) is pleased to provide an update on its drilling activities on the Braeside project located in the Pilbara, Western Australia. In the maiden drill program at the Camel Hump Prospect Rumble discovered wide zones (up to 40m wide) of near surface copper interpreted to be VMS mineralisation. At the Barker Well Prospect Rumble has discovered three Pb breccia pipes with high grade Pb mineralisation. Both prospects are open in all directions with assays pending.

Five target/prospects were tested by the current RC drilling program at the Braeside Project. All prospects returned strong base metal mineralisation, however, at the Camel Hump and Barker Well Prospects very significant copper and lead mineralisation has been discovered.

- Assay results received for 39 holes (reported in this announcement)

The maiden RC drill program (eight drill holes) at the Camel Hump Prospect has been completed with very significant (visual) oxide copper mineralisation discovered in six (6) shallow RC drill holes with assays pending. Note: These are the first drill holes into the target region with no previous historic drilling.

Stringer style malachite, azurite, chalcocite and native copper observed over widths up to 40m (drill hole length intersection) are associated with intermediate volcaniclastics (siltstone) within andesite. At the base of the siltstone is manganiferous silic altered (sulphidic if fresh) black shale. Structural observations have indicated the copper mineralised volcaniclastic zone pre-dates foliation. Foliation and shearing are at a higher angle to the dip of copper mineralisation and lithology.

Rumble has discovered three (3) Pb breccia pipes defined over 750m which are completely open along strike and at depth by shallow RC Drilling.

The breccias pipes have formed at surface and are composed of massive galena with sphalerite within silica - chlorite - pyrite alteration zones with strong pervasive galena - pyrite - sphalerite haloes. The host rocks are andesitic basalts and volcaniclastics.

Assays for a further thirty-three (33) RC drill holes are pending.

Other prospects that returned strong base metal mineralisation include:

Rumble and the vendor have agreed that Rumble has now earned its 70% legal and beneficial title to the asset E45/4368 (excluding the Fe/Mn Rights). This project was previously named the Barramine Project but will now form part of the Braeside Project. E45/4368 hosts the Camel Hump Prospect. 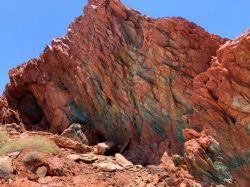 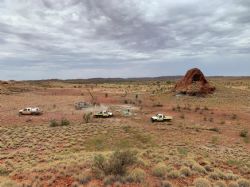