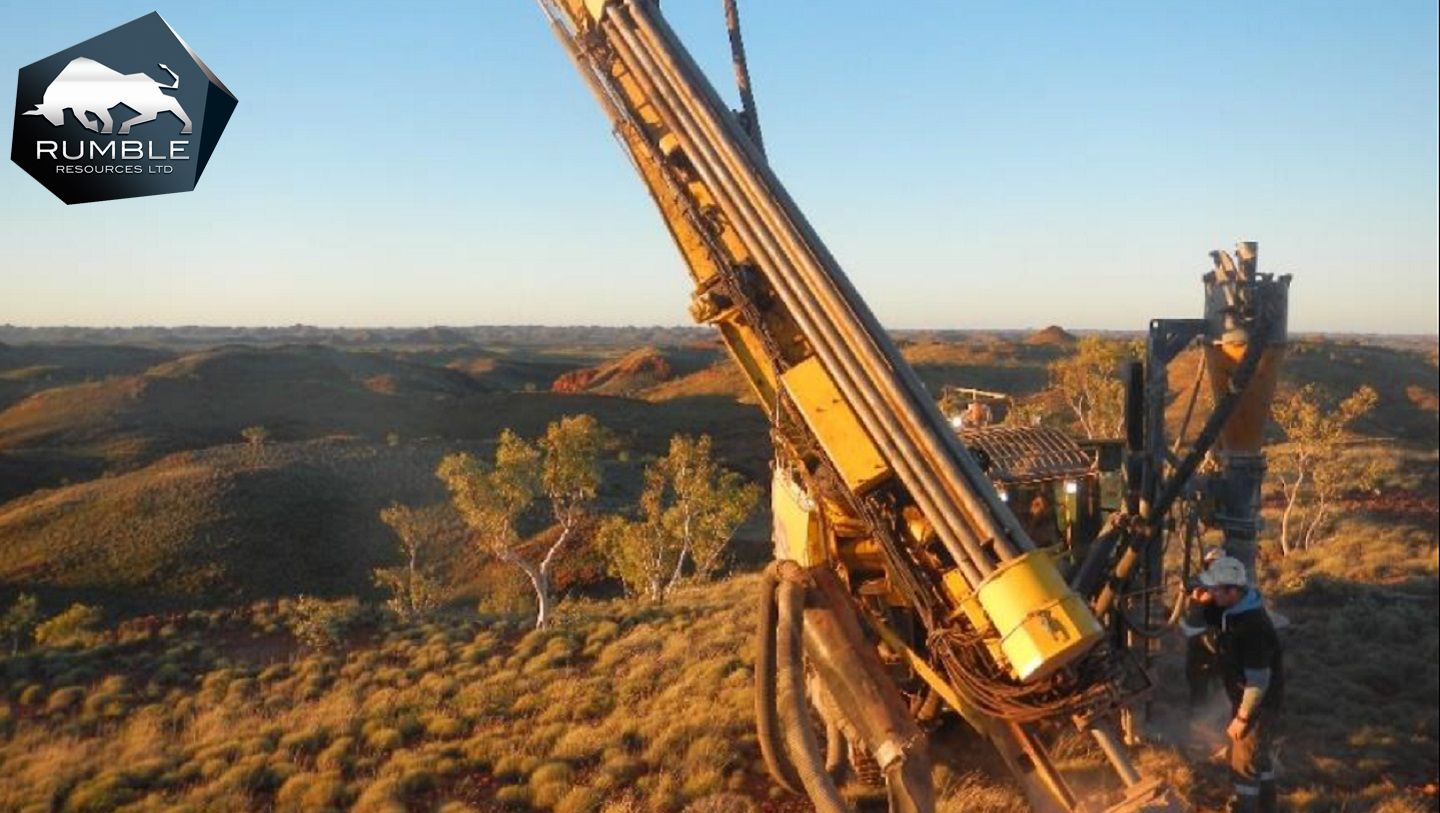 FRA:20Z) is pleased to announce the final phase 3 drilling results focussed on the Western Queen South Deposit on its 100% owned Western Queen Project which lies some 100km NW of Mt Magnet within the Yalgoo mineral field of Western Australia.

Technical Director Brett Keillor said: "Defining multiple high-grade gold zones (in section) within the core of the main Western Queen South deposit highlights the potential of multiple high-grade shoots along strike and in section over the 2km of open mineralisation defined by the (3) phases of drilling completed by Rumble. This augurs well for the potential of a substantial high-grade gold underground operation, especially with the Western Queen South deposit with respect to the competent amphibolite host which is amenable to stable ground conditions."

Resource drilling at the Western Queen South gold deposit was designed to confirm and extend the known gold mineralisation associated with the current inferred and indicated resource of 823,000t @ 3.1 g/t for 83,000oz (Jan 2018)1. RC drilling was completed along strike (north and south), within the main higher-grade south plunging shoot and below the known mineralisation.

Drilling by Rumble beneath the known mineralisation has highlighted the mineralisation is open directly below the main deposit as well as down plunge to the south. Results below the historic open pit include:

The longitudinal section of gram-metre contours (see above - image 3*) outlines the open positions down plunge and below the current deposit. The gram-metre contouring presented in image 3 is based on compositing multiple zones. 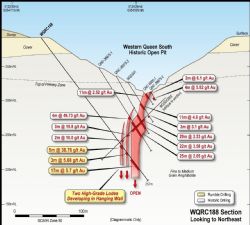 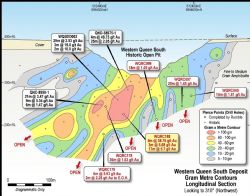