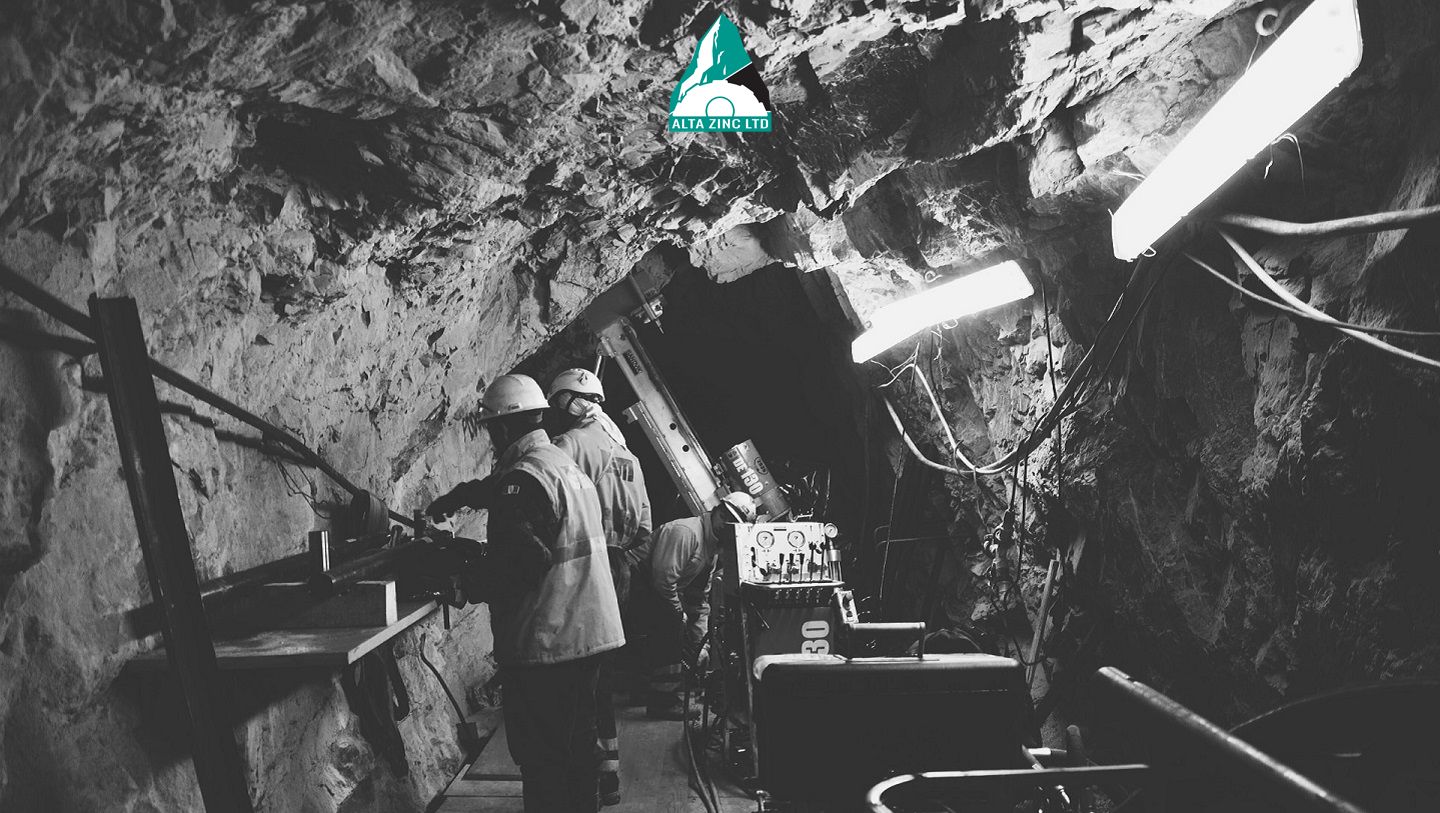 FRA:8EE) is pleased to announce the updated Mineral Resource estimate (MRE), as shown in Figure 1*, for its Gorno zinc-lead-silver deposit in the northern Italian Province of Bergamo. The deposit is approximately a 3-hour drive from the main Port of Genoa, and a 1-hour drive from Bergamo International Airport (Figure 2*). The MRE was completed by CSA Global Pty Ltd (CSA Global) in Perth, Australia.

"Alta shareholders have now been rewarded by this very positive Mineral Resource upgrade, based on results from the recent drilling programs in the new areas of Pian Bracca and Ponente. The outcome is a more than three-fold increase in the amount of zinc metal and a more than 40% increase in the global metal grades contained in the Mineral Resource estimate for the Gorno deposit. This is partly due to an increase in the thicker and higher-grade mineralisation, found in the Pian Bracca corridor and at Ponente.
We have been able to achieve this result with only 15 months of drilling by identifying outstanding drill targets, of which there still remains an abundance, close to or within the network of existing underground workings which offer cost effective and efficient year-round drilling positions with zero environmental impact.

Our operational success is largely due to the strength and efforts of our Italian staff, and our Italian mining and drilling contractors (Edilmac SRL) who have tirelessly and professionally worked to make the Gorno deposit the success that our municipalities and the Lombardy region in Italy deserve.

We are currently drilling beyond the limits of our MRE into both step-out and new areas to continue to grow our resource base, notwithstanding that we now have a substantial resource inventory to support future feasibility studies."

All data, including that from the previous JORC Mineral Resource, has been compiled and used in the updated MRE which covers the Pian Bracca, Ponente and Zorzone area (Figure 3 and 8*). The data includes:

The deposit has been assessed based on detailed validation of irregularly spaced underground diamond drilling that intersected a number of mineralised lenses on an approximate 40 x 40m or less drill spacing. There are sufficient data points to model the mineralisation over a strike length of approximately 2,400m and a maximum dip direction of 1,900m (Figure 3*). The mineralisation remains open in all directions notwithstanding that in some areas the immediate mineralised extensions have been structurally off-set and down faulted from modelled mineralised bodies. The historical exploration data was not used directly in the interpolation of the MRE but considered in the development of the geological and structural model.

Cut core samples were dispatched from site using a reputable contract courier to Australian Laboratory Services (ALS) sample preparation facilities in Rosia Montana, Romania before being transferred to their laboratory facilities in Loughrea, Ireland for geochemical analysis. An industry standard sample preparation was used to produce a representative sub-sample from the original sample. Samples were first dried, then crushed to 70% less than 2mm, after which a split (Boyd Rotary Splitter) of 250g was pulverised to better than 85% passing 75 microns. The samples were subjected to a four-acid digestion process that is able to dissolve most minerals (near total digest), depending on the sample matrix. The analysis techniques employed were ICP-AES (Atomic Emission Spectroscopy) with ICP-AAS (Atomic Absorption Spectroscopy) typically used to quantify higher grade base metal mineralisation.

GEOLOGY AND MINERALISATION
The Gorno Mineral District contains a number of Alpine Type Lead-Zinc deposits (similar to Mississippi Valley Type [MVT] Lead Zinc deposits). They occur within carbonate rocks of Triassic age, deposited in a broadly transgressive platform setting in a rift-sag basin environment (Figure 4*). Mineralisation is generally accepted to be of low-temperature carbonate replacement style (MVT or Irish type) and not related directly to magmatism, and the timing variably interpreted as syngenetic, 'extensional' (early Jurassic), or compressional (Miocene). Gorno shares many fundamental features with other deposits in the Alpine Zn-Pb province, which hosts a number of significant stratabound carbonate-hosted Zn-Pb deposits in Middle to early Upper Triassic carbonates.

At Gorno, mineralisation is broadly stratabound lying predominantly within the Metallifero Formation which locally can be up to 40 to 80 metres thick, and at times in the underlying Breno Formation. Mineralisation in the upper Metallifero is more strongly stratiform in style, associated with black shale interbedded with carbonate. Stratabound "columnar" mineralisation is located mainly in the middle-lower portion of the Metallifero and forms N-S plunging trends which may be 200 metres or more long, 50-100 metres wide and 3-20 metres thick, and where breccia bodies and veining are also observed. Higher grade and thicker mineralisation are often associated with late-stage brittle faulting which is generally orientated north-south or east-west.

The western margin of the MRE area is bounded by a significant fault zone with a west downward stepped displacement and possible rotation of at least 200m. The eastern margin is also bounded by the significant and regionally important Pezel fault (zone) with an east step-down displacement of 100-150m. At least three (3) north-south orientated faults are observed with the most westerly lying on the extreme western margin of the MRE area. Movements on the north-south faults are of the order 10-20m with mostly west side down movement. North-south structures can be associated with antiform and synform folds (Figure 5*).

A series of east-west orientated faults run from the east side of Zorzone to the Pezel fault is termed the Pian Bracca corridor. The central part of the corridor is typified by upward movement of up to 50m with the Metallifero faulted into a number of horst block(s) with more significant downward faulting (graben) on the southern side compared to the north (Figure 6*).

It is noted that the mineralisation remains open in all directions outside of the MRE, including to the east and west of these bounding faults.

Whilst the majority of the deposit lies well beneath ground surface a small area of mineralisation comes to within approximately 15m of ground surface in the far eastern side of Pian Bracca. Here and elsewhere where brittle faulting has disrupted the sequence the inflow of meteoric water has oxidised some of the primary (sulphide) mineralisation to mostly smithsonite (zinc carbonate). These areas, in both section and plan, can show a zonation of smithsonite (oxide) in the core grading outwards to sphalerite (sulphide) on the margins. Oxidised areas have been clearly mapped from underground development and stopes.

The deposit was domained into oxidised zones that occur along the fault planes and sulphide zones, with grades interpolated separately for the predominantly oxidised and fresh zones. The current number of zinc oxide and lead oxide samples is 29% and 12% respectively of the total assays which provide a much lower level of confidence to support reporting oxide mineralisation in the Mineral Resource statement. However, the tonnage of mixed sulphide/oxide material within these fault systems is expected to be in the range of 10 to 14% of the total Mineral Resource with zinc oxide grades of between 4 and 6%, and minor oxide mineralisation in the predominantly sulphide mineralisation which has been unproblematic in all recent metallurgical test work and historical production to date.

Alta Zinc Limited (ASX:AZI) (FRA:8EE) is an emerging ASX-listed exploration and development company focused on unlocking dormant value at the Gorno Project. Gorno is an historic high-grade zinc mine in industrialised Northern Italy, proximal to smelters and key infrastructure and with a track record of producing high quality clean concentrates to European Smelters. 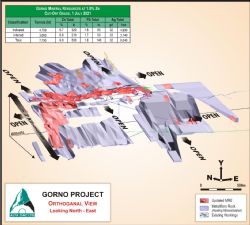 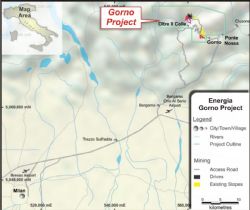 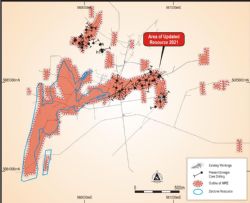 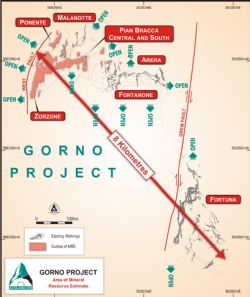