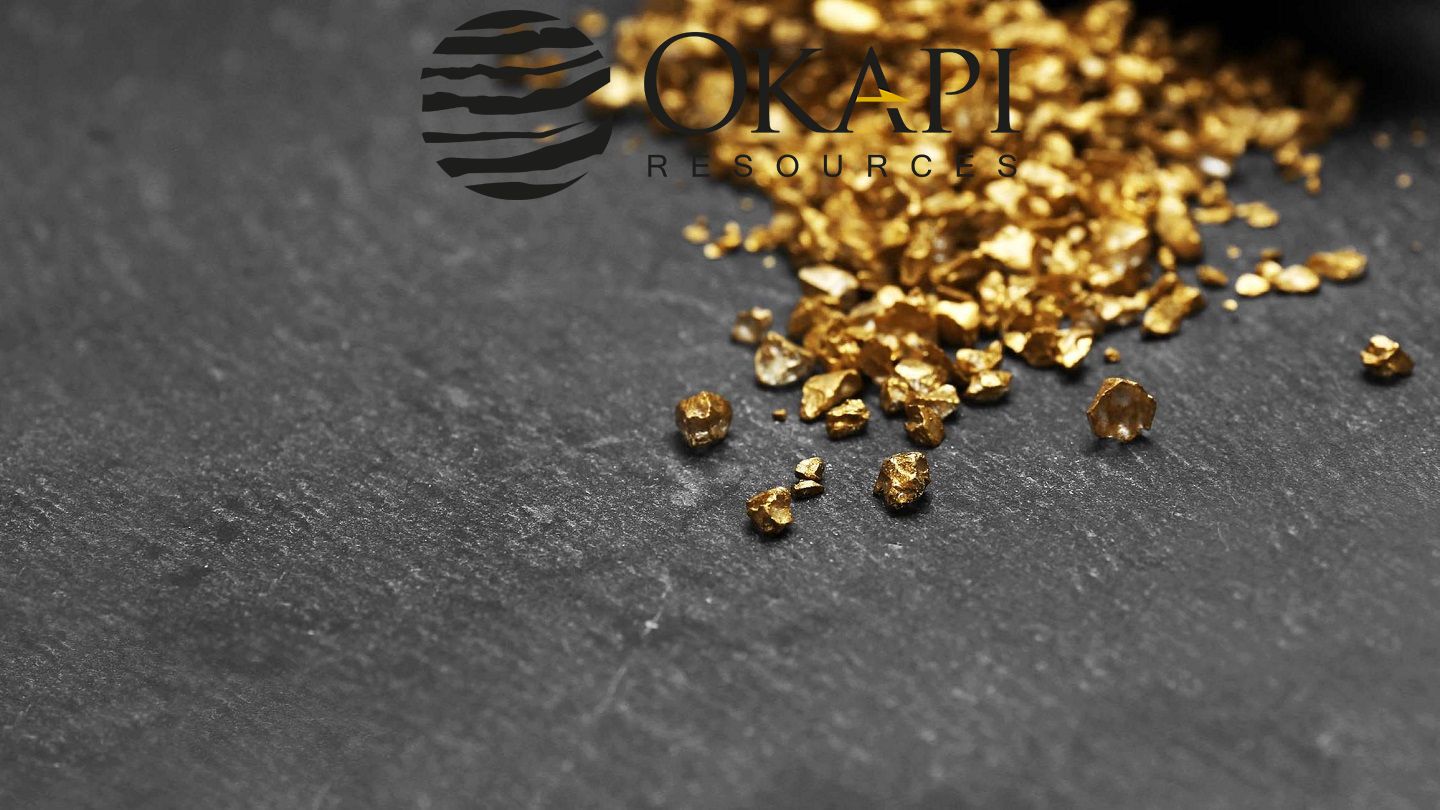 OKPRF:OTCMKTS) is pleased to provide a quarterly development and corporate update.

During the quarter, the Company has entered into a binding, conditional agreement with ALX Resources Corp (

The Athabasca properties includes six projects across 75 granted mineral claims covering approximately 55,000 hectares. Importantly, all of the projects are located along the margin of the Athabasca Basin or in the Carswell Impact Structure, the depth to the Athabasca Basin - Precambrian Basement unconformity is relatively shallow at 300 metres or less and typically closer to 100 metres, making them targets for shallow high-grade unconformity-related and basement hosted uranium deposits.

The material terms of the Property Purchase Agreement between Okapi and the vendor, ALX, (Acquisition Agreement) are summarised below:

o pay ALX cash in the amount of A$1,000,000;
o issue ALX with A$1,050,000 worth of fully paid ordinary shares in Okapi Shares calculated by way of the 10-day volume weighted average price of Shares up to the day prior to that date which is Five business days following the satisfaction or waiver of the conditions precedent; and
o grant to ALX a 1.5% net smelter returns royalty (NSR) on minerals produced from certain mineral claims the subject of the acquisition that do not bear existing royalties. Okapi may at any time acquire up to 50% of the NSR from ALX by payment to the Vendor of CAD$1,000,000.

- Voluntary escrow: The Consideration Shares will be escrowed as follows:

In addition to the consideration set out above, the Company has agreed to issue Geonomik Pty Ltd (or their nominee) A$400,000 worth of fully paid ordinary shares in Okapi (the Fee Shares) in consideration for finder and introduction services provided to Okapi from 14 September 2021 in relation to the acquisition of the Athabasca Projects from ALX. The value of the Fee Shares shall be calculated by use of the 10-day volume weighted average price of Shares up to the day prior to Completion. The Fee Shares will be issued to Geonomik Pty Ltd (or their nominee) who are not related parties of the Company and subject to a voluntary escrow whereby 25% of the Fee Shares are released from escrow after each of three, six, nine and twelve months from completion respectively.

Okapi's management team have been working closely alongside a highly reputable, independent technical services firm based in Saskatchewan to assist in ranking and prioritising the properties by geological prospectivity.

The data review and high priority target generation is well advanced, and Okapi will outline the exploration strategy going forward on the Athabasca properties upon closing the transaction in late January 2022.

The company will be focused-permitting drill programs on two of the six properties which include Middle Lake and Newnham Lake, which have been identified as having the best exploration potential. ALX, on behalf of Okapi has already lodged a permit to drill on the Middle Lake Project prior to closing and is in the process of submitting a drill for Newnham Lake.

The Company will also be looking to consolidate and expand its positions in the Athabasca Basin through some highly accretive acquisitions during 2022.

Okapi holds a 100% interest in mineral rights that cover approximately 7,500 acres in the Tallahassee Creek Uranium District of Colorado, USA.

During the quarter, the Company announced a Maiden 2012 Mineral Resource for the Tallahassee Uranium Project estimated at 25.4Mt @ 490ppm U3O8 for 27.6 million pounds of U3O8 using a 250ppm cut-off grade.

The Company also acquired additional high-grade uranium pounds located immediately alongside and contiguous with Okapi's High Park Deposit. The Company added a further 640 acre landholding through the execution of a mining lease with the State of Colorado. The New Project Area was previously drilled out on 30 metre centres with approximately 550 holes drilled for 26,000m completed in the late 1970's. This New Project Area has a JORC 2012 Resource 2.48 million pounds of U3O8 at 570ppm U3O8.

During the quarter, the Company commenced initial field programs at its high-grade Rattler Uranium Project with Okapi's exploration team on-site to conduct an initial review of the historical workings, undertake geological mapping to gather information for future programmes and to undertake rock chip sampling. The rock chip samples are awaiting being sent for assaying.

The Company is currently in the process of submitting permits to drill at Rattler with the BLM, State and County regulators, and plans to commence drilling in March or April subject to permits and drill rig availability.

During the quarter, no exploration activity was conducted on Lake Johnston and Crackerjack Project.

During the previous quarter, the maiden drilling program intersected significant, thick, shallow gold mineralisation with exceptional results received including 174m @ 1.83 g/t gold, from surface, with this hole, OSSRC06, ending in mineralisation, with the deepest interval returning 3m @ 8.86 g/t gold from 171m to EOH.

During the quarter, Okapi's shareholders approved the issue of shares 620,023 at the Annual General Meeting as part of the Milestone 1 payment to acquire the Enmore Gold Project.

Mr Ferrier has more than 15 years of experience in both management, corporate finance and principal investing roles in the global mining sector. He has previously held senior roles for Pacific Road Capital, a large mining-focused private equity investment firm where he worked for 12 years across USA, Canada and Australia. Mr Ferrier has significant knowledge and understanding of the North American Uranium space having been heavily involved in the development, permitting and sale of the Reno Creek ISR Uranium project in Wyoming, USA.

OTCQB Trading in the USA

Okapi commenced trading on OTCQB market on 22 November 2021 in the USA, providing North American investors with the opportunity to purchase Okapi stock as the Company executes its strategy to become a new leader in North American carbon-free nuclear energy.

The Company's cross-trade allows Okapi shares to be traded on the OTCQB market under the Company's ticker code OKPRF. No new shares have been issued to facilitate this quotation. B. Riley Securities acted as the Company's OTCQB sponsor.

The Company is currently seeking approval for Depository Trust Clearing (DTC) eligibility to facilitate real-time electronic trading in the USA which will further enhance liquidity and trading activity in the USA.

Cashflow for the Quarter

During the quarter, a total amount of approximately $188,000 (as shown in 6.1 of Appendix 5B) was paid to directors and officers which includes consulting fees and superannuation payments. These payments were paid in accordance with the directors' and officer's contracts.

To view the Quarterly Report with tables, please visit:
https://abnnewswire.net/lnk/8SMBD2PU 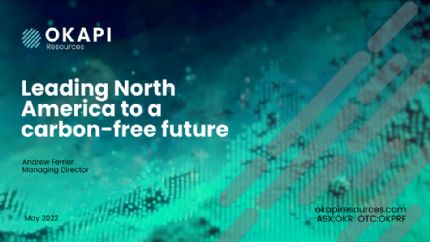