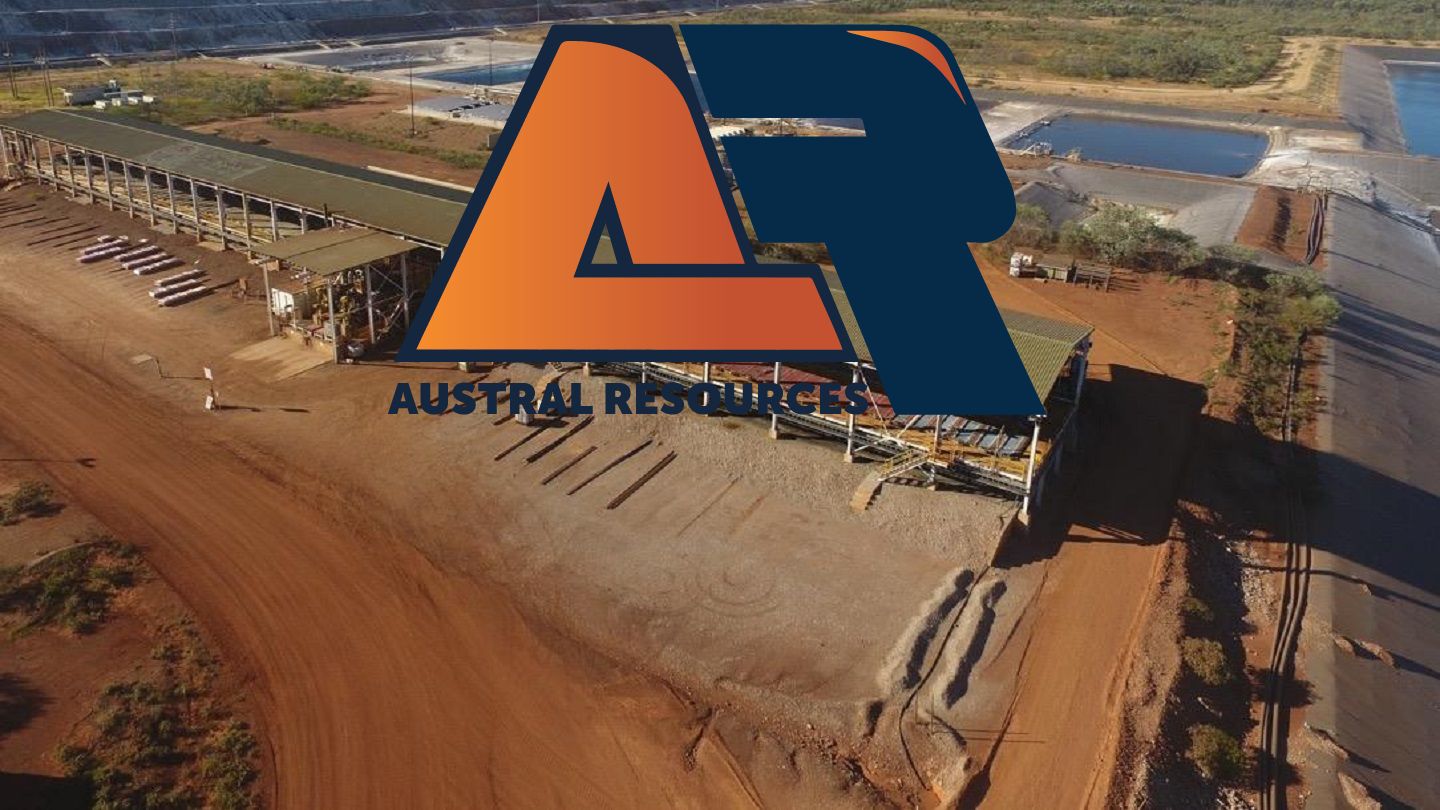 ASX:AR1) is pleased to provide an exploration update and announce the commencement of an extensive exploration programme.

The Company's exploration team is driving an intensive drilling campaign in 2022. The focus will be on drilling historical and new prospects on granted Mining Leases ("MLs") to organically grow the Company's large JORC complaint copper ("Cu") resource base, and to extend Austral's mine life.

- An aggressive commitment to mine life extension with a budget of AUD$10M over the next 12 months for exploration and drilling.

- Dedicated exploration team on the ground to maximise the integration and interpretation of the extensive historical datasets.

- The exploration team will be concurrently working on 2-3 prospects, and we expect steady reporting of results and news flow from May onwards.

- In addition to the existing 1,340km2 of EPMs, the Company has lodged 800km2 of adjacent applications.

- Dividend (located on EPM 16242 within 5km of the Mt Kelly processing facility):

Mt Kelly deposits consists of a cluster of mined Cu pits (Flying Horse and Mt Clarke), an unmined resource at Lady Colleen, adjacent Cu occurrences such as Dividend and Swagman, and McLeod Hill to the south - see Figure 5.

Cu occurrences lay where the McNamara fault is intersected by cross-faults.

This deposit is located 5km southeast of the Mt Kelly processing facility on Mining Leases (MLs).

Mineralisation is controlled by structural features such as shear zones and faults interacting with permissive stratigraphy, suggesting potential for larger scale 'replacement type' mineralised systems. The southern 400m of the host shear within the ML is untested.

A high-density composite rock chip sampling program is in progress to define the southern extent with 250 samples collected of a 500-sample program on a 100 x 25m grid.

1,500m of RC drilling is planned to infill the existing 1.42Mt@ 0.49% Cu resource area and to extend drill testing into the southern extension target zone.

An initial 2,000m of RC drilling is planned to extend the known mineralisation envelope.

In the Mt Kelly area Cu occurrences lay where the McNamara fault is intersected by cross-faults. Mt Kelly consists of a cluster of mined pits (Flying Horse and Mt Clarke) an unmined resource at Lady Colleen, adjacent Cu occurrences such as Dividend and Swagman, and McLeod Hill to the south.

A review of these deposits (3D modelling of drill data, long section interpretation, incorporating surface geochemistry and geophysics) indicates that each resource has potential for additional discoveries through further drilling outside of current mineralisation envelopes.

Within current mineralisation envelopes, infill drilling of these deposits is likely to lead to improved resource classification by converting a proportion of Inferred Resources to Measured and Indicated status (higher confidence of estimate).

Additional potential exists to define additional Cu mineralisation at prospects adjacent to the Mt Kelly cluster of mineral prospects such as Dividend, Swagman and Spex. Each of these prospects has outcropping Cu mineralisation, anomalous surface geochemistry and drill intercepts that are being reviewed for follow up programmes.

A three-hole diamond drilling programme is being finalised at Flying Horse to collect fresh core samples for metallurgical test work evaluation in Canada. This is to determine the suitability of Mt Kelly sulphide (chalcopyrite) mineralisation for an emerging sulphide heap leach SXEW technology.

If the evaluation is positive, there is exciting potential for Austral to have an alternate processing solution for its considerable sulphide resource base of 26.5Mt@ 0.8% Cu (210,000t of contained Cu).

This has low capital expenditure potential as the sulphide ore can be processed at the existing Mt Kelly SXEW processing facility.

The exploration team has selected a number of high tenor regional prospects with limited historical exploration for follow up work (and is preparing field programmes), including:

The prospect shows remarkable similarities to the Mammoth-Esperanza camp, located 12km along strike to the north (structure, geology and interpreted system architecture). There are numerous Cu anomalies with sparse drilling. Each anomaly ranges between 800m and 1.2km in strike.

Located 8km north northwest of the Mt Kelly processing facility with widespread ironstone (to 0.92% Cu (Portable XRF) CST 2012. Sample XS01270) in an area of limited large-scale soil sampling and no drilling. To the northeast is a substantial Zn anomaly that has not been followed-up.

Austral has an existing JORC compliant Mineral Resource Estimate of 60Mt@ 0.7% Cu, hosting 420,000t of contained Cu. This is fully tabled in Appendix 3*.

A review of these deposits (3D modelling of drill data, long section interpretation, incorporating surface geochemistry and geophysics) indicates that all have potential to be increased through further drilling outside of current resource envelopes.

Within current resource envelopes, infill drilling of these deposits is likely to lead to improved resource classification by converting a proportion of Inferred Resources to Measured and Indicated status.

Additional potential exists to define additional Cu resources at prospects adjacent to the Mt Kelly cluster of mineral resources such as Dividend, Swagman and Spex. Each of these prospects has outcropping Cu mineralisation, anomalous surface geochemistry and drill intercepts that is being reviewed for follow up programmes.

"Our exploration team has wasted no time reviewing a massive historic dataset, getting on the ground, and selecting priority targets for follow up resource estimate work - some of which are drill ready. Focussing on Cu oxides, they have selected a combination of brownfield and greenfield targets for the initial drill programme.

There are a number of lower grade oxide resources near our Mt Kelly processing facility that were not progressed a decade ago due to lower Cu prices. We are looking at the potential of these to deliver short term feed to supplement Anthill ore to our Mt Kelly plant. Our clear objective here is to extend our current four-year mine life through discovery and by commercialising our 420,000t contained Cu resource base.

The exploration team has the resourcing to concurrently work on 2-3 prospects, so we expect steady reporting of results and news flow from May onwards.

We are also preparing to collect diamond core samples at Flying Horse to provide fresh ore samples for a metallurgical test work programme. This will determine if our sulphide ore is amenable to a newly developed heap leach sulphide process that shows promising results in a North American copper mine. This has transformational potential for AR1 if we can treat sulphide Cu ore at our existing Mt Kelly oxide plant.

We look forward to further updating shareholders as we build Cu production from Anthill and scaleup exploration and development activities."

Austral Resources Australia Ltd (ASX:AR1) is a copper cathode producer operating in the Mt Isa region, Queensland, Australia. Its Mt Kelly copper oxide heap leach and solvent extraction/electrowinning (SXEW) plant has a nameplate capacity of 30,000tpa of copper cathode. Austral is developing its Anthill oxide copper mine which has an Ore Reserve of 5.06Mt at 0.94% Cu. The Company expects to produce 40,000t of copper cathode over a four-year period from mid-2022.

Austral owns a significant copper inventory with a JORC compliant Mineral Resource Estimate of 60Mt at 0.7% Cu and 1,940km2 of highly prospective exploration tenure in the heart of the Mt Isa district, a world class copper and base metals province. The Company is implementing an intensive exploration and development programme designed to extend the life of mine and increase then review options to commercialise its copper resources. 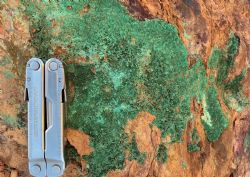 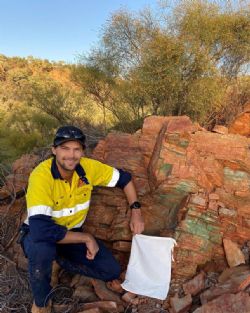 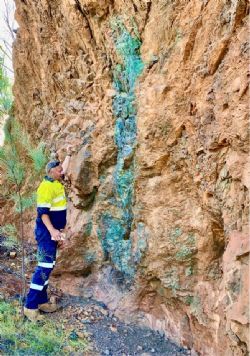 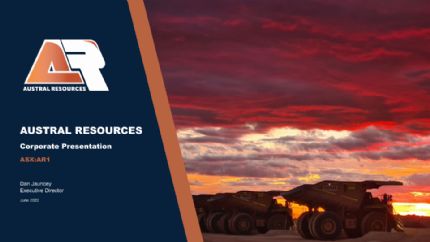 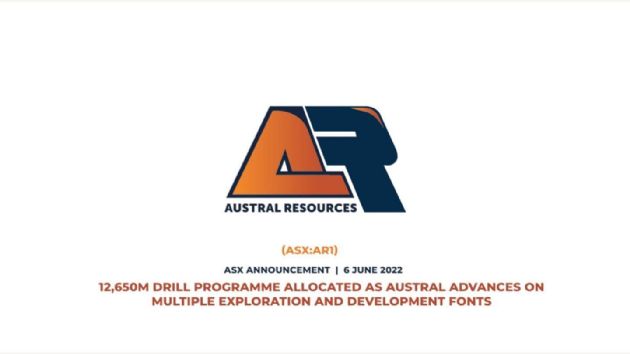 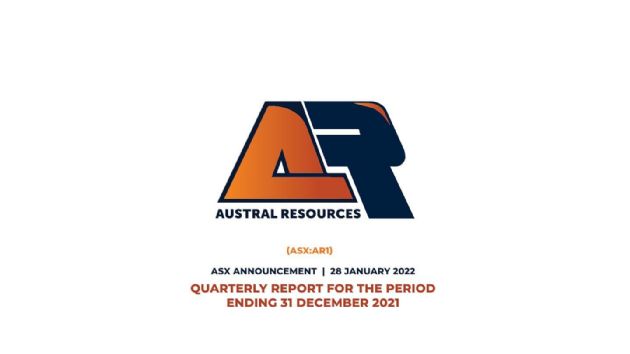