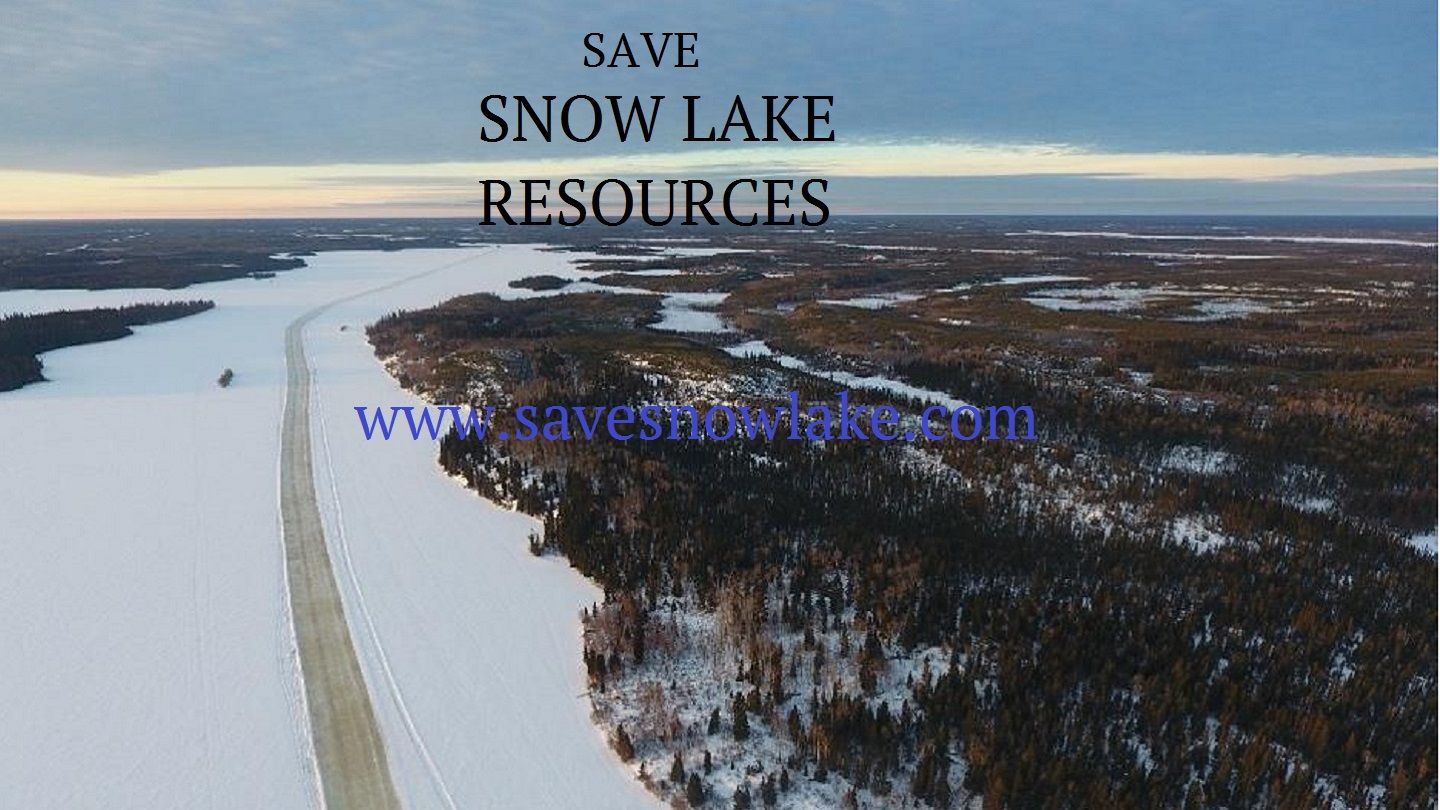 Toronto, July 19, 2022 AEST (ABN Newswire) - In order to protect against the further erosion of shareholder value, a group of shareholders (the Concerned Shareholders") of Snow Lake Resources Ltd. (

NASDAQ:LITM) (the "Company"), have called a special meeting of holders ("Shareholders") of common shares (the "Shares") of the Company to be held on August 10, 2022 (the "Special Meeting").

As acknowledged by the Company in its June 29, 2022 press release (the "June 29 Press Release"), on June 8, 2022, shareholders holding more than five percent of the issued shares of the Company carrying the right to vote at a shareholder meeting requisitioned the Company's directors to call a special meeting of shareholders to be held not later than August 15, 2022 (the "Requisition").

The June 29 Press Release claims that the Company will hold a shareholder meeting on or about December 15, 2022 (the "Alleged Meeting"), 190 days after the Requisition, which in no way can be considered a proper response by the Company. As such, and based on a number of irregularities of the Company, both historically and in the process of attempting to call the Alleged Meeting, the Alleged Meeting is invalid, and the Concerned Shareholders are left with no other option other than to call their own special meeting as allowed pursuant to section 137(4) of The Corporations Act (Manitoba) (the "MCA").

The scheduling of the Alleged Meeting 190 days after the Requisition is a transparent attempt to prevent Shareholders from exercising their right to a timely meeting to consider the replacement of the members of the Company's board of directors (the "Board"). The Board is simply trying to frustrate Shareholder democracy and deny Shareholders their fundamental rights, while the Company continues to decline. The Company has not held a shareholder meeting since September 2021. Under its governing statute, the MCA, the Company was required to deliver its 2021 audited financial statements to Shareholders, which it has not yet fulfilled, and is required to hold a meeting within fifteen months following the last meeting. Rather than hold a timely meeting to enable Shareholders to exercise their fundamental rights, the Board has sought to delay the date for a meeting as long as possible, choosing a date which is practically the latest possible date the Company could have chosen for a meeting under its governing statute.

Details of the Special Meeting

As per the Requisition, the Special Meeting of Shareholders of the Company will be held virtually via live video webcast, available online using the Zoom meeting platform, or alternatively via teleconference, on Wednesday, August 10, 2022 at 5:00 p.m. (EST) for the following purposes:

1. Pursuant to subsection 104(1) of the MCA, to remove all of the directors of the Company, including but not limited to, Philip Gross, Allan David Engel and Hadassah Slater, along with any other directors appointed following the date hereof;

2. Fix the number of directors at six for the ensuing year;

3. Pursuant to subsection 101(2) of the MCA, to elect, Dale Schultz, Nachum Labkowski, Brian Imrie, Peretz Schapiro, Kathleen Skerrett and Shlomo Kievman (collectively, the "Concerned Shareholders' Nominees") to the Board to hold office until the next annual meeting of Shareholders, or until their earlier resignation or such time as their successors are duly elected or appointed in accordance with the Company's constating documents; and

4. To conduct such other business as may properly come before the Special Meeting, including any matter necessary to implement the foregoing.

(i) A Notice of Special Meeting (the "Notice");

(ii) An information circular prepared by the Concerned Shareholders (the "Circular"); and

In addition, the Concerned Shareholders have set up a website (www.saveSnowLake.com) and have posted a copy of the Requisition, Notice, Circular and Proxy on this website. Additional information pertaining to how to attend the Special Meeting, how to vote and biographies for each of the Concerned Shareholders' Nominees are available in the Notice, Circular and Proxy and on https://www.saveSnowLake.com

Reasons for the Special Meeting

The Concerned Shareholders are frustrated by the performance of Philip Gross, in his capacity as CEO, and believe there should be a separation of power, so that a CEO answers to the Board, rather than dictate the Board's mandate. Both ISS and Glass Lewis urge companies to separate the roles of CEO and chair of the Board to allow for a truly independent chair while the Company has gone in the opposite direction. When Louie Simens resigned from the Board and as chair, the Board appoint Mr. Gross to that position, further eroding the independence of the Board. The Concerned Shareholders are seeking to establish a truly independent Board, separating the roles of CEO and chair, and removing Board members that were appointed at the request of Mr. Gross, to ensure that the CEO answers to an independent Board instead of his own appointees.

In light of the Company's dire circumstances and continued deterioration, ineffective management and recent actions by the Board, urgent action is not only justified, but necessary. The Concerned Shareholders have taken action to prevent the further destruction of Shareholder value and enable the Company's Shareholders to determine its future direction by calling the Special Meeting to be held on August 10, 2022. Further details regarding the Special Meeting are available in the Notice, Circular and Proxy and on www.saveSnowLake.com.

Other inaccuracies in the Company's June 29 Press Release

The Company's June 29 Press Release was factually incorrect and misleading. It was a deliberate attempt to imply that Avi Kimelman is the one seeking to remove the entire Board and replace them with his nominees.

Snow Lake Resources Ltd (NASDAQ:LITM) is committed to operating a fully renewable and sustainable lithium mine that can deliver a completely traceable, carbon neutral and zero harm product to the electric vehicle and battery markets. The company aspires to not only set the standard for responsible lithium battery mining, but intends to be the first lithium producer in the world to achieve Certified B Corporation status in the process.

The wholly owned Thompson Brothers Lithium Project covers a 21,703-acre site that has only been 3% explored and contains an 11.1 million metric tonnes indicated and inferred resource at 1% Li2O. 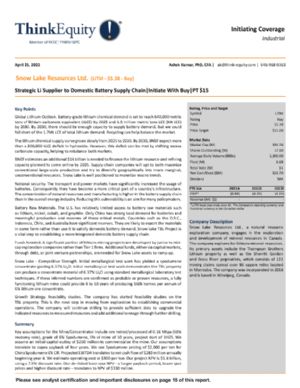