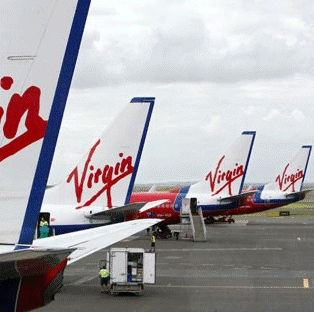 Encouraging Rescue Plan and Economic Data
Sydney, Mar 24, 2009 AEST (ABN Newswire) - US shares roared up overnight and Dow index rose nearly 6.7 per cent after the US treasury announced a $US1 trillion rescue plan to clean up toxic assets in financial system. The market was also cheering a report showing a surprising increase in existing home sales in February.

Yesterday the Australian shares surged on hope of the US bailout plan to remove bad debts from banks. The benchmark S&P/ASX200 index ended 2.4% higher, or 84.5 points at 3550.3, a six-week high, while the broader All Ordinaries index was up2.3%, or 78.1 points, at 3483.1. Investors are getting more confident to return to the stocks market as they believe it has hit the bottom. But analysts warned that fundamental issues in economy have not been solved and it will not be a long term rally although the market is in the third week of rises.

Treasurer Wayne Swan says the budget plan to be unveiled in May will aim to maintain demand, support jobs, provide secure and sustainable retirement incomes, and lay the "building blocks" of the post-crisis economy through infrastructure and education. He also said the global recession is expected to be worse than published in the last official forecasts.

BG Group (LON:BG) said it had won majority control of its takeover target Pure Energy Resources (ASX:PES), upping its stake to 70 per cent. The UK oil and gas major also extended the offer period to April 6.

OZ Minerals (ASX:OZL) confirmed that the Foreign Investment Review Board (FIRB) has extended the time to scrutinize a proposed A$2.6 billion takeover by China Minmetals. FIRB will take another 90 days from today to consider the deal.

Qantas (ASX:QAN) will restructure its management team and slash a third of its senior executives to save A$24 million a year as the company has been hit by fuel costs and falling demand.

Virgin Blue (ASX:VBA) said it had signed an agreement with the US domestic carrier Delta Air Lines to take passengers from each other's networks. The deal will solve a major problem for Virgin's international airline V Australia.

OrotonGroup Ltd (ASX:ORL) reported a net profit of A$12.5 million for the half year to January 24 2008, up 20.4 per cent compared with the prior corresponding half.

Albidon (ASX:ALB) said negotiations with China's Jinchuan Group were well advanced, but warned it could go into voluntary administration if it doesn't finalize funding talks with Jinchuan.