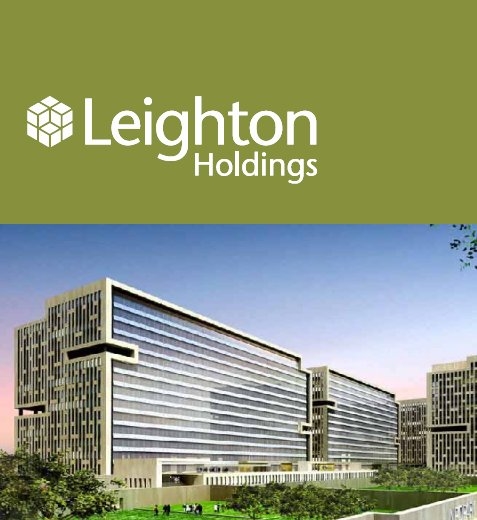 Leighton Holdings Ltd (ASX:LEI) has signed a project alliance agreement with Tata Realty and Infrastructure Ltd (TRIL) for delivery of the new Ramanujan IT Park in Chennai. The project, worth around $US230m, involves the construction of over 570,000 sq m of built-up area comprising a mixture of IT offices, a convention centre, retail, residential, hospitality, entertainment and carpark facilities.
Sydney, July 6, 2009 AEST (ABN Newswire) - On Friday Asian and European markets fell while Wall Street was closed for public Holiday. The Australian shares closed lower Friday as US shares tumbled on the unfavorable unemployment figures and commodities prices were also lower. The benchmark S&P/ASX200 index lost 49.1 points, or 1.27 per cent, to 3828.2 points, while the broader All Ordinaries index slumped 48.6 points, or 1.25 per cent, at 3826.6 points. The Reserve Bank of Australia Tuesday will announce its official interest rate after board meeting.

It is widely expected that the Reserve Bank of Australia will keep the interest rates on hold at its meeting on Tuesday. But RBA is under increasing pressure to lower rates as signs of global economy recovery are fading. Economists said the Australian economy is still in recession and unemployment figure is expected to rise towards the end this year. Meanwhile, the big four banks' unwillingness to pass RBA's reduction could also force the central bank to slash official rates.
The TD-Securities/Melbourne Institute inflation gauge rose 0.4 per cent in June to an annual rate of 1.4 per cent, following a 0.3 per cent fall in May. The gauge has been below the Reserve Bank's 2-3 per cent inflation target range for the second consecutive month.

The ANZ job advertisements survey of June will be released on Monday.

Bendigo Mining Ltd (ASX:BDG) has acquired the Henty Gold Mine on the west coast of Tasmania from Barrick (PD) Australia. The acquisition includes the operating underground mine, process plant, infrastructure, mineral tenements and 92 skilled employees.

ANZ (ASX:ANZ) and NAB (ASX:NAB) are considered the front-runners to purchase Suncorp-Metway's (ASX:SUN) banking assets, which hold an enterprise value of A$7.7 billion. Competition regulator Australian Competition & Consumer Commission chairman has warned that it will hesitate to approve another transaction involving one of the big four buying a more junior rival.

Cape Lambert Iron Ore (ASX:CFE) will decide whether to launch a takeover bid today for Tianshan Goldfields (ASX:TGF) and Corvette Resources (ASX:COV) that it acquired stakes in through its recent purchase of CopperCo's (ASX:CUO) assets. The Perth-based miner finalised its A$106 million transaction for failed CopperCo last week.

Property developer Lend Lease Corporation (ASX:LLC) expects the downturn in the housing market would "bottom out" and start to recover soon. Chief executive Steve McCann said Lend Lease was likely to achieve an annual net operating profit of about A$300 million.

CBH Resources Ltd (ASX:CBH) was placed in trading halt this morning, pending the release of an announcement. CBH said that discussions in relation to proposed recapitalisation arrangements have reached a stage where it believes a trading halt in CBH securities is appropriate.

Leighton Holdings Ltd (ASX:LEI) has signed a project alliance agreement with Tata Realty and Infrastructure Ltd (TRIL) for delivery of the new Ramanujan IT Park in Chennai. The project, worth around $US230m, involves the construction of over 570,000 sq m of built-up area comprising a mixture of IT offices, a convention centre, retail, residential, hospitality, entertainment and carpark facilities.