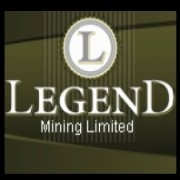 PINK:LGDMF) is pleased to release preliminary data from its aeromagnetic survey over the Ngovayang area at its Cameroon Project, West Africa. The results have identified the occurrence of itabirite (magnetite-bearing metasediments) on a larger scale than previously known information indicated, confirming the iron ore prospectivity of the Ngovayang Project. Numerous structural targets for direct shipping ore (DSO) are also evident throughout the Project Area.

Based on the results of this aeromagnetic survey, Legend has decided to exercise its right to acquire 90% of Camina SA, as approved by shareholders in December 2009. Settlement took place on 4 February 2010.

Legend Managing Director Mark Wilson said "The results of this aeromagnetic survey when combined with the topographical information from the Project Area and the rockchip assays known to date, has led the Board of Legend to an early decision to exercise Legend's right to acquire 90% of shares in Camina and thereby a 90% equity in the Project".

The aeromagnetic contractor has been instructed to fly an infill programme of 1,656km2 (65% of original area), which will give data at 200m flight line spacing.

"It is pleasing that the survey has highlighted the prospectivity for both itabirite and DSO around Eseka, which is proximal to the key rail infrastructure leading direct to the port of Douala", Mr Wilson said.

The aeromagnetic survey covering 2,566km2 over the Ngovayang Project has been completed at a flight line spacing of 400m. Based on these preliminary results, Legend has committed to a major infill programme comprising 4,515 line km which will bring the line spacing in the more prospective areas to 200m. This infill will provide a better resolution and definition of the magnetic features and will assist identification of potential higher grade hematite pods. Following the infill programme at Ngovayang, the helicopter will mobilise to the Mayo Binka Project area and complete a 960km2 aeromagnetic/ radiometric survey covering the entire tenement.

The Ngovayang Project aeromagnetic image shows internal banding within the metasedimentary host package, indicating the presence of magnetite within specific horizons. These magnetic units can often be correlated with itabirite mapped by le Bureau de Recherche Geologiques et Minieres (BRGM) in 1986. However, the magnetic units are much more extensive than the mapped units, indicating that the itabirite units are more widespread than previously thought, but do not always outcrop.

Previous non-systematic rockchip sampling (36 samples) of a suite of rocks ranging from magnetite-bearing itabirite through to supergene enriched magnetite-hematite have returned iron results between 30-69% Fe. The rockchip results, in conjunction with the magnetic response support the geological model/process for the upgrading of itabirite into higher grade (+60% Fe) iron ore.

Based on the aeromagnetic data, field work will concentrate on areas with the following magnetic response and/or character.

- Units where magnetic intensity changes from high to low suggesting magnetite destruction and possible hematite formation due to supergene/alteration processes.

Legend has also received notification of the grant of a new exploration permit in the Ngovayang Project area. The new tenement is located to the immediate northwest of the original Ngovayang permit and was pegged to cover the continuation of the host metasedimentary package containing the iron rich itabirite units. The Cameroon Project now covers a combined area of approximately 3,900km2, comprising 2,940km2 at Ngovayang and 960km2 at Mayo Binka.

Legend announced in September 2009 the signing of a legally binding Heads of Agreement (HOA) with Camina SA to explore for iron ore in Cameroon, West Africa. The HOA gives Legend the right to acquire a 90% interest in Camina, with Legend committed to a minimum exploration expenditure of A$1M over 12 months to assess the iron ore potential of the project. The terms of the HOA were ratified by Legend shareholders passing all resolutions at a General Meeting on 4 December 2009.

Within the Ngovayang Project, 115 strike km of itabirite has been identified in 24 separate zones. These itabirite zones, which can contain 20-45% Fe, are considered possible precursors for the formation of higher grade DSO mineralisation by supergene and/or alteration processes.

The Ngovayang Project in particular is well served by access infrastructure including rail and road networks to and from the port city of Douala, which will greatly assist the exploration phases of work and potentially facilitate a start-up production transport system to port.