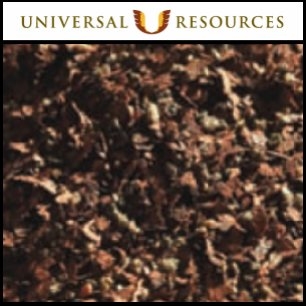 ASX:URL) is pleased to announce the appointment of Mr Eric Hughes to the role of Company Secretary and Chief Financial Officer with effect from 31 March 2010.

Mr Hughes, a qualified accountant has in excess of 20 years experience in the evaluation, development and operation of both domestic and international mineral and oil and gas projects. During this time he has held senior appointments, including executive directorships role in a range of Australian listed companies. Mr Hughes is also a Non Executive Director of Platinum Australia Limited.

Universals' Managing Director Mr Alistair Cowden said "Mr Hughes brings a wealth of practical experience gained from the evaluation and development of resources projects during his tenure in both large (BHPB) and mid cap companies which will be invaluable in developing Universals projects."