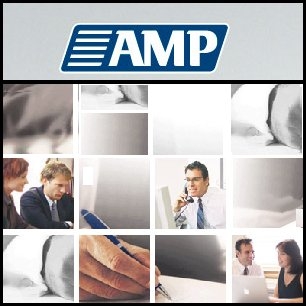 ASX:AMP) says it is still interested in acquiring the AXA Asia Pacific Holdings' (

ASX:AXA) Australia and New Zealand business while the Australian competition watchdog did not block its proposal.

ASX:NAB), made a A$13 billion takeover offer for AXA APH, after AMP proposed a merger with wealth manager in November last year. Both bidders hit hurdles in their takeover bids for AXA APH. AMP's offer has been rejected by AXA APH independent directors, while NAB's bid was blocked by Australian Competition and Consumer Commission, citing the deal would lessen competition in the retail wealth platform.

AMP is in talks with AXA SA (

NYSE:AXAHY) about a possible new bid for the French insurer's Australian arm. AMP says it can put forward a new proposal that is "financially disciplined" and which the independent directors of AXA APH will recommend to their minority shareholders.

AMP, which has prepared for a long takeover battle, says the takeover target remains attractive as it seeks to accelerate parts of its growth strategy. M&A activity takes both patience and perseverance to ensure that real value is created for all shareholders, said AMP's chairman Peter Mason to shareholders.