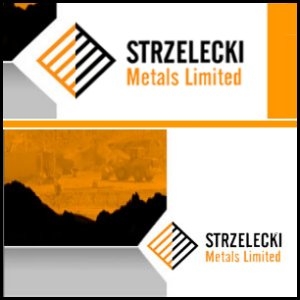 ASX:STZ) is pleased to announce that it has received a 5 year extension to its exploration licence in Poland. The new irrevocable licence granted by the Polish Government is valid to 21st May 2016 and can be extended up to a total of 30 years. The area of the licence, which is located in the vicinity of the towns Myszkow and Zarki in southern Poland has been slightly reduced from 234 km2 to 211 km2 mainly due to administrative reasons.

The concession has been held in the name of Slasko Krakowska Kompania Gornictwa Metali (SKKGM), a wholly owned Polish subsidiary of the Company, since 2006.

Since that time, the Company has acquired a freehold property near the town of Krakow (South Poland) to establish its Polish operation's technical and administrative base, employed adequate geological and other professional staff and carried out over 3,000m of diamond drilling over the licence. A JORC-compliant Inferred resource of the Myszkow Mo-Cu-W deposit was established. The deposit's Inferred resource identified to date contains 726 million tonnes at 850eMo cut-off with attractive grades of molybdenum (617-779 ppm Mo) as estimated by SMG consultants (Brisbane) in early 2009, later confirmed by Coffey Mining (Perth). The resource estimate is based on over 30,000m of Polish Government's and Strzelecki's own drilling.

At the end of 2009 the Company received an important study prepared by Coffey Mining (Perth) on a mine development and recommendations for the next stage of the deposit's drilling. The concept study concluded that the high grade core of the deposit on its own (approx 102 Mt) can support a 20-year life conventional underground mine.

Early in 2010, in addition to existing Polish metallurgical tests on ore from the Myszkow deposit, further tests based on a drill core sample from MM1 hole drilled by the Company was carried out by Wardell-Armstrong International in the UK. These metallurgical tests confirm that three dominant metals (Mo, Cu, W) of the deposit are freely liberating from the host rock and can be made into industry-standard concentrates through standard flotation showing recoveries well over 80% for Mo and Cu. From the above studies and the Company's drilling results it is concluded that at Myszkow a world class sized and potentially mineable deposit of molybdenumcopper-tungsten has been identified.

The resource is currently classified under the JORC code as Inferred. The objective of the forthcoming drilling program envisaged by the Company and recommended by Coffey Mining is to upgrade a part of the deposit to the Indicated category. The new holes (infill drilling) will allow better definition of the deposit, which will be essential for a pre-feasibility.

In addition to the infill drilling of the already defined Myszkow deposit, the exploration drilling testing of new copper and molebdenum-copper targets is planned in other areas of the 211 km2 concession. Earlier this year Strzelecki Polish geophysical consultants completed detailed analysis and re-interpretation of the existing geophysical database (magnetic and gravity) and review of drill logs previously drilled by the Polish Government in the concession area. As a result of this work, several target zones have been identified, including 5 drill ready targets.

Dr John Santich, Director of Strzelecki Metals Ltd said in reaction to the granting of the licence extension:

"Granting of the 5-year extension to our Polish concession is a true milestone for our company. Over the past 4 years we were building the foundations of a successful foreign exploration company in Poland. Now we can start building on those foundations leading to a feasibility study and eventually building of a mine. The area has a significant exploration 'blue sky' potential, and while advancing our knowledge of the Myszkow deposit, we certainly want to test this potential."

Dr Santich added that the Company had exemplary relationships with the granting authorities and the local government, as well as good local knowledge and excellent Polish staff. He noted that as well as good infrastructure, Poland offered a stable economic environment (the only EU country recording growth in a general recession elsewhere in Europe). Dr Santich said "with the new licence extension, the Company was assured that it would be staying in Poland for the long term".

The Company reported that in view of its strong future it had appointed Mr Bart Bogacz to the board of its Polish subsidiary SKKGM. Bart Bogacz is based in Kracow and with a knowledge of Australian and Polish business practices, will oversee the Polish operations, reporting to the Director of European Operations, Mr Andrew Zemek.

"Bart Bogacz has been working with us for several years and with his Australian background of Applied Mathematics, Masters in Marketing and Masters of Business Administration, is well placed to ensure that SKKGM operates efficiently and to international standards," said Dr Santich.

For the complete Strzelecki Metals announcement, please refer to the following link: