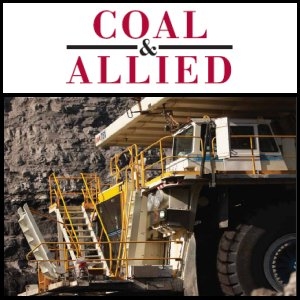 The company increased total semi-soft coking coal production by 18 per cent from the previous quarter in the second quarter while the prices for the commodity are currently relatively high.

Coal & Allied's share of coal sales for the June quarter was 16 per cent higher than the March quarter and two per cent lower than the corresponding quarter last year.

The full year sales is expected to be aligned with the recent guidance which outlined 27 million tonnes targeted production for 2010.