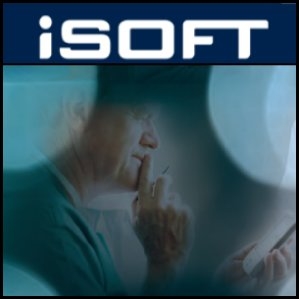 ASX:ISF) today announces the appointment of Andrea Fiumicelli as Chief Executive Officer following an international executive search initiated in September. He will join the Board effective after today's Annual General Meeting.

iSOFT Chairman Robert Moran said "His experience in healthcare IT internationally was a key determinant in our decision to confirm Andrea as CEO. He is an excellent executive with deep industry and management experience. In addition, his knowledge of this company - its strengths and its weaknesses - is very detailed and he has a passion to see this company succeed."

Andrea joined iSOFT in 2008 as Chief Operating Officer from Agfa Healthcare IT, where he was responsible for leading R&D, sales and service for Europe and its subsidiaries. He has been Acting Chief Executive Officer of iSOFT since September.

"I am very honoured to be appointed CEO, and I look forward to the opportunity to steer the company into a more fruitful and profitable period," Mr Fiumicelli said.

iSOFT also announces the appointment of Peter Housden as a non-Executive Director on the Board, effective from the end of the 2010 Annual General Meeting today. Peter has a strong financial background with an extensive career in listed corporations. He is a director of GrainCorp, Sparke Helmore and a member of the NSW Department of Housing's Risk Management & Audit Committee. He has previously been a Director of a number of ASX-listed companies, including Kaz Group, Sino Gold Mining (

ASX:DDT) and RGC. He also has wide experience in CFO and restructuring roles, including with Commander Communications, MIA, Pacific National and Henry Walker Eltin.

Peter will become the Chairman of the Audit and Compliance Committee, replacing Anthony Sherlock who has agreed to stand down after a short transition period. Mr Moran thanked Mr Sherlock for his long service to the company. Robert Moran said "Peter's appointment is part of our ongoing commitment to Board renewal. We set out more detail in relation to this program in the presentations for the AGM today."

iSOFT is committed to identifying an appropriate UK based person to take on the role as senior independent director and in due course to become chairman; working closely with the management team in the UK.

"The company should have an independent chairman and my short term objectives in this role of achieving management change, operational restructure, Board renewal and stability with the funding structure of the business have been essentially completed. My intention is to continue as a non-executive director", said Robert Moran.