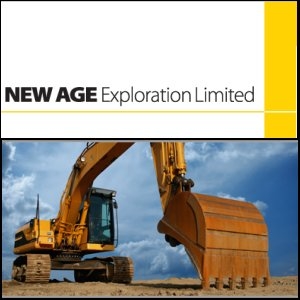 ASX:NAE) announces that it has entered into binding agreements to acquire two exploration and mining concessions within the Cesar thermal coal basin in Colombia through the NAE-Aurora Partnership.

This acquisition follows the recent announcement that NAE has formed a partnership to pursue thermal and coking coal projects within Colombia with Aurora Energy S.A. ("Aurora"), a leading supplier of mining and processing equipment and consultancy services within the Colombian coal sector.

"This transaction is the first step in the development of NAE's thermal and coking coal project portfolio in Colombia. We remain focussed on building on our portfolio and as such, we are continuing to review a number of other potential opportunities within Colombia."

The Cesar Basin is located in Northern Colombia in the Department of Cesar, approximately 100km south of the city of Valledupar.

The Cesar Basin contains a number of major open cut export thermal coal mines in which the economic coal seams are hosted by the Middle Los Cuervos Formation ("MLCF"). The MLCF typically contains multiple coal seams between 2m and 6m thick with a total coal thickness of up to 35m.

NYSE:GS) (La Francia). Production from the Cesar Basin is currently circa 40Mtpa and is forecast to increase to over 75Mtpa by 2015.

Coal produced from the Cesar Basin is widely recognised as high quality, low sulphur thermal coal with calorific values in the range of 6,100 to 7,000 kcal/kg, which is exported primarily in European and North American thermal coal markets. Glencore's La Jagua operation also produces between 0.5 and 1.5Mtpa of high volatile Pulverized Coal Injection ("PCI") coal for sale to the metallurgical coal markets.

Seismic interpretations indicate the target sequence (MLCF) is likely to be present on both of the Cesar Project concessions at depths generally accessible via conventional underground mining methods.

A conceptual exploration target of 200-800 million tonnes of export quality thermal coal has been identified at the Cesar Project.

The majority of coal from the Cesar Basin is transported by rail approximately 200 km to a number of export port facilities near Santa Marta.

The rail line is operated and maintained by Ferrocarriles del Norte de Colombia ("Fenoco") which has been granted the railway concession from Chriguana to Santa Marta by the Colombian Government. Fenoco is owned by the major coal producing companies in the Cesar Basin, with Drummond holding a 40.96% interest and Glencore (Prodeco) holding a 39.76% interest. The remainder is held by Vale (8.43%) Carboandes and Carbones del Cesar.

The current capacity of the Fenoco rail line is approximately 50 Mtpa. Fenoco is currently undertaking a US$1.07 Billion project to expand the capacity of the line to 100 Mtpa, which is expected to be finished by 2015. The Fenoco line crosses one of the Cesar Project concessions acquired by NAE-Aurora.

In addition, numerous road haulage options are available connecting to a number of major export ports on the northern coast of Colombia which are within 200 km from the Cesar Project concessions.

There are a number of export coal port options available to the NAE-Aurora Cesar Project in the Santa Marta and Barranquilla areas.

Rail and port access arrangements will be considered as part of the project development studies.

NAE and Aurora have signed a binding agreement to acquire 100% of the following Concessions granting the right to explore and mine coal in the Cesar Basin:
The key terms of the agreement are as follows:

- Payment of US$1 million on commencement of commercial production

The transaction structure involves only small payments prior to definition of a JORC Measured Resource, allowing the majority of initial investment to be spent on exploration and development until such time as there is a high level of geological confidence in the resource.

The NAE-Aurora Partnership has commenced acquiring historical seismic data for the Cesar Project and is currently in the process of engaging geophysical consultants to reprocess and interpret the data. NAE anticipates that this process will take 1-2 months.

Upon completion, the seismic data will be used to plan an initial drilling program of up to 6 holes to confirm the presence of the MLCF and target seams and commence the delineation of a JORC resource for the Cesar Project.

For the complete New Age Exploration announcement including Figures, please refer to the following link below:
http://www.abnnewswire.net/media/en/docs/67426-ASX-NAE-354753.pdf

New Age Exploration Limited (ASX:NAE) is a globally diversified minerals and metals exploration and development company focused on high value projects. The company is based in Australia,  with an advanced stage coking coal project in the United Kingdom, as well as an advancing gold exploration project in New Zealand.