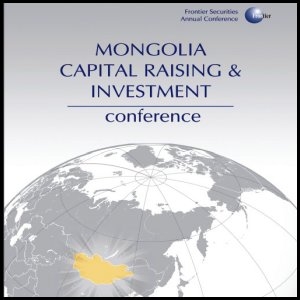 Frontier Securities Mongolia Expert Series: Potential of Nuclear Energy Development in Mongolia
Ulaanbaatar, Sep 23, 2011 AEST (ABN Newswire) - From 1970s to early 1990s, most of the exploration covering up to 40% of the whole Mongolian territory was carried out by Russian geologists. During the last 20 years, the exploration was mainly financed by foreign investment from countries such as France, U.S.A and Canada with wide interest and expertise in nuclear energy. Companies with interest in uranium such as Areva and Mitsubishi Corporation, CNCC International Ltd and Denison Mines Corp. were mentioned as particularly active in the Mongolian territory. Mongolia has also entered in to various cooperation agreements and/or partnerships with a numerous number of foreign governments such as China, India, France, Japan, USA and Russia.

According to IAEA reporting, Mongolia was ranked #16 worldwide with 62,000 tons of uranium proven reserves based on 2007 collected data. Today's proven reserves amount to roughly 70,000 tons and there is strong belief that they may rise up to 100,000/120,000 tons within the next 2 years. There is also high speculation as per the country's potential in uranium deposits with the IAEA's red book having indicated estimates of up to 1.39 million tons untested reserves, which if proven would constitute the largest reserves in the world. Monatom is more conservative, capping such a number to 500,000 tons.

Most of the current identified uranium reserves and resources are located in the Dornod Uran deposit (20,346t probable reserves) in northeastern Mongolia, the Dulaan Uul deposit (9,888t inferred) in Dornogobi province, the Gurvanbulag deposit (5,346t probable reserves), the Ulaan Nuur deposit (8,462t projected resources), the Hairhan and Haraat deposits (combined approx. 10,000t indicated and inferred resources). Although uranium has not been mined in Mongolia since 1995, recent testing of underground heap leach uranium technology by Kojegobi LLC, Mongolian subsidiary of Areva, shall result in the extraction of 4t of U-sulfite by the end of summer 2011.

Mongolian government ambitions for the sector and current issues to overcome

The adoption of the Nuclear Energy Law in 2009 has proven widely unfavorable to investors with the requirement of Mongolian state equity participation up to 51% in licenses developed with state exploration funds and up to 34% in those explored independently. Some discussion seems ongoing on this issue within the Mongolian Parliament about the remedies to be brought.

The government seems nevertheless eager to develop the uranium sector and to see most of the related proven reserves countrywide being mined, along with the completion of a processing plant within 3 to 5 years time. Despite the current moratorium observed worldwide on the development of nuclear energy since March 2011 following the major accident at Fukujima Daichii's nuclear power plant (NPP) in Japan, it seems unlikely that the government will depart from its initial intent to tap into the vast uranium reserves held by the country in order to build-up its own NPP or nuclear fuel cycle facility within the coming decade.

Mr. Tsogtsaikhan Gombo is the Director of the Mon-Atom company of Mongolia. Mon-Atom LLC is a fully state-owned business entity that is engaged in uranium development and nuclear energy projects. He also advises the president of Mongolia in economic policy issues. Before venturing into the business sector, he served as the formal, full time advisor to the Prime Minister of Mongolia.

Prior to that, Mr. Tsogtsaikhan worked in the global development agency of UNDP, in its Beijing office. As an international staff member, he was intensively involved in regional cooperation initiatives of UNDP in Northeast Asia.

He further advises a wide range of international institutions such as the World Bank, UNDP, Asian Development Bank on Mongolian and regional economic issues.

This year's conference, titled "Mongolia: Capital Raising and Investment" was the fifth edition of its kind to be organized by Frontier Securities. Having grown year on year in terms of importance since 2007, this conference has become a major event for anyone interested in exploring the latest developments in Mongolia's business environment from key direct sources. The focus of this last edition, held in the context of a robustly growing economy and booming mineral exports, encompassed the dynamics of capital raising from the viewpoint of the Mongolian government and local private sector by way of privatization and/or bond issue. It further provided the global investors community (266 Mongolian and foreign entities covering 19 countries were represented) with some relevant and up-to-date insights about the numerous opportunities offered by a wide array of sectors in the country, the most prominent of which being the mining sector.

Mongolia Expert Series is one of the in-house research report of Frontier Securities which utilizes the information collected during the Frontier Securities' Annual Conference. We hope the series will provide genuine insight into Mongolian investment environment, as well as various capital raising opportunities present for Mongolian companies.

Frontier Securities is the first local Mongolian Securities firm with a global network and international expertise. Established by Masa Igata, Frontier has been given full-service securities related license by the Financial Regulatory Committee (FRC) of Mongolia. Frontier also has brokerage, dealing and underwriting licenses that are regulated by FRC. Since its establishment, Frontier's primary area of  focus has been the cross-border investment banking business. 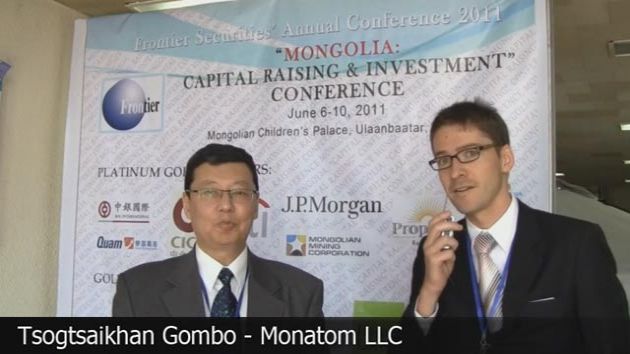 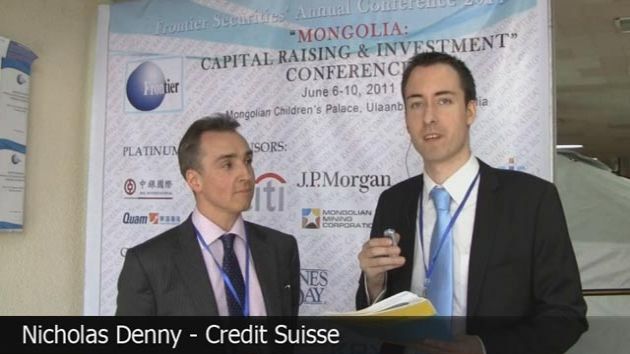 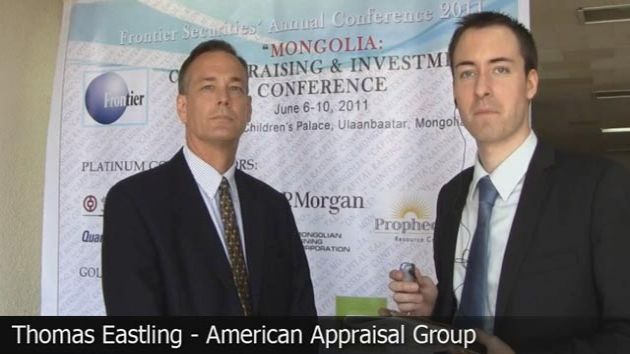