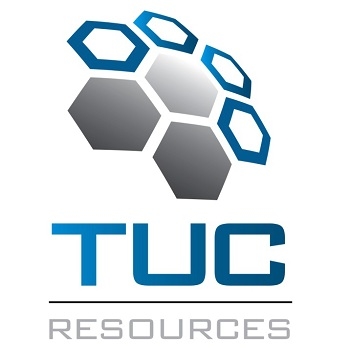 This year has seen the Company increase its focus on its Heavy Rare Earth assets in the Stromberg District. Our confidence is growing in the prospectivity and promising economics surrounding this project and these exciting and critical commodities.

At the Stromberg District I am delighted with the team's progress in completing two successful drilling campaigns to extend mineral inventory, the drill bit discovery of new HREE mineralisation at the nearby Scaramanga prospect, the completion of a metallurgical study which has led to significant mineral processing breakthroughs, and importantly, in making serious headway with our land access negotiations in this highly prospective region.

The team is working hard to expand the resource potential of the district. The directors are confident that further work planned for 2013 will expand opportunities in this area.

Given the aforementioned successes, and the increased focus on heavy rare earths, we are proposing to change the name of the Company to more accurately reflect our current and future direction. It is hoped that a resolution to rename the Company to 'Heavy Rare Earth Australia Ltd' will be passed at the AGM in November 2012.

The Company maintains some diversification in its exploration portfolio, steadily progressing exploration and land access negotiations, particularly on its uranium portfolio in the World Class Alligator River Uranium Field, and its newly acquired Acacia uranium tenements in Pine Creek. In some areas the Company is following a divestment strategy to provide leverage from its non-core assets in other commodities.

The Company is sufficiently funded with over $2.5M in cash as at 30 June 2012, allowing exploration activities to continue on core tenements. The Company is following a strategy to attract a major Rare Earth industry partner at either an equity, project or alliance level. The Stromberg Project's xenotime mineralogy, large exploration potential and apparently favourable mining geometry are attracting a lot of attention for the Project and the Company.

The Company is currently undertaking metallurgical diamond drilling at Stromberg and plans to use this information to drive flow sheet development in 2013. In addition, for 2013, planned exploration activities include:

Extensional and resource definition drilling at the Stromberg and Scaramanga Heavy Rare Earth Prospects;
Geochemical programs to develop the HREE district potential at other prospects such as Knightfall;

During the year, Mr Leon Charuckyj, an experienced resources investor, experienced Engineer and major shareholder in the company was welcomed to the board. Leon had significant involvement in mineral processing and marketing having once run a publicly listed Industrial Minerals Company. Leon has already made a significant contribution to the business.

On behalf of the board I would like to take this opportunity to thank our shareholders and other stakeholders for their continued support and to also extend a warm welcome to the new support we have gained during the year. I would also like to thank our team for their continued dedication and hard work over the past year. Last, but most certainly not least, I would like to thank, once again, our Managing Director, Mr Ian Bamborough for his continued dedication and leadership throughout the year.

I am looking forward to seeing the Company progress our exciting assets as we strive to build sufficient resources to be able to move to feasibility studies, development and ultimately successful operation of a heavy rare earth mine and processing facility in the Northern Territory.