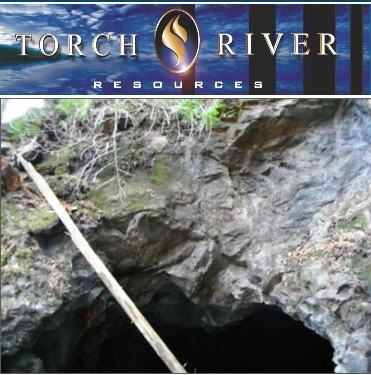 OTCMKTS:TORVF), is pleased to announce that it is working towards the terms of a proposed agreement to merge with Plumbago Refining Corporation ("PRC"). The goal of the proposed merger is to create a combined company that will be in a better position to advance the development of twenty (20) of their 49 former highgrade lump graphite mines located in southern Sri Lanka.

Torch and PRC have commenced their respective due diligence processes and are proceeding with discussions of the terms by which a merger of the two companies can be achieved. Site visits are planned during the month of August and the companies are encouraged that an agreement may be negotiated. Both companies believe the proposed merger could be viewed as a positive development in the worldwide effort to create new supplies of natural graphite. The marketplace has been largely dominated by exports from China for much of the past twenty years; however, that situation has been changing as internal consumption patterns in China have increased. As a result, the need for new, reliable, and costeffective supplies of graphite has become a topic of concern for many graphite users. In Canada as many as ten companies are seeking to quantify and build graphite operations. While these are welcome developments in the Canadian junior mining space, the reality is that the local sector may become saturated with projects. In addition, projects that consist of low-grade deposits may encounter high processing costs and in turn large capital expenditures in order to achieve enough scale to reduce operating costs. Both high capital expenses and operating expenses increase the risk of those projects.

Conversely, low-cost operations such as the one that may be possible as a result of the merger of Torch and PRC, have the potential to position the merged company well ahead in the race to supply global graphite markets.

Over the past two years PRC, which is registered in the Dutch Caribbean territory of Curacao, has acquired full ownership of a Sri Lankan subsidiary, Sarcon Development Ltd. ("Sarcon"), which has been pursuing a development program to reactivate 20 former producing mines located in Sri Lanka. Sarcon has licensed a total of 49 sites which are all are permitted and have received technical backing from Sri Lanka's Geological Survey and Mines Bureau. This would be similar to receiving support from the Ministry of Northern Development and Mines (MNDM) in Ontario. Torch and PRC estimate that the mines could be re-activated within 3 to 5 months of commencing the necessary start-up work which would include the completion of a resource estimate and receipt of a positive economic feasibility study to support the viability of the mines. In addition, Sarcon has obtained exclusive exploration rights for 116.1 km2 grid in Western and Southwestern Sri Lanka. These are believed to include the majority of known graphite mines on public land in Sri Lanka.

The graphite formerly produced from the mines and which is expected to be produced should the mines be re-activated, is of the 'vein/lump' variety which is typically characterized by grades of 90% C and +80 mesh quality or higher. These qualities, when produced from other mines, have resulted in some of the lowest capital expenses and operating expenses in the graphite sector. Many of the former producing mines that PRC is seeking to re-activate are located next to some of Sri Lanka's most productive graphite properties.

Sri Lankan graphite has seen strong international and domestic demand for its graphite products. Sri Lanka itself has experienced an average GDP growth rate of over 6% from 2003 until 2012, reaching a peak in 2010 of 8.6% in December of 2010. This has resulted in robust local economy that has brought increased stability to the business and political sectors in Sri Lanka. In this regard the Sri Lankan government has taken steps to promote foreign private sector investment by easing the project approval process and improving it infrastructure across the country.

PRC's internal projections target production from the re-activated mines at approximately 3,000 tonnes per month of high-grade lump graphite that has a wide range of market applications. Moreover, if the estimated purity characteristics are realized, the merged company may generate excellent prices for its finished product, and significantly reduce the need for extensive mineral processing thereby opening the door to becoming a low cost producer. The overall operation could therefore, represent an excellent opportunity for the merged company and offer the potential for significant value creation for shareholders. A feasibility study has not been completed and there is no certainty the proposed operations will be economically viable.

Paul Ogilvie, Torch CEO commented: "The re-activation of these mines could have a global significance. A merged company owning a majority of the graphite mines in Sri Lanka and the technical expertise to develop and produce graphite could develop a strong presence in the global market. It is worth noting that historically the graphite has been mined with a pick and shovel at costs less than $100.00 per ton. As a result, a large portion of the material may be sold directly out of the ground without any, grinding, floating or purification."

While the graphite will require appropriate testing and analysis to confirm its grade and quality, Sri Lankan graphite has generally been viewed as among the best in the world with grades as high as 99.+% Cg. It is also the understanding of Torch that the potential quality is consistent with deposits that have been produced in other parts of Sri Lanka, however, the extent of the mineral resource will remain uncertain until further exploration and development of the target graphite veins has been completed.

The global market for graphite is generally reported to be approximately 1.2 million tonnes per year. This is made up of flake, amorphous and lump/vein graphite. Increased domestic demand in places such as China, as well as demand due to new applications such as batteries in electric vehicles and hybrid electric vehicles has led to projections that an additional 200 - 300,000 tonnes of graphite per year may be required over the next five years. Graphite is also a global commodity with applications across a broad section of industrial and consumer products. As a result both Torch and PRC believe that high quality graphite from Sri Lanka will find customers in Asia, Europe and North America.

Lump or Vein graphite is considered to be one of the rarest, commercially valuable, and highest quality types of natural graphite. It occurs in veins along intrusive contacts in solid lumps and is only actively mined in Sri Lanka. As a result of the carbon content typically found with lump/vein graphite recovery operations, costs will normally be lower than flake or amorphous graphite recovery. Lump graphite processing techniques can include everything from hand sorting of large concentrated samples to standard crushing, grinding, froth flotation and milling. Lump/vein graphite is suitable for many of the same applications as flake graphite giving it a distinct competitive edge in terms market prices and product applications.

The Company and PRC intend to work towards a merger of the two companies however, there can be no certainty that an agreement will be consummated or, if a proposed agreement is reached that the necessary approvals, including regulatory approvals, will be obtained.

Torch River Resources is a publicly traded junior mining exploration company with a number of mining claims. The Walker graphite property operated as a mine from 1890 through to 1920 and is located in an area known as the Grenville belt. It is approximately 30 km north-east of Ottawa between Montreal and Ottawa and has the potential for high quality graphite deposits that have been actively examined and reported on for many years in this area. The Company’s Mount Copeland molybdenum deposit lies within metamorphic rocks flanking the southern margin of Frenchman Cap Dome, 32 kilometers northwest of Revelstoke, British Columbia. The Fort Elden copper property is comprised of 18 mineral tenures that total 2,828.6 hectares in area. The mineral claims are located 100 km west of Fort St James, BC. The Red Bird deposit is comprised of three zones of molybdenum concentration referred to as the Main, Southeast and Southwest zones within a property totaling 1,836 ha (4,400 acres) and is located 133 km southwest of Burns Lake and 105 km north of Bella Coola. The Company plans to divest each of these properties through a sale or joint venture, thus allowing it to focus on building a graphite mining company. 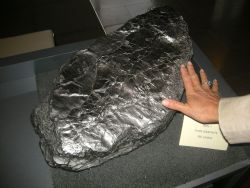