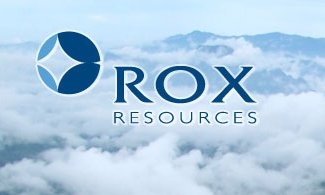 OTCMKTS:RXRS) is one of Australia's most successful junior minerals exploration companies.

The Sabre discovery, lying 6 km along strike of the known Camelwood and Musket Projects, demonstrates the exploration potential of the region, and the potential for further discoveries to be made along the Mount Fisher Greenstone Belt, which is almost entirely controlled by Rox Resources.

The first option is to develop a 500,000 tonnes per annum processing plant at Fisher East to produce nickel concentrates for a capital cost of approximately $85 million.

The second option involves toll milling ore and selling it to a third party for processing into nickel concentrates for a capital cost of approximately $21 million.

Both options have demonstrated a robust economic return based on current nickel prices, exchange rates and Mineral Resources, and the economics are expected to improve significantly as further drilling defines additional sources of nickel sulphide mineralisation and increases the mine life of the project. Rox has committed to completing a Pre-Feasibility Study on the Fisher East Nickel Sulphide Project.

In addition to its WA nickel project, Rox also has a significant investment in a joint venture with Teck Australia to explore one of Australia's largest undeveloped zinc projects at Teena/ Reward, located next to the McArthur River Zinc Project in the Northern Territory.

Rox also owns 100% of a copper play at Bonya in the Northern Territory, which lies in the heart of a known copper producing region and adjacent to the Jervois Copper project.