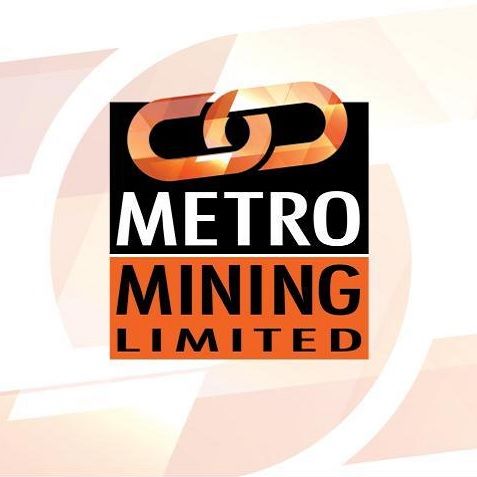 ASX:MMI) confirmed the signing of definitive and binding agreements with Greenstone to invest $8.9 million in Metro via a two tranche placement of 105 million shares at 8.5 cents per share. This represents a 26% premium to the last closing price of Metro shares.

Greenstone will become a 19.9% shareholder of Metro and, subject to agreement on the terms and conditions, is also willing to provide up to an additional US$20 million of follow-on equity funding to support financing the Bauxite Hills Project into development.

Metro Mining CEO Simon Finnis says the company is firmly focused on commencing mining operations at Bauxite Hills in September next year, with Greenstone's involvement and support considerably assisting that process. Their agreement to provide strategic and financial support in the long term shows their commitment to the project and the company.

Metro and Greenstone will establish a strong strategic relationship with Greenstone gaining a Metro Board seat and representation on the Bauxite Hills development steering committee.

Greenstone's approach to investing is to develop a collaborative relationship with management leveraging upon in-house skills, expertise and global networks to add value to projects.

- Bauxite Hills has a Direct Shipping Ore (DSO) resource of 65.3 million tonnes and a mine life in excess of 13 years.

- Bauxite Hills has been classified as a Project of Regional Significance by the Queensland Government.

- Metro believes final determination of the EIS may be achieved later this year - enabling site construction to commence after the wet season, and mining operations to commence in September, next year.

- In January Metro announced it had secured Native Title and Land Access Agreements with the Ankamuthi People and the Old Mapoon Aboriginal Corporation (OMAC). The agreements include the provision of employment and training opportunities for traditional owners, business development and contracting opportunities for Ankamuthi businesses and payment of mining benefits for the life of the Project.

- The Definitive Feasibility Study for the Project is expected to be completed in July.

- In August last year Metro secured an off-take Memorandum of Understanding (MoU) with Xinfa, one of the largest integrated aluminium companies in China and a major metro shareholder.

Further information about Metro Mining can be found at http://www.metromining.com.au

The Greenstone team has over 100 years of real industry experience in the resource sector, with particular expertise in developing and operating mines globally, including specific expertise in the alumina and aluminium industry. Further information about Greenstone can be found at http://www.greenstoneresources.com.