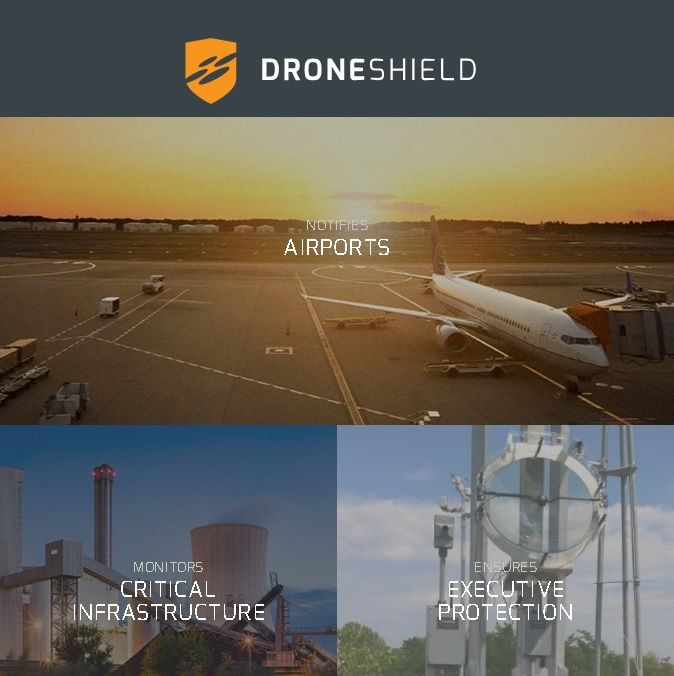 ASX:DRO) ("DroneShield" or the "Company") is pleased to provide an update on its operations.

DroneShield has appointed Adarga Limited ("Adarga") to represent DroneShield in the UK security market. Adarga has a deep history and key relationships with UK security, military and homeland security sectors, and will support DroneShield entering into those sectors. DroneShield has already run a successful capability demonstration for several of Adarga's clients in the UK, and the leads are expected to translate into orders in the near term.

DroneShield has made several key appointments in the business development and engineering areas:

Mr. Woodward previously held a number of high profile technical and engineering roles in communications and banking industries in Australia and Europe. He was also the founder of several businesses including Wholesale Communications Group, which rapidly become the largest non-retail telecommunications provider in Australia before being acquired by ASX-listed M2 Group Limited (

ASX:MTU). Simon's previous projects included leading the architecture and implementation of a nation-wide telecommunication network across the challenging landscape of the Solomon Islands, and development and support of large scale transactional processing engines handling billions of records a day.

Mr. Taylor is an accomplished senior sales executive and manager with a career approaching 20 years in the Australian Information Technology industry. Roles have been with some of the most well-known and successful companies in the world, such as Apple and Adobe Systems as well as more niche companies such as Cornerstone. Mr. Taylor has extensive experience as a business development executive, demonstrating skills in relationship management, contract negotiation, people management, coaching, sales pipeline management, opportunity management and sales closure. Mr. Taylor started his career as a NSW Police officer, spending the majority of his time on the Force as a Detective Sergeant investigating major crime and organised crime. He has been awarded the National Medal, the Australian Police Service Medal and two Commissioners Commendations.

Mr. Renton brings over 15 years of broad leadership experience across sales, marketing, product and go-to-market from within private and publicly listed organisations. A significant amount of his time has been spent within early and midstage startups with a strong focus on growth and expansion. Most recently, he held the position of Head of Product & Go-To-Market in Asia Pacific at ReachLocal Inc (

The Company is also currently running a process on a key US Business Development role, with an appointment expected in the near term. The US market continues to be a key focus area for the business going forward.

The Company is continuing to execute on its previously announced technology strategy and is involved in close discussions with a number of potential technology partners in complementary drone detection, as well as countermeasures globally. A market update will be provided as these discussions reach an appropriate phase.

DroneShield has now established a dedicated corporate and product development facility in Lane Cove, Sydney. This location will allow for ongoing advancement, testing and refinement of DroneShield's systems, and to perform local customer demonstrations.

DroneShield Ltd (ASX:DRO) (OTCMKTS:DRSHF) is an Australian publicly listed company with its head office in Sydney and teams in the US and UK. We specialise in RF sensing, Artificial Intelligence and Machine Learning, Sensor Fusion, Electronic Warfare, Rapid Prototyping and MIL-SPEC manufacturing.

Our capabilities are used to protect Military, Government, Law Enforcement, Critical Infrastructure, Commercial and VIPs throughout the world.

Through our team of primarily Australian based engineers - we offer customers bespoke solutions and off-the-shelf products designed to suit a variety of terrestrial, maritime or airborne platforms. 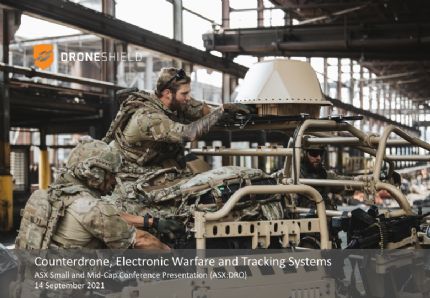 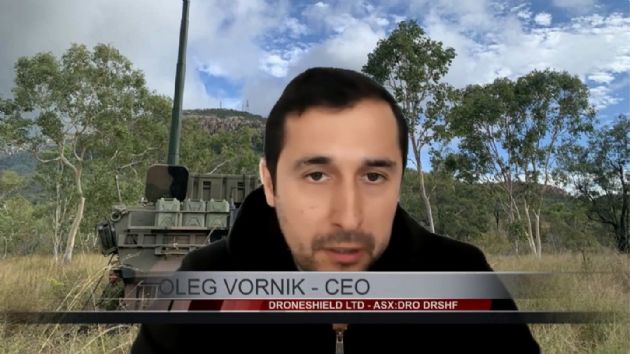