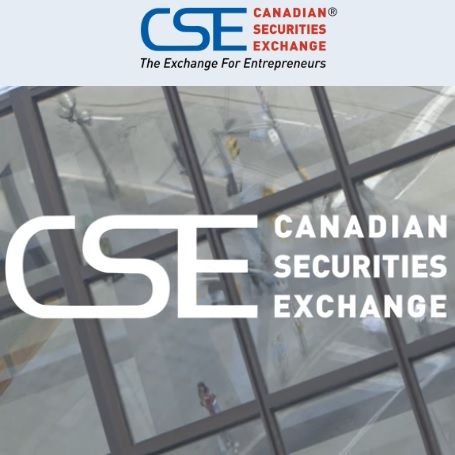 - Trading volume in CSE listed securities climbed 138% compared to the third quarter of 2015 to 1.27 billion shares;

- Companies listed on the CSE conducted 85 financings for gross proceeds totaling $109 million, an increase of 222% over the same period a year earlier;

- The CSE finished the July-September quarter with 315 listed securities, 13 more than at September-end 2015;

- Trading on the CSE platform in securities listed on other exchanges totaled 811 million shares, higher year on year by 59%.

Metrics for January through September also set records, with the 3.27 billion shares traded in CSE listed securities outpacing the total for all of 2015 (2.48 billion shares). CSE listed companies raised $226 million in the first nine months of the year, compared to $195 million in full-year 2015.

Trading volume continues to gain momentum in the fourth quarter, with a record 99,704,073 shares trading in CSE listed securities on October 6. Over the past 30 days the CSE has set new records for both daily trading volume and number of trades on seven occasions.

Several CSE issuers ranked among the most actively traded public companies in all of Canada during the quarter as investor interest increased across most industry sectors, and particularly for life sciences companies. The CSE also welcomed one of the few Initial Public Offerings completed in Canada this year when Glance Technologies Inc. (GET) made its trading debut on September 7.

Toward the end of the quarter, the exchange announced several important executive level appointments, and the addition of a highly experienced financial industry executive to its Board of Directions (refer to following link). The appointments were made to expand business development coverage and deepen the pool of expertise in the listings review group.

The CSE team remained hard at work connecting with entrepreneurs, hosting events in Vancouver, Calgary, Montreal and Toronto during the quarter, as well as presenting and exhibiting at the first ever Mines and Money conference held in North America. Senior exchange staff also travelled to China and Mongolia to continue outreach efforts in growing overseas markets.

The exchange is pleased to report that it will soon implement a new trading system technology featuring execution services for all equities listed in Canada. Related to this, a commitment to heightening the visibility of companies listed on the CSE through continued investor events and publications (including the CSE Quarterly magazine), plus support for market-making and other activities, will assist with further advances in volume and liquidity.

"The CSE is firing on all cylinders, with an improved capital markets backdrop helping our issuers to meet, and in some cases exceed, their financing targets," said Richard Carleton, CSE Chief Executive Officer. "Having added several talented executives to our team, the CSE is positioned even more strongly to facilitate access to growth capital for entrepreneurs at the lowest possible cost, while providing liquid and accessible trading services for investors anywhere in the world."

Or our blog at http://blog.thecse.com

The Canadian Securities Exchange (CSE) is home to more than 300 issues covering a broad range of industry sectors. The exchange provides trade execution, smart routing, risk management, compliance and market information services for Canadian listed instruments. Recognized as an exchange by the Ontario Securities Commission in 2004, the CSE is designed to facilitate the capital formation process for public companies through a streamlined approach to company regulation that emphasizes disclosure and the provision of efficient secondary market trading services for investors.