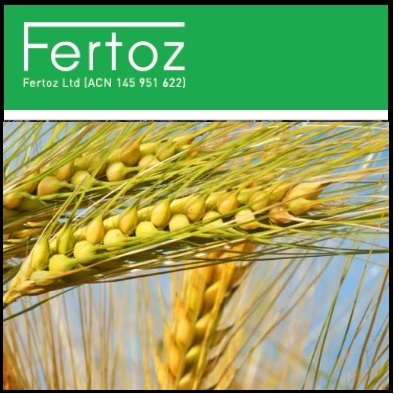 ASX:FTZ) ("Fertoz" or the "Company") is pleased to provide an update of activities during the quarter ending December 2016.

- 1,100 tonnes of rock phosphate available for sale prior to and in early spring of 2017

- Acquisition of the remaining 50% interest of Fertoz Agriculture Ltd (FertAg), which owns sole distribution rights to a phosphate product in Australia and New Zealand

"We achieved a lot in the December quarter and continued to establish strong sales and marketing partnerships. Importantly, we secured site access to our 17,500t bulk sample area at Wapiti and managed to extract some additional rock phosphate to add to our stockpile prior to winter setting in. Rock phosphate from Wapiti will be processed at Beaverlodge, which is close to farming areas in Canada. Beaverlodge also has good road and rail options for transport throughout Canada and the USA. We are also continuing to progress the activities necessary for the issue of a permit for a 75,000tpa mine at Wapiti, which is the next stage in our development. We expect this to be finalised later in 2017. Until then, we have stockpiled phosphate and material available via our bulk sample permit to meet expected customer orders."

- The Company has built an inventory stockpile of approximately 1,100 tonnes of material which is available for sale prior to and in early spring.

- The Company completed the road construction at its Wapiti Phosphate Project in British Columbia, Canada. This new access trail has allowed Fertoz to commence mining of material utilising its 17,500-tonne bulk sample permit at Wapiti. This road access and site infrastructure will provide longer term access to the Company's proposed mine at Wapiti once the Company obtains approval for its 75,000tpa small mine permit. As shown in the December 2016 Appendix 5B the Company spent approximately A$859,000 on developing the infrastructure and mining at Wapiti. The mining process is relatively simple, with at-surface material initially blasted to loosen both material and overburden, followed by simple mining via an excavator to extract material.

- Material has being transported off site to the processing area the Company has identified at Beaverlodge in Alberta.

- Beaverlodge is proximate to the Prairie Provinces, a significant farming area in Alberta, Saskatchewan and Manitoba, Canada. At the processing location, rail and road infrastructure is excellent and will allow flexibility in cost-effectively delivering product to customers throughout the USA and Canada.

- Fertoz has also received indications from organic growers in Alberta to purchase rock phosphate. Some growers intend to apply the product directly, while others with more basic soil types will blend it with sulphur to improve the availability of phosphate to the plants.

- A long-established US-based soil amendment company, which plans to extend its large eastern US network into the western US, has also indicated an intention to purchase product for blending with its products. The Company expects to announce firm orders in the coming quarter.

- Fertoz has commenced testing of its phosphate rock product with several sulphur manufacturers, including a respected, long-established company and a new, rapidly growing manufacturer. The Company is arranging trials with various additional fertiliser products to make farmer-specific fertiliser blends. Humates, boron, rock dust, FMP and various manure composts are being planned for greenhouse trials over the winter period, particularly in the vegetable growers market. As well, trials are being planned using micronized rock phosphate blended with various fertigation products.

- Demand for FertAg products in Australia continues to grow as more farmers try the product.

- Sales have increased from 168 tonnes last quarter to 279 tonnes in this quarter.

- Due to strong demand another 400 tonnes is due to be ordered in February for delivery in April.

- The FertAg business has continued to be self-funding.

- As previously announced, Fertoz has evaluated that the Dry Ridge project no longer meets our development strategy and hence the Company has decided to exit this project. Fertoz is working with the leaseholder on other partnership approaches.

For the coming quarter, Fertoz is focused on delivering value through:

- Ensuring we have 10,000 tonnes of material available for sale.

- Continuing to ramp up sales to targeted farmers in western Canada, targeting the Spring growing season, and then resuming mining at Wapiti and Fernie in late Spring in anticipation of stronger sales during the spring, summer and autumn crop rotation seasons.

- Securing recommendations through a science-based approach with major users and agronomists which will help us to highlight the benefits of blending our phosphate rock with other products to improve rock phosphate performance and thus brand confidence.

- Building on our product position by becoming a leading source of information to organic and conventional growers through a number of educational and informative initiatives which will raise the awareness of Fertoz among the organic farming communities in North America. This will include an updated website with organic fertiliser and crop news feeds, education pieces on direct application rock phosphate and phosphate blends, an updated media section and more.

- Progressing the Company's 75,000 tonne per annum small mine application for the next stage of Wapiti.

- Building the order book for FertAg products and importing more product for Queensland and Northern NSW. 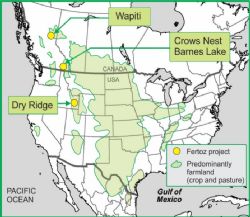 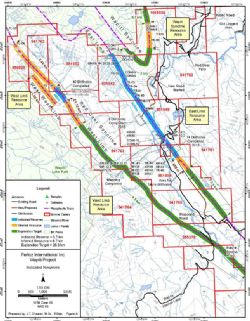 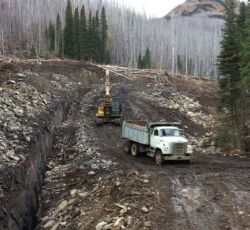 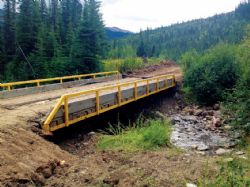 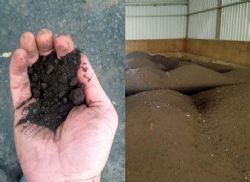 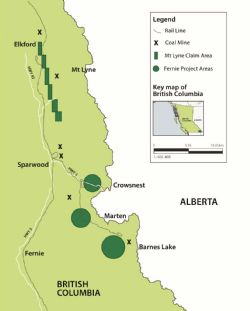 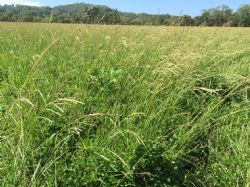 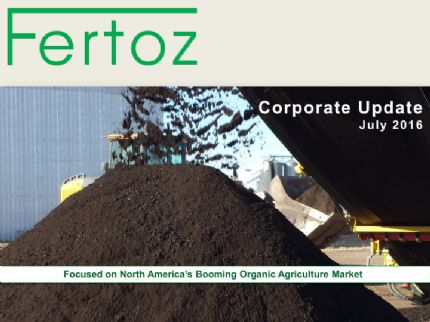 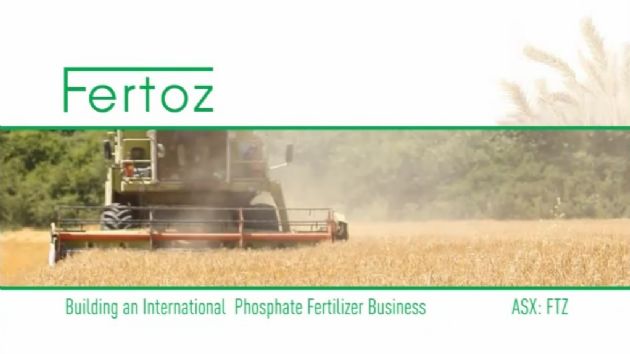