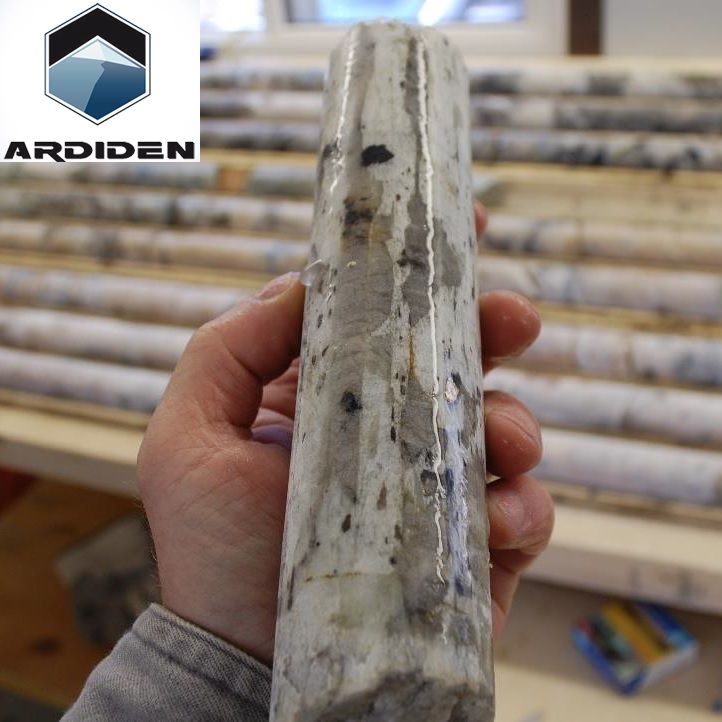 ASX:ADV) is pleased to advise that it continues to make excellent progress with the ongoing Phase 2 resource delineation diamond drilling program at its Seymour Lake Lithium Project in Ontario, Canada, with the latest drill-holes intersecting multiple thick spodumene-bearing pegmatites from close to surface.

- Multiple shallow and deeper spodumene-bearing pegmatites intersected in latest holes, including thick mineralised zones with a combined down-hole width of up to 35m (SL-17-22).

- Drilling continues to confirm the interpreted mineralised extensions and the presence of multiple pegmatite zones at the North Aubry prospect - with the mineralisation remaining open to the east, west and down-dip.

- Drilling is providing a greater level of geological understanding and confidence while also steadily increasing the overall scale of the project.

The latest five drill-holes (SL-17-14, SL-17-16 and SL-17-21 - SL-17-23) have now been completed and logged by the geological team. This batch of drill holes has again intersected multiple spodumene-bearing pegmatites both close to surface and at depth over various widths, confirming the presence of multiple pegmatite layers, including:

The drilling has continued to validate the known primary mineralised zones, further defining the boundaries of the main outcropping area and extensions of the secondary spodumene-bearing pegmatites at the project. Once the drill core has been logged, cut and prepared, the drill samples will be sent to Activation Laboratories in Thunder Bay for assay.

Ardiden notes although the pegmatites at Seymour Lake can be somewhat difficult to model and predict due to the variable fluid pathways, confirmation of the interpreted extensions of the spodumene-bearing pegmatites and the verification of multiple pegmatite layers in the latest drilling provides the Company with a greater level of understanding and confidence in the project, while also steadily expanding the overall scale of the project and its future resource potential.

As previously advised, the first portion of the current drilling program was designed with close-spaced drilling to ensure a high level of confidence in the data to support initial maiden JORC 2012 Mineral Resource.

Once a sufficient number of drill results and geological data have been obtained during this drill program, it will provide the Company a solid basis of understanding about the multiple spodumene-bearing mineralisation zones contained in the central portion of the North Aubry prospect - underpinning an initial JORC 2012 Mineral Resource for Seymour Lake.

Once the basis for an initial JORC 2012 Mineral Resource in the central mineralised zone at North Aubry has been established, Ardiden will conduct wider-spaced drilling in order to confirm the extensions of the spodumene mineralised zones which can be incorporated in future resource estimates.

As previously advised, the current diamond drilling program is designed to target the immediate project area around the North Aubry prospect, which is located within an extensive 5km long pegmatite zone identified during the mapping and sampling campaign completed in 2016.

These drill holes have continued to verify the western and northern extension of the multiple pegmatite mineralised sills. The continued intersection of multiple high quality spodumene-bearing pegmatite reinforces the potential to establish a maiden JORC 2012 Mineral Resource estimate for the Seymour Lake Project.

The identification of pegmatites either at or close to surface represents a strategic advantage for the project, potentially allowing easier access to high-quality mineralisation in a future mining scenario. The proximity of the pegmatites to surface is likely to reduce the required pre-strip, resulting in lower extraction costs and therefore improved project economics.

Ardiden has received queries from some Ardiden shareholders and others about certain aspects of the drilling log tables that were included in the ASX announcements for Seymour Lake dated 13 April 2017, 27 April 2017, 17 May 2017 and 22 May 2017.

In order to provide additional information and clarification about these drill logs, Ardiden has now included the Azimuth and a more detailed description about the various forms of mineralisation contained in the drill core. An updated table for drill holes SL-17-01 to SL-17-06, SL-17-10 to SL-17-13 and SL-17-24 at Seymour Lake Lithium Project, has been attached to the end of this announcement in Table 2 (refer to following link below).

Ardiden looks forward to providing further updates as they come to hand. 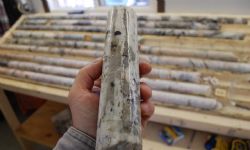 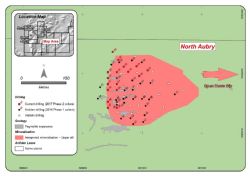 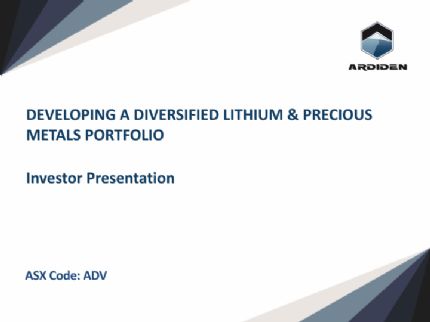