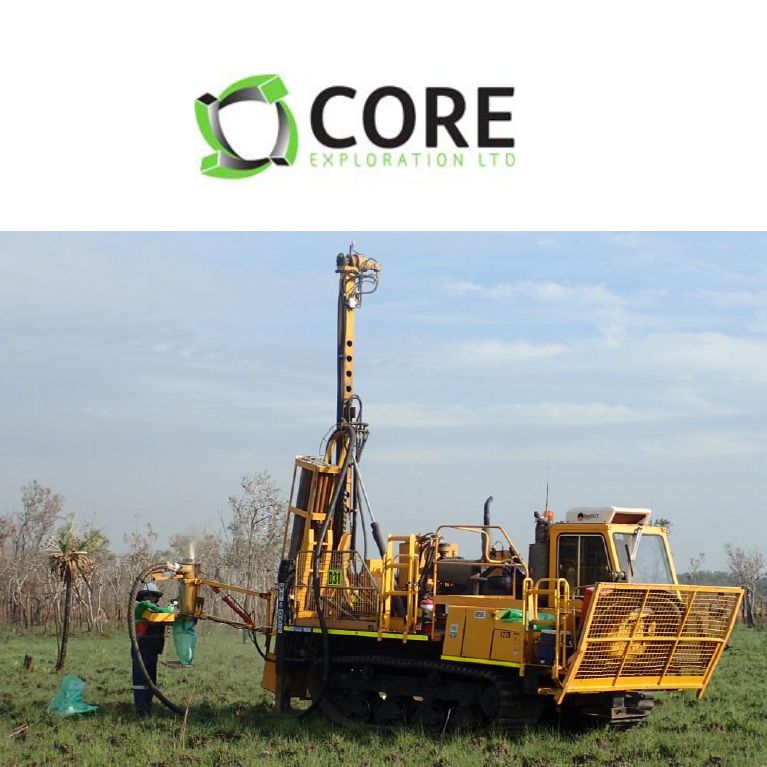 - RAB and RC drilling to commence around Grants in early September

Core's appointment of Mr Duncan marks a key step in Core's goal to progress as quickly as possible into mining operations at its Finniss Lithium Project, initially with a focus on generating cash flow from its high grade Grants lithium deposit through export of high grade DSO spodumene.

Mr Duncan is a Mining Engineer with more than 30 years' operations (open pit and underground across multiple commodities), and senior management experience.

ASX:BCI) where he successfully managed the feasibility and expedited development of its Nullagine Iron Ore Project.

Mr Duncan is a Member of the Australasian Institute of Mining and Metallurgy, and has a Bachelor of Engineering degree in Mining Engineering and Masters in Business Administration.

"We are very fortunate to have attracted someone of Blair's calibre to our team. Blair's experience in management of feasibility studies and mine development will be of great value to Core as we transition from pure explorer into a mine developer, starting with our high grade Grants deposit, where Core is seeking to establish the first lithium mine in the Northern Territory".

Core's immediate objective is to capitalise on the robust pricing that can potentially be achieved from selling a high grade DSO product, with a view to generating cashflow to fund continued exploration to define large scale spodumene resources, and ultimately development of a long life lithium spodumene concentrate operation from its hub at the Finniss Project in the Bynoe pegmatite field of the Northern Territory.

Core completed a Preliminary Mining Study into the development of the Grants deposit in May 2017, which demonstrated strongly positive outcomes from the development of a simple open pit DSO spodumene mining operation based on the modest scale Grants Resource (refer ASX announced dated 8 May 2017).

Since completing its positive Preliminary Mining Study, Core has continued to make solid progress on its path towards DSO production including:

- Heads of Agreement for potential future use of key port facilities at the East Arm Wharf with the port operator to export up to 1Mtpa DSO product; and

- Preparations for lodgement of the Mining Lease Application, which is expected to be lodged in due course.

Core's plan to develop the Finniss Lithium Project is supported by arguably the best logistic chain to China of any Australia Lithium Project being within 25km of Darwin Port - Australia's nearest port to China.

The Project also has substantial infrastructure advantages, including being close to sealed road, grid power, gas and rail infrastructure and less than 1 hour drive from the skills, trades, workshops and services in suburban Darwin.

Core expects to lodge its Mining Lease Application in due course, which will be a key step in the timetable towards development.

In the interim, the Company is commencing the next step of its feasibility studies, and it continues to mature its discussions with potential offtake and project partners to assist in funding development and sale of product from the Grants deposit.

A RAB drilling program is planned to commence in early September in the region around the high-grade Grants Lithium Resource. RC drilling of new pegmatite targets defined by RAB near Grants will follow shortly thereafter.

A component of this RAB program will be assigned to testing for pegmatite bodies identified adjacently west of Grants, which had been highlighted by recent ground radar surveys.

An update on current exploration and proposed drilling in the Grants area is planned shortly.

Core's early work to date suggests that the Ringwood Pegmatite Swarm extends over an area of more than 4 km long and 2 km wide - an area 10 times larger than Zola.

Of note, a 150m wide pegmatite zone has been confirmed by shallow RAB drilling at the northern end of the large Mastotermes Pegmatite target - the corresponding Mastotermes magnetic feature which is 1,200m long (see Figure 2 in the link below).

The large scale of the pegmatite targets and system at Ringwood is likely to require a number of phases of drilling to effectively assess.

Core's first phase of RC drilling at Ringwood that comprised 37 holes for 5170m of RC was completed last week. Inspection of RC chips has shown the pegmatites to be made up of quartz, feldspar, mica and minor fluorescent minerals interpreted to be lithium minerals.

Assays results are expected 4 weeks after completion of drilling.

Core's recent drilling has confirmed that the central outcropping "core zone" of the Zola Pegmatite Swarm covers a large area more than 1,000m long and over 400m wide representing a significant volume of pegmatite with elevated lithium contents.

Core is encouraged by the large scale and lithium fertility of the pegmatites intersected in initial drilling at Zola and the Company's immediate plan is to RC drill test the additional mapped pegmatites on the fringe of the first-pass drilling area commencing in early September. 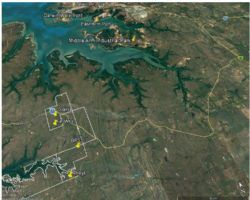 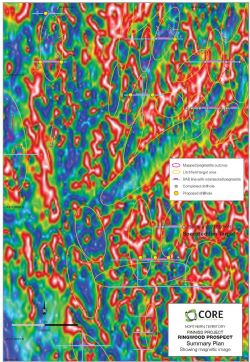 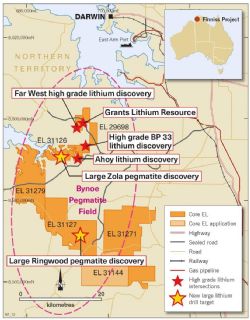