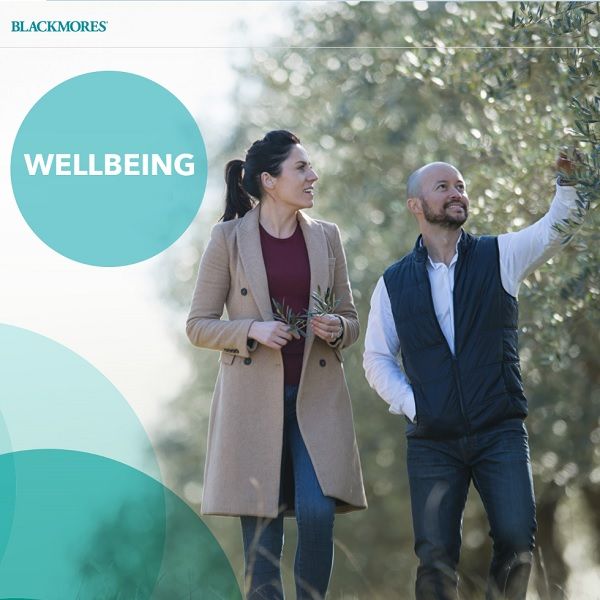 - Closed the year with a strong balance sheet

Following two exceptional years of growth, this was a rebalancing year for the Blackmores Group.

"After a turbulent start to the year, we are pleased with our recent performance," said Ms Christine Holgate, Blackmores' outgoing1 Chief Executive Officer. "We finished the year in a stronger position than we entered it. We have changed our expense structure to reflect a different trading environment and maintained investment in core future growth platforms; we have made appropriate provisions to protect us in future years and, with tight management of our inventory and cash, we exited the year with a strong balance sheet."

Speculation in April 2016 about potential regulatory changes in China impacted the buying patterns of Chinese entrepreneurs and tourists who were previously purchasing through Australian retailers.

The decline in sales to Chinese consumers through Australian retail was significant and came without warning. This was evident in the high levels of stock in the market in the first quarter of the 2017 financial year as seen in Blackmores' first quarter results.

To protect against future potential uncertainty, inventory provisions have been increased from $2 million to $14 million, this includes approximately $10 million in provisions above normal levels, impacting earnings by the same amount.

"The demand for Blackmores products in China remained strong throughout the year although the route to serve it has changed significantly. Blackmores responded quickly to the changes in the market by both building a new China export team and strengthening our in-country China business and tightly managing our inventory," said Christine Holgate. "We closed the year with direct China sales up 71% at $132 million. Including estimated sales through Australian retailers, China accounts for approximately $250 million of Group sales."

Although sales recovered as the year progressed, the changed Australian retail environment saw a return to market competition and normalised levels of trading terms, which diminished profits further on a year to year comparison.

Management responded to the pressure on profits across the Blackmores Australia business by realigning costs, managing expenses and reinvesting savings into growth initiatives. This included support for Blackmores' new businesses in Indonesia and Vietnam; further investment in BioCeuticals and Global Therapeutics; developing a world-first online education platform and the fit out of a stateof-the-art distribution centre in Western Sydney that will support future sales volumes for the Group.

Blackmores Australia and New Zealand sales of $372 million, including Pure Animal Wellbeing (2016: $482 million) were down 23% primarily due to Chinese tourists and exporters changing their buying patterns and following a return to market competitive pressures. Excluding the impact of Chinese influenced sales, Blackmores branded domestic sales were flat with clear market leadership maintained.

In September 2016, Blackmores launched a range of products in Indonesia and progressed the establishment of a business in Vietnam, where a range of Blackmores products will launch in coming months.

Business fundamentals are strong and the balance sheet demonstrates the focus on inventory, debt management and working capital, all contributing to strong cash generation. The financial health of the business gives Blackmores a solid entry into the new financial year.

"Our underlying performance has improved as the year progressed. We have invested in a worldclass distribution centre in Western Sydney and in new technology platforms that will support the growth we anticipate, including additional volumes from our emerging businesses in Asia," said Mr Richard Henfrey, who was appointed as Blackmores CEO on 17 August 2017. Mr Henfrey was previously Blackmores Chief Operating Officer.

"In line with updates to shareholders over the year, reported profits for the full year did not meet those of last year's exceptional results though represent 25% growth on the very strong 2015 financial year," he said.

The Board has declared a final dividend of 140 cents per share (fully franked), taking total dividends for the year to 270 cents, down 34% compared to last year. This reflects the Group's sound financial position and the Board's confidence in the future. The record date is 12 September 2017 and the dividend is payable on 26 September 2017.

Market conditions will continue to change and evolve in Australia and in Asia. Regulation, pricing and channel strategy changes provide challenges. Notwithstanding these challenges, Asia, and China in particular, is a significant opportunity, consumer demand remains strong and we expect recent initiatives such as our improved distribution capability and online education platform, to strengthen our core.

Blackmores' management and the Board expect year-on-year profit growth this financial year.

Blackmores Limited (ASX:BKL) (OTCMKTS:BLMMF) is Australia's leading natural health brand. Its quality range of vitamin, minerals, herbal and nutritional supplements, and continued support of the community and environment, are among the many reasons Blackmores is the most trusted name in natural health. 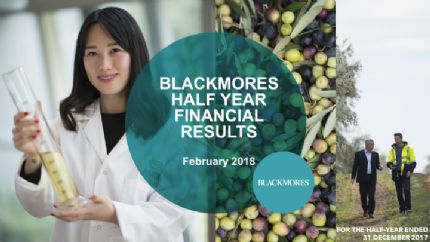 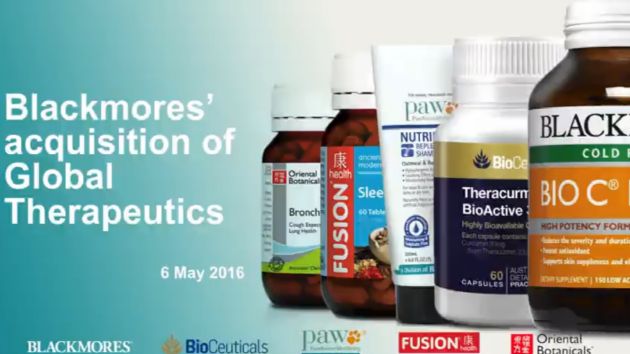 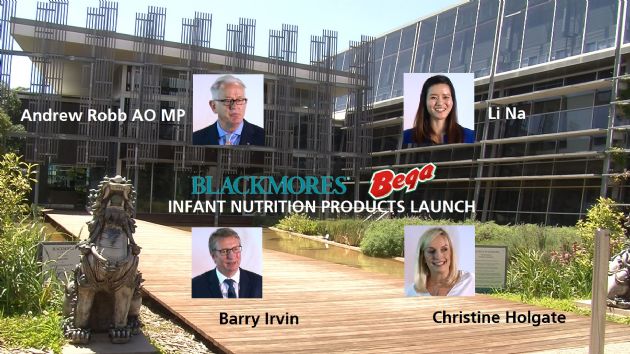