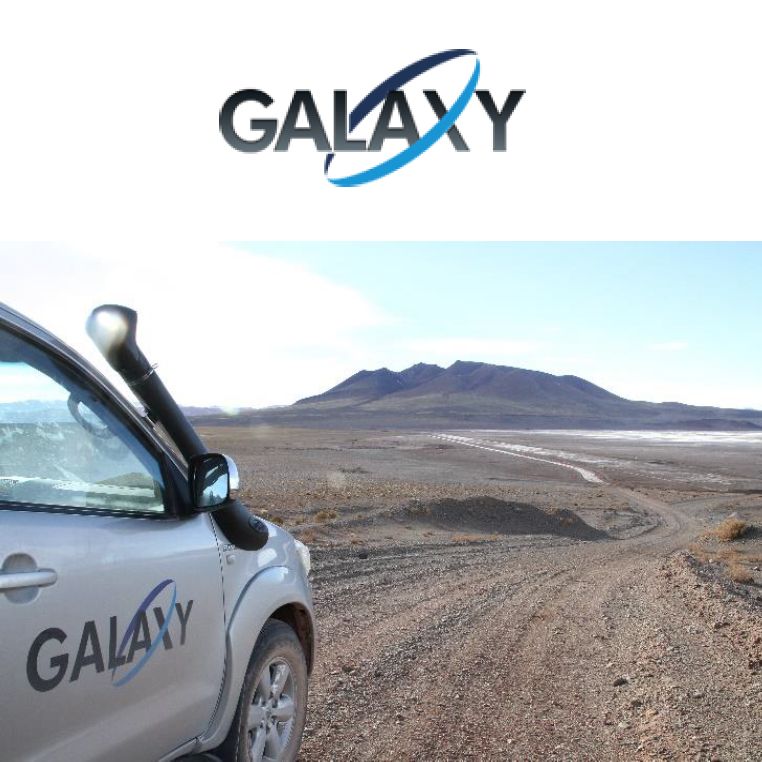 OTCMKTS:GALXF) is pleased to announce the final assays from its 2017 drilling campaign at the James Bay Project ("James Bay "or the "Project ") in Quebec, Canada. In late March 2017, the Galaxy James Bay team commenced a ~33,000m diamond drilling campaign to extend and develop the existing James Bay spodumene resource. The drilling program is now complete and all assays have been received.

Mineralized pegmatites outcrop at surface and the drill program has targeted approximately 2,360m of known pegmatite strike and outcrop west of the James Bay Highway. These final results include assays from exploratory drill holes east of the highway which have also retuned economic grades in the pegmatite.

Resource development, an updated recoverable resource estimate and the project feasibility study will focus on pegmatite mineralization west of the James Bay Road. The known pegmatite mineralization east of the James Bay Road, was tested using scout drilling in the recent campaign and will require further confirmatory drilling. An estimated 1,400m of the eastern zone remains untested by drilling.

The resource west of the James Bay Road remains open and mineralized in thick pegmatites, at depths of >350m below surface.

Assays (Tables 1 and 2, in link below) have been received for a further 22 diamond holes for 6,102m of NQ drilling (collars, Table 1, in link below). All drilling is diamond (core) drilling.

Thicker pegmatites at the western extremity of the known mineralization remain open and untested below the limits of the current drilling. Further deep drilling beyond 350m below surface is planned, once drilling for the James Bay feasibility study is underway. This drilling will focus on infrastructure sterilization, wide diameter (PQ size) drilling for metallurgical sampling at depth and geotechnical studies. This completed round of drilling will be used for a revised mineral resource estimation and upgrade, which is expected to be finalized by the start of November 2017.

Managing Director and CEO, Anthony Tse commented "The results from this drilling campaign support the James Bay Project becoming a significant hard rock, high grade, long life lithium resource. This combined with its strategic location and proximity to local infrastructure means that the Project has very strong development fundamentals. Galaxy will now advance the studies necessary for the development of a mine and concentrate operations at James Bay, as well as the planned downstream lithium conversion facility to be located in Quebec Province. The experience we have gained with the restart of the highly successful hard rock operations at Mt Cattlin in Western Australia will be utilized extensively to assist with the development of the James Bay Project".

The James Bay Pegmatite swarm is located 10km south of the Eastmain River and 100 kilometers east of James Bay. The property is accessible by paved road from the James Bay Road which cuts through the property close to the 381km road marker on the highway Route/109 from Val d'Or, Quebec, Canada. Val d'Or is approximately 526km westward from Montreal, Quebec. A large, multi-service truck stop is located at marker 381. Discovered in the 1960's and then known as the Cyr property the site consists of a swarm of 33 pegmatite dykes that belong to the rare-element 'class', the LCT (Li-Cs- Ta) 'family' and the albite-spodumene 'type' per the classification by Cerny (1991). Two new major pegmatite dykes have been discovered in this current campaign as well as smaller swarms eastward of the known extents. The mineralised pegmatite is open at depth and to the east. The lithium bearing mineral contained in the pegmatites is spodumene LiAl(Si2O6), a member of the pyroxene group of minerals. A classified resource was reported at cut-off grade of 0.75% Li2O of 11.75Mt @ 1.30% Li2O (Indicated) and 10.47Mt @ 1.20% Li2O (Inferred) within a conceptual pit shell using a lithium carbonate price of USD 6,000/t, metallurgical and process recovery of 70%, mining and process costs of USD 64 per tonne and overall pit slope of 45 degrees. The current resource is based on 14,457m of diamond drilling and 201.3m of horizontal channel sampling. The pegmatite swarms have dip direction ~N 103 degrees E., dip steeply at ~60 degrees westward and forms a corridor of discontinuous dykes about ~4km in length and ~300m wide. This outcrop is to about 15-20m above the surrounding muskeg/swamp. This phase of drilling is complete. 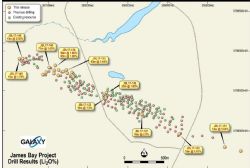