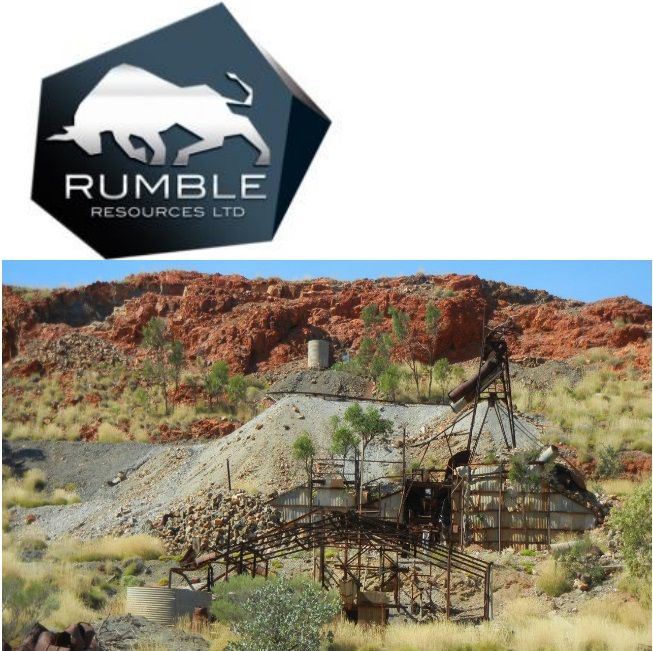 FRA:20Z) ("Rumble" or "the Company") is pleased to announce that the recently commissioned gravity survey over the southeast portion of the Earaheedy Zinc Project (E69/3464 - 75 km2) has been completed.

- Rumble has completed a gravity survey over high-grade zinc and lead stratiform mineralisation identified through historic wide spaced drilling within carbonate sediments of the lower sedimentary units of the Earaheedy Basin (Proterozoic) in Western Australia.

- Preliminary modelling has highlighted a number of gravity anomalies that are interpreted to parallel northwest trending basement structures.

- Detailed partial leach geochemistry is planned to cover the modelled gravity trends in March which will help delineate first order targets to be drill tested this year.

- Based on the wide spaced drilling, widespread flat lying zinc and lead mineralisation and significant high-grade intercepts, Rumble believes the potential for moderate to high angle fault breccias with significant/economic mineralisation is high.

- Rumble has applied for additional tenure that potentially covers the southeast extension of stratiform zinc and lead mineralisation.

Gravity targets associated with inferred northwest trending basement faults/structures have been identified. The gravity targets will be tested by partial leach base metal geochemistry to aid in defining mineralised faults which will help delineate first order targets to be drill tested this year. An additional exploration license (ELA69/3543) has been applied for to cover potential extension of stratiform zinc and lead mineralisation to the southeast of the current Earaheedy project area.

ASX:ZNC)) to acquire a 75% interest in the Earaheedy Project, as previously announced on 12 October 2017.

Review of the historic drilling has concluded that approximately half the drill holes did not intercept the target horizon. A total of 64 drill holes were completed within the project area (E69/3464) with only 35 drill holes intercepting the stratiform zinc horizon (including partial end of hole intercepts).

Rumble completed additional structural interpretation from magnetics and also completed a study on the relationship of metal zonation with respect to Zn:Pb ratios determined from drillhole data. Rumble considers the exploration model for the Earaheedy Project to be analogous to well-known MVT (Mississippi Valley Type) base metal deposits worldwide.

Based on the wide spaced drilling, widespread flat lying zinc and lead mineralisation and significant high-grade intercepts (3.3m @ 11.2% Zn), the potential for moderate to high angle fault breccias with significant/economic mineralisation is high.

The gravity survey comprised of 556 stations on a 200m by 200m grid covering an area of 20km2. Terrain corrections were applied to the final Bouger gravity (2.5g/cc).

The gravity survey was designed to cover the interpreted strong zinc metal endowment as defined by structural contouring (Zn%-m) - see image 2 in link below - along with higher grade Zn drilling intercepts within the south-eastern portion of granted tenement E69/3463.

Next Steps of Exploration

Historic exploration has shown the flat lying zinc and lead mineralisation does not surface and is essentially "blind". All historic exploration drilling passed through iron formations and shale of the Frere Formation before intercepting the host dolomite of the Yelma Formation. The mineralised dolomite was intercepted at a vertical depth of 50 to 70m to the southwest (see image 2 in link below). No systematic surface geochemistry has been completed.

Partial leach geochemistry is planned in March to cover the gravity trends and anomalies with the aim to help delineate base metal leakage haloes associated with potential mineralised fault breccias. 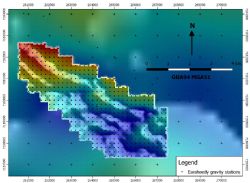 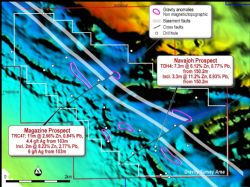