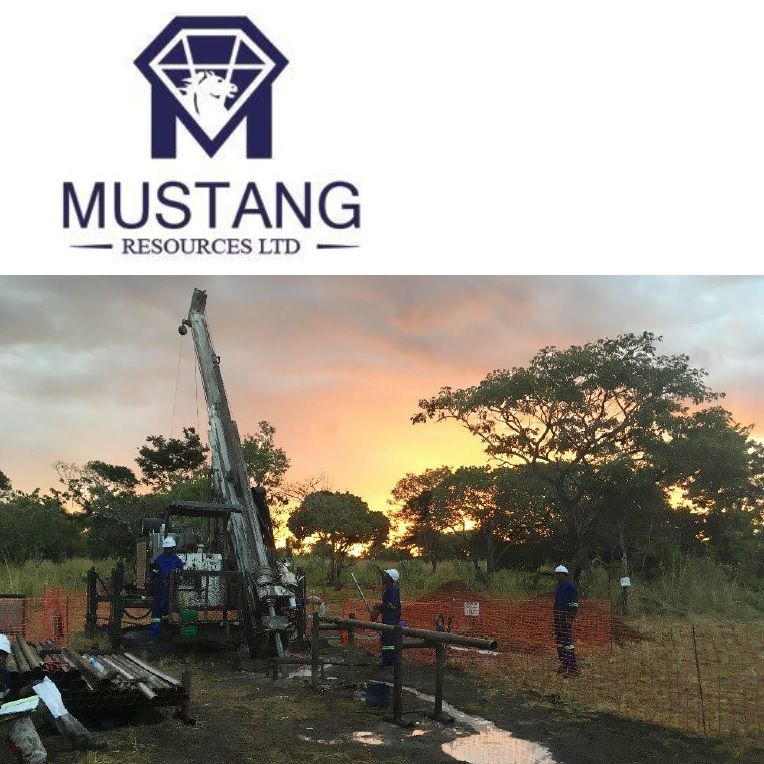 OTCMKTS:MTTGF) is pleased to announce that the feasibility study drilling program at its flagship Caula Vanadium-Graphite project in Mozambique is well underway. Mustang has planned 4,075m of diamond (DD) and reverse-circulation (RC) drilling to be completed in Q3 of 2018.

- The feasibility study drilling program on the Caula Vanadium-Graphite Project in Northern Mozambique is well advanced with 3,025m of diamond drilling and 1,050m of reverse-circulation drilling planned for completion in Q3

- The scoping study is underway and scheduled for completion in September 2018, expected to be followed by Resource upgrades and feasibility studies in Q4-2018 and Q1-2019

The purpose of the drilling program is to:

Mustang Managing Director Dr. Bernard Olivier commented: "This drilling program is a significant step forward for Mustang Resources as we expect to see an expansion of the already valuable Caula Vanadium and Graphite resources. Samples from the drilling will be used to conduct further metallurgical testwork to validate and confirm the Company's previous testwork and reinforce the simplicity of the recovery process. We look forward to updating the market once the results become available."

As shown in Figure 2 below(see link below), the potential exists to expand the Caula Project significantly through the drilling program, which is in progress with independent drilling company, Major Drilling International Inc. ("Major Drilling"). In the immediate vicinity of the Caula discovery, vanadium-graphite mineralisation has now been defined over a 540m strike length (open ended to the south) and this mineralisation is up to 230m wide (estimated true thickness), with the depth being completely open-ended at the limit of the current drilling.

The 4,075m of feasibility study diamond and reverse circulation drilling will test for both up-dip and down-dip extensions to the Caula deposit in this area. In addition to the clear potential to define additional vanadium-graphite mineralisation immediately adjacent to the existing Caula Measured Resource, strong potential exists to define the high-grade vanadium-graphite mineralisation over the significantly larger project area as illustrated in Figure 2 below(see link below).

The Caula Vanadium-Graphite deposit (and the deposits along strike to the South of Caula, including the Syrah Balama deposit) provide a unique opportunity to replicate the success achieved by American miners in the early 20th century using a simple and proven process to extract Vanadium.

In the United States Colorado Plateau, between 1910 and 1955, there were several operations producing vanadium from micaceous ores, particularly from ores containing roscoelite mica found in near-surface deposits which consisted of sandstone impregnated with vanadium-rich roscoelite, which is the same mineral that occurs in the Caula deposit. Roscoelite, the vanadium mica, is the principal source mineral in the Placerville vanadium deposits and occured as minute flakes coating the grains of sand, and partly or completely filling the pore spaces between grains.

During the period, a number of techniques were used in the recovery of vanadium. As the ore was crushed and ground, mica flakes were often recovered by screening and through means of froth flotation. Mica concentrates were also calcined and then leached as a form of extraction.

A range of processing conditions were used in the treatment of concentrates. In some operations, a salt roast was followed by a water leach, whereas in others, the mica was roasted with other additives such as calcium sulfate and then acid or alkali leached to dissolve the vanadium.

Given the relative simplicity in the processing and treatment of these mica-vanadium deposits, the United States was propelled to become the worlds' largest vanadium producer by 1941. The majority of these deposits, especially the ones with low uranium content, were subsequently mined out and production then shifted to VTM deposits in South Africa and elsewhere.

ASX:SYR) (refer to Syrah Resources "Update on Vanadium Metallurgy" dated 8 April 2014) reported the results of vanadium recovery testwork ore from its Balama project in Northern Mozambique. From the testwork, it was noted that that the application of Wet High Intensity Magnetic Separator ("WHIMS") and mica flotation processes to the graphite flotation tailings, was effective in recovering vanadium and could achieve a combined concentrate grade of > 3% V2O5. Further work showed that commercial grade vanadium pentoxide (98% and 99.9% Purity), which is suitable for battery use, can be produced from this vanadium concentrate.

Mustang Resources metallurgical testwork conducted to date at Independent Metallurgical Operations Pty Ltd ("IMO") and Nagrom, both located in Western Australia, has shown that the vanadium reports to the tailings during the graphite flotation process. Vanadium recovery testwork on the flotation tailings demonstrated that a portion of the vanadium could be recovered and concentrated using WHIMS. The testwork also shows that additional vanadium could be recovered from the WHIMS tailings by a froth flotation procedure, aimed at recovering and concentrating micaceous minerals including roscoelite. This work is at a preliminary stage but has demonstrated strong similarities between the Caula and Balama mineralisation. Ongoing testwork is underway and aimed at optimising vanadium recovery and concentrate grade.

Geology of the Caula Vanadium-Graphite Deposit

The Caula Vanadium-Graphite deposit is located in northern Mozambique in the Cabo Delgado Province (see Figure 5 in link below). The vanadium-graphite mineralisation is hosted in quartzitic schists of the Xixano, with the most common lithologies including Graphitic Schists, Gneisses and thin Pegmatoidal zones. Although Sulphides are occasionally logged, they are usually absent. The surrounding country rock consists of Quarzitic and Micaceous Schists and Gneisses. Vanadium mineralisation is found within the vanadium-mica roscoelite, with up to 17% V2O5 in the mica depending on lattice position substitution and valency states. (see Note 2 below)

The project area is situated in the Mozambique Belt of the East African Orogen, and contains highly metamorphosed meta-sediments and meta-volcanics. The rocks of the East-African Orogen are dated 850 - 620 Ma, in which metamorphic facies vary from amphibolitic to granulitic.

The mineralised zone is contained within a reclined isoclinal fold structure, which dips at roughly 60 degrees to the west (see Figure 6 in link below). Due to the region's tectonic history these meta-sediments have been altered to the extent that no sedimentary structure remains.

The current Caula Mineral Resource estimate is based on 16 diamond drillholes totalling 2,233.21 metres (484.72m in 2016 and 1,748.49m in 2017) and one reverse circulation (RC) drillhole totalling 99 metres (see Figure 4 in link below). Drillholes are spaced approximately 85 metres apart along a 540m strike length. With the exception of drillhole MORC004 (-77deg), all holes were drilled at inclinations of between 55deg and 60deg from the horizontal.

The results of the Mineral Resource estimate are summarised in Tables 1 and 2 below(see link below). Drillhole information and reporting in accordance with the JORC Code 2012 Edition are included as Appendices to this announcement(see link below).

2 When Vanadium (oxidation state 3+) substitutes for Aluminium in the Muscovite lattice it constitutes up to 17% of the molecule mass. With this Vanadium substitution the mineral is named Roscoelite. 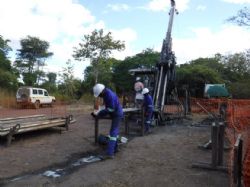 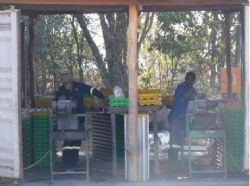 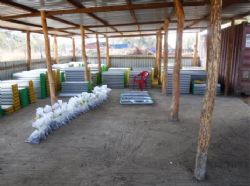 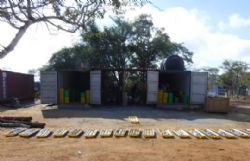 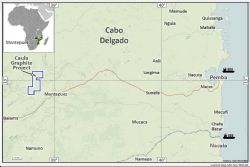 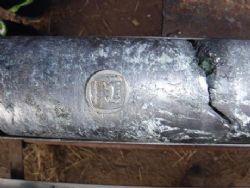 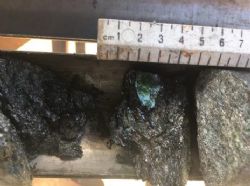