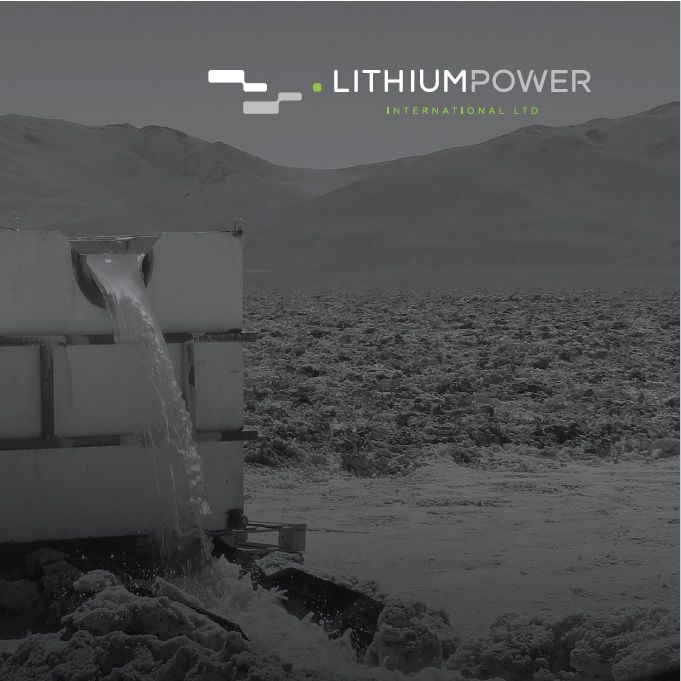 Half Yearly Report
Sydney, Mar 15, 2019 AEST (ABN Newswire) - The directors present their report, together with the financial statements, on the consolidated entity (referred to hereafter as the 'consolidated entity') consisting of Lithium Power International Limited (

OTCMKTS:LTHHF) (referred to hereafter as the 'Company', 'LPI' or 'parent entity') and the entities it controlled at the end of, or during, the half-year ended 31 December 2018.

Significant milestones occurred at the Maricunga during the financial half-year included:

- MSB submitted the Maricunga Lithium Brine Project's ('the Project') Environmental Impact Assessment ('EIA') to the Chilean Environmental Authority, Servicio de Evaluación Ambiental ('SEA') to be reviewed for approval. The EIA was the culmination of in-depth work spanning more than two years by MSB and was completed to the highest possible standard;

- the Project's EIA successfully passed the initial 45-day assessment period by SEA. Exhaustive assessment is currently being carried out and is expected to be concluded in 2019;

- approval was received to take the required 14.6 MW of power from a sub-station at the nearby La Coipa gold mine, including the use of power lines leading to the Maricunga Salar;

- finalised details of the Project's water supply, with an important groundwater source located in the east of the Maricunga Salar basin;

- had discussions with major Chilean and international financial institutions to secure project development finance have commenced and are expected to be finalised during 2019. Approaches from international companies have also been received regarding off-take agreements and future participation;

- MSB has continued to work closely with the Chilean Government and other corporate bodies to finalise all remaining licenses, agreements and operational relationships;

- LPI increased its ownership in MSB by 1% after paying $1.5 million from existing cash reserves. The Company now owns 51% of MSB; and

- LPI contributed US$2.3 million to a Capital Call from MSB, as its pro-rata share of the overall capital call.

- Permission for drilling has been obtained and plans are underway to drill several holes at the Centenario lithium project in Salta province, Argentina; and

- a large conductive target has been defined in an electromagnetic survey at the Centenario project. An internal assessment for the next stages of exploration is currently being conducted.

- In Western Australia, an extensive soil sampling programme over the Tabba Tabba property identified a 4.3 km long area of elevated lithium and tantalum, with Li2O values up to 689 ppm; and

- Documentation is being prepared to gain Ministerial approval for LPI to explore in the forestry areas of the Greenbushes licences; and

- the proposed exploration also covers lands managed by the Department of Biodiversity, Conservation and Attractions ('DBCA'). These lands are held by DBCA and are used for plantation purposes. LPI's documentation will cover the activities proposed on these lands.

CHANGES TO THE BOARD OF DIRECTORS

- On 3 September 2018, the Company appointed Mr Cristobal Garcia-Huidobro and Mr Martin Borda as Non-Executive Directors to further enhance the Company's relationship with MSB. As part of this change, Dr Luis Ignacio Silva resigned from the Board on the same date;

- Mr Cristobal Garcia-Huidobro was subsequently appointed Chief Executive Officer ('CEO') and Managing Director of the Company on 16 October 2018. This is a natural extension of his role as CEO of MSB; and

- Mr Richard Crookes was appointed Executive Director - Corporate Finance on 25 October 2018. He has a key focus to ensure that the Maricunga Project is appropriately funded and that key strategic partnerships, including possible off-take agreements, are secured as the Project moves into the development phase.