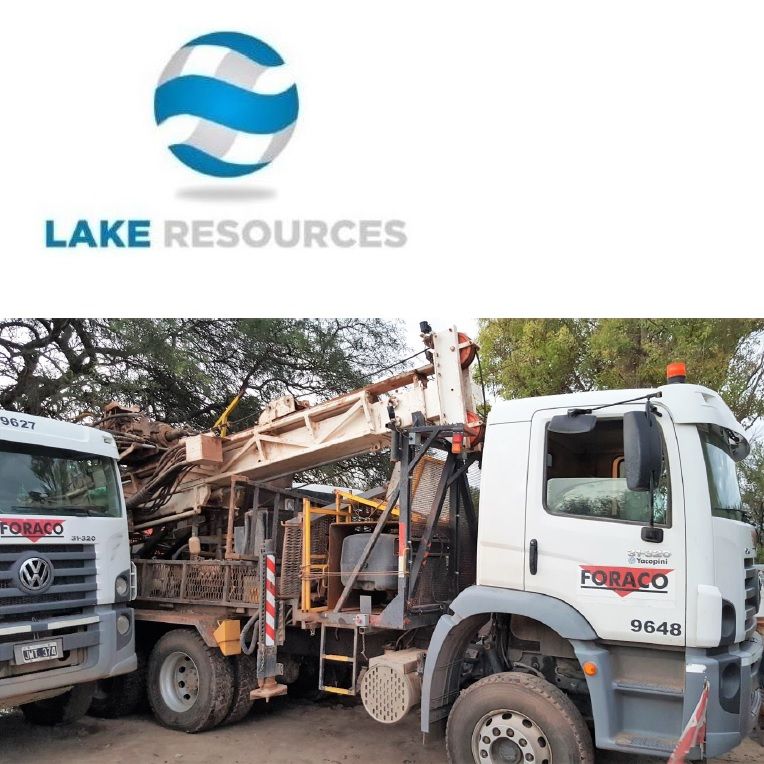 ASX:LKE) announcing today the commencement of a pre-feasibility study (PFS) at its 100% owned Kachi Lithium Brine Project (see Figure 2 in link below). It is located in a highly prospective area for lithium brine, being situated south of Livent/FMC's lithium production centre, which has been operating for over 20 years, and near Albemarle's Antofalla project in Catamarca Province. The region has been subject to significant corporate transactions recently involving lithium brine assets, implying an acquisition cost of US$50-$110 million per 1 million tonnes of LCE resources.

- Phase 1 engineering study has shown great potential for operating costs in the lowest cost quartile of US$2600/t LCE, using a direct extraction technique, which has shown 85-90% recoveries and lithium brine concentrations in excess of 25,000 mg/L lithium(see Note 2 below).

Lake recently announced a maiden resource for Kachi of 4.4 million tonnes lithium carbonate equivalent (LCE) within an exploration target of 8-17 million tonnes LCE grading in the range of 310 mg/L to 210 mg/L lithium (see Note 4 below) (refer ASX announcement 27 November 2018). This occurs within consolidated mining leases enlarged to cover 69,000 hectares and covers almost the entire salt lake. This places the Kachi resource amongst the top 10 lithium brine resources globally(see Note 3 below), at a time when there is an increasing demand for new lithium supply sources and constrained production from major producers.

In the coming weeks, an international engineering company will be announced to be working with Lake at Kachi on the PFS. This study will examine the project's technical and economic viability, including both conventional processing and direct extraction methods, project engineering design, product specifications, optimisation of recovery, and operating and capital costs. It is expected that there will be significant cost reductions (projected to be within the lowest quartile cash costs) and superior recoveries for direct extraction compared to evaporation ponds. As part of the project development, an on-site pilot plant is being planned to further assess the ion exchange technology developed by Lilac Solutions (see Note 2 below) (refer ASX announcement 10 December 2018).

Lake is currently in discussions with a number of parties with respect to production development funding and partnership at its Kachi project that would assist with financing the feasibility study that is likely to follow on from the PFS. The Company has sufficient funds from Amvest for the PFS.

Lake's Managing Director Steve Promnitz said: "Today's announcement is a significant milestone for Lake and for the Kachi project, the most advanced of Lake's four wholly owned lithium projects in Argentina. The Kachi project has the potential to become a globally significant lithium brine resource and a major lithium producer.

"Discussions will soon be completed with various technical providers of internationally acceptable PFS studies, so that the Company can demonstrate how Kachi can be taken into production using new direct extraction methods at a competitive cost. We are keenly aware of the opportunity at Kachi and are determined to advance its development into production, together with our Olaroz-Cauchari projects. Kachi is one of the largest wholly owned lithium brine basins in the 'Lithium Triangle', responsible for half the world's lithium output and at the lowest-cost."

The Kachi project's maiden JORC Mineral Resource estimate released in late November 2018 is 4.4 million tonnes of contained Lithium Carbonate Equivalent (LCE) in Inferred and Indicated Categories extending to 400m below ground level in porous permeable sediments. This contains 1 Mt LCE as Indicated resources, and 3.4 Mt of LCE as Inferred resources, with a resource depth of 400m for both areas (see Table 1) at an average grade of 211 mg/L lithium and Mg/Li ratio of 4.7. In total, this comprises 1,092,500 tonnes of lithium metal (4.4 million tonnes of lithium carbonate), and 30 million tonnes of potassium chloride (see Note 1 below). This is within the top 10 lithium brine projects globally and a similar size to major lithium brine producers in Argentina and Chile. Brine-bearing sediments remain open at depth and laterally, with the opportunity for resource expansion through additional deeper drilling and extending the exploration footprint.

The Phase 1 engineering study completed with technology partner Lilac Solutions showed the potential for lithium production costs to be US$2600/tonne (+/-30%), which is in the lowest quartile of the cash cost curve, using Lilac's direct extraction process on the Kachi brines(see Note 2 below). Lilac's extraction technology also offers the potential for a reduced environmental impact due to the removal of evaporation ponds, helping preserve an aqueous resource in an arid environment.

High lithium recoveries of 85-90% were confirmed from multiple brine samples, with lithium concentrations greater than 25,000 mg/L produced from ~300 mg/L lithium brine. An on-site pilot plant is under discussion for 2019. The pre-feasibility study (PFS) is a precursor to full-scale commercial project offering rapid, low-cost production with low environmental impact. The planned approach is to produce a concentrate of purified lithium brine on site and then convert to lithium carbonate at a location with more established infrastructure and workforce. Most reagents are easily sourced locally, except for proprietary materials.