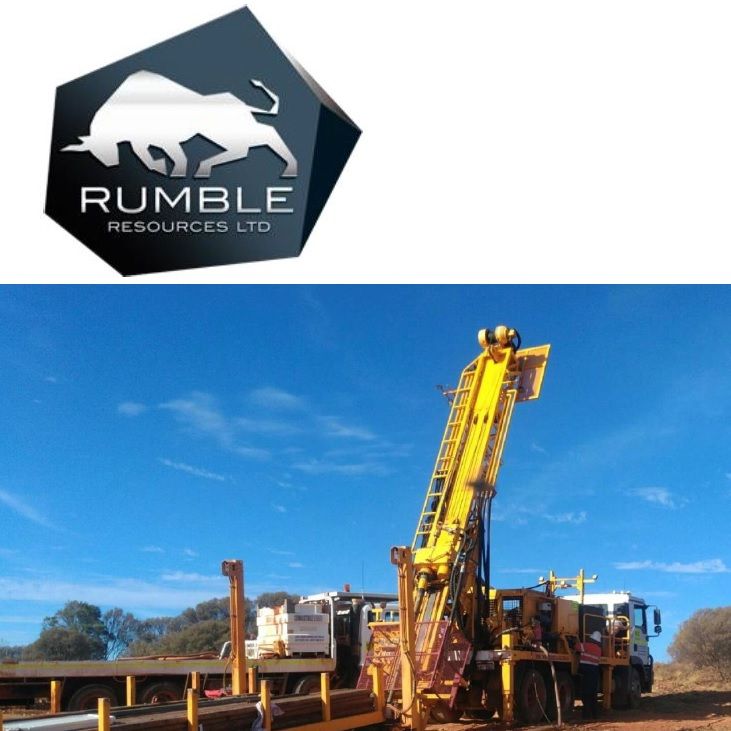 ASX:RTR) ("Rumble" or "the Company") is pleased to announce that it has commenced diamond core drilling at the Earaheedy Project. The drill programme will initially target up to four first order gravity targets recently identified (total six targets identified). The Earaheedy Project is located approximately 110km northeast of Wiluna, Western Australia.

- The large EG1 gravity drill target is up to 1.5km in strike length and up to 300m in width (similar width and length to the Pillara Zn-Pb Deposit located in the Lennard Shelf of Western Australia)

- Importantly, modelling determined the dip of gravity targets are in line with the basement fault which could reflect mineralisation intrusion

- Exploration has shown similarities to the historical Pillara (Blendevale) Zn-Pb deposit located in the Lennard Shelf of WA, with a strike of 2km, discovered between 80m to 500m below surface for a resource of 20Mt @ 8.3% Zn, 2.5% Pb, 17ppm Ag(see Note 1 below)

Review of the historic drilling has concluded that approximately half the drill holes did not intercept the target horizon.

A total of 64 drill holes were previously completed within the project area (E69/3464), with 35 drill holes intercepting the stratiform zinc horizon (including partial end of hole intercepts). The historic drilling was completed by Renison (RGC) 1991 -1992 and Zenith in 2007 (8 RC holes completed). Rumble is confident that all holes are located accurately and the sampling and assay techniques represent best practice for the period.

Mineralisation has been defined over an area of approximately 20km by up to 3.5km in width and is completely open.

Two surveys covering an area of 24km2 were completed on 100m by 100m and 200m by 100m spacings (1080 stations). The surveys targeted the main basement fault zone (interpreted from aero-magnetics) and the stronger base metal drill-hole intercepts from the historic drilling. Gravity inversion modelling has defined six (6) first order drill targets that occur over the main basement fault structure (see Image 3 in link below). The targets are determined by variations in density contrasts (iso-shells). Targets EG1 to EG6 (see Image 3 & 5 in link below) are defined by the 0-200 (0.20 g/cm3) iso-shell.

- The six gravity targets sit below the overlying Frere Iron Formation and their dip length strongly correlates with width of the carbonate formations that host the historic Zn mineralisation (see image 4 in link below).

- The steep dip of the gravity targets (steep southwest) also reflect the inferred dip of the underlying basement fault.

- The depth of the gravity targets gradually deepen to the southeast in line with the basement fault and dip of the hosting sediments.

- The gravity targets (EG1 to EG6) are interpreted to be associated with high angle fault/fault breccias that extend from the basement and are hosted in the main carbonate units.

- The targets represent bodies defined by density contrasts and these bodies may reflect denser carbonate rich zones or more significantly (based on the widespread Zn and Pb metal distribution), base metal mineralisation (epigenetic replacement).

- Review of the historic drilling has indicated no drill hole has intercepted any of the gravity targets.

- Historic drill holes that are close to the gravity targets include TDH19 (approximately 250m into the hanging wall of target EG1 - see image 4 in link below) which returned a wide low-grade intercept of 56m @ 0.46% Zn from 209m.

Diamond Core Drilling Commenced (see Image 3, 4 and 5 in link below)

Widespread flat lying carbonate replacement by low grade Zn and Pb sulphides has been delineated by historic drilling at Earaheedy. The area of flat lying mineralisation is very significant (20km by 3.5km) indicating extensive metal input and is completely open along strike and down dip. The historic drilling is wide spaced and has not tested the zone within the carbonates overlying the main basement fault.

Previous work by Rumble has highlighted strong metal zonation Zn:Pb ratios paralleling the basement fault (refer to ASX Announcement 12/10/2017 - Option Agreement to acquire Earaheedy Zinc Project). Metal zonation is characteristic of MVT deposits in the Devonian Lennard Shelf of Western Australia and has proven to be a useful vector to aid in delineating high-grade faults mineralisation. 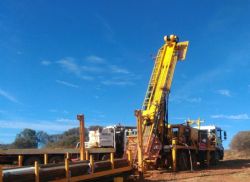 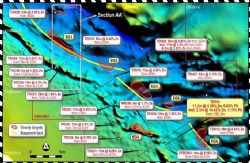 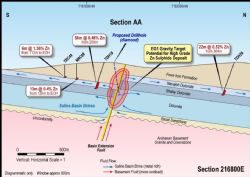