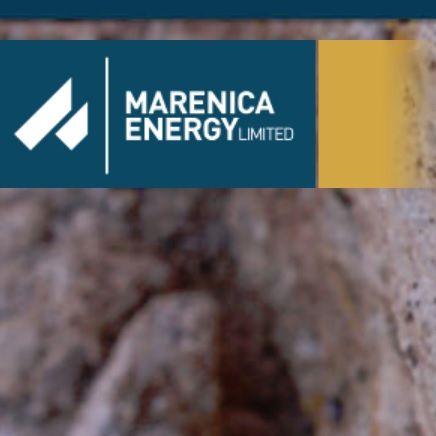 ASX:MEY) is pleased to advise that it has executed a binding term sheet with Optimal Mining Limited ("Optimal") for the acquisition of Optimal's Australian uranium tenements ("Acquisition Assets"). Completion of the purchase is subject to a number of conditions, including that the shares in Marenica will be in-specie distributed to Optimal's shareholders.

- Marenica will rank 4th largest*, by uranium resource, of all Uranium focussed companies on the ASX

- Timely acquisition with pending Uranium Section 232 decision in US

Please refer to the Transaction Details below.

The outright purchase of Angela, Thatcher Soak and Oobagooma, and joint venture holdings in the Bigrlyi, Malawiri, Walbiri and Areva joint ventures in Australia; add significant high-grade Mineral Resources to Marenica's asset base, which increases to 110 Mlbs U3O8. The Mineral Resources are significant in their own right, but when coupled with the potential of Marenica's U-pgrade(TM) beneficiation process, Marenica can foresee how further value could be unlocked from these assets.

The acquisition is timely given the pending decision on the uranium Section 232 Petition in the US and the improving fundamentals for the uranium market. Marenica continues it's exciting phase of development in the uranium space."

The Assets to be Acquired

Angela is a sandstone-hosted roll-front type uranium deposit with an Inferred Mineral Resource of 30.8 Mlb U3O8 at 1,310 ppm U3O8 located in the Amadeus Basin of the Northern Territory, approximately 25 km from Alice Springs.

The Thatcher Soak deposit is located within the main Yilgarn calcrete province in Western Australia and includes an Inferred Mineral Resource of 10.9 Mlbs U3O8 at 425 ppm U3O8. Thatcher Soak is a calcrete hosted uranium deposit. Other similar style deposits in this province include Yeelirrie, Lake Way, Centipede and Lake Maitland.

The mineral resources of the Sundberg, Hill One and Karins deposits are also included in the Bigrlyi Joint Venture.

Walbiri is a sandstone-hosted roll-front type uranium deposit with an Inferred Mineral Resource of 15.5 Mlb U3O8 at 641 ppm U3O8 located in the Ngalia Basin of the Northern Territory.

Malawiri is a sandstone-hosted roll-front type uranium deposit with an Inferred Mineral Resource of 1.2 Mlb U3O8 at 1,288 ppm U3O8 located in the Ngalia Basin of the Northern Territory.

Marenica will acquire the Acquisition Assets from Optimal by paying cash of $250,000 and issuing 27,500,000 convertible preference shares ("CPS"), which Optimal will then in-specie distribute to its shareholders, at which time the CPS will automatically convert into Marenica ordinary shares ("Transaction").

Marenica has agreed to provide a bridge loan of $250,000 to Optimal for the following purposes (and in the following order of priority); first assist in completing the transaction in accordance with the Binding Term Sheet, second to satisfy cash calls under the Joint Ventures, rents or rates on the Tenements and third for working capital purposes ("Bridge Loan"). The amount advanced to Optimal under the Bridge Loan facility, will be offset against the cash portion of the purchase price of $250,000. The Bridge Loan facility will terminate on 30 September 2019. The Bridge Loan will be secured over Optimal's 100% owned tenements, which are the subject of this acquisition.

The Transaction is subject to a number of conditions, including:

- Marenica completing final due diligence of the Acquisition Assets within 14 days;

- ASX confirming within 30 days that:

(a) the CPS are appropriate and equitable for the purposes of ASX Listing Rule 6.1;

(b) a waiver will be granted by ASX in respect to Listing Rule 9.1.3 so that the CPS (and the ordinary shares in Marenica into which they convert upon being distributed in-specie to Optimal shareholders) will not be restricted; and

(c) it will not exercise its discretion under Listing Rule 11.1.3 to require Marenica to re-comply with Chapters 1 and 2 of the ASX Listing Rules.

- Marenica's shareholders approving the Transaction for the purposes of section 254A(2) of the Corporations Act and Listing Rules 7.1 and 11.1.2 (if required by ASX) within 60 days;

- Compliance with all regulatory approvals within 75 days;

- Optimal obtaining shareholder approval for the Transaction and under section 256B and 256C(1) of the Corporations Act for the in-specie distribution of the CPS referred to above within 60 days.